A grand piano. Not something you could carry around on your back, obviously. But you might not know that said instrument actually weighs about 300kg and requires four people to move it.

Why this seemingly irrelevant piece of trivia? Well, because that’s roughly how much lighter the new Alpine A110 is than the car it hopes to steal sales from, the Porsche Cayman, which in itself is far from a heavyweight. Yep, the French newcomer is all about lightness, from its aluminium chassis and body right through to its one-piece bucket seats and even its stereo.

And if you’re thinking this new upstart doesn’t have the heritage to compete with a powerhouse like Porsche, think again. Alpine (pronounced Alpeen) actually has a glittering history dating back more than 60 years, including winning the first ever World Rally Championship in 1973 with the car this new model’s design and name evoke. The company has just been… well, let’s say ‘hibernating’ for the past couple of decades.

But there’s a third option for sports car lovers with £50,000or so to spend: the Audi TT RS. Its philosophy couldn’t be more of a contrast to the A110’s, with raw power hoping to offset an even bigger weight disadvantage than the Cayman’s. 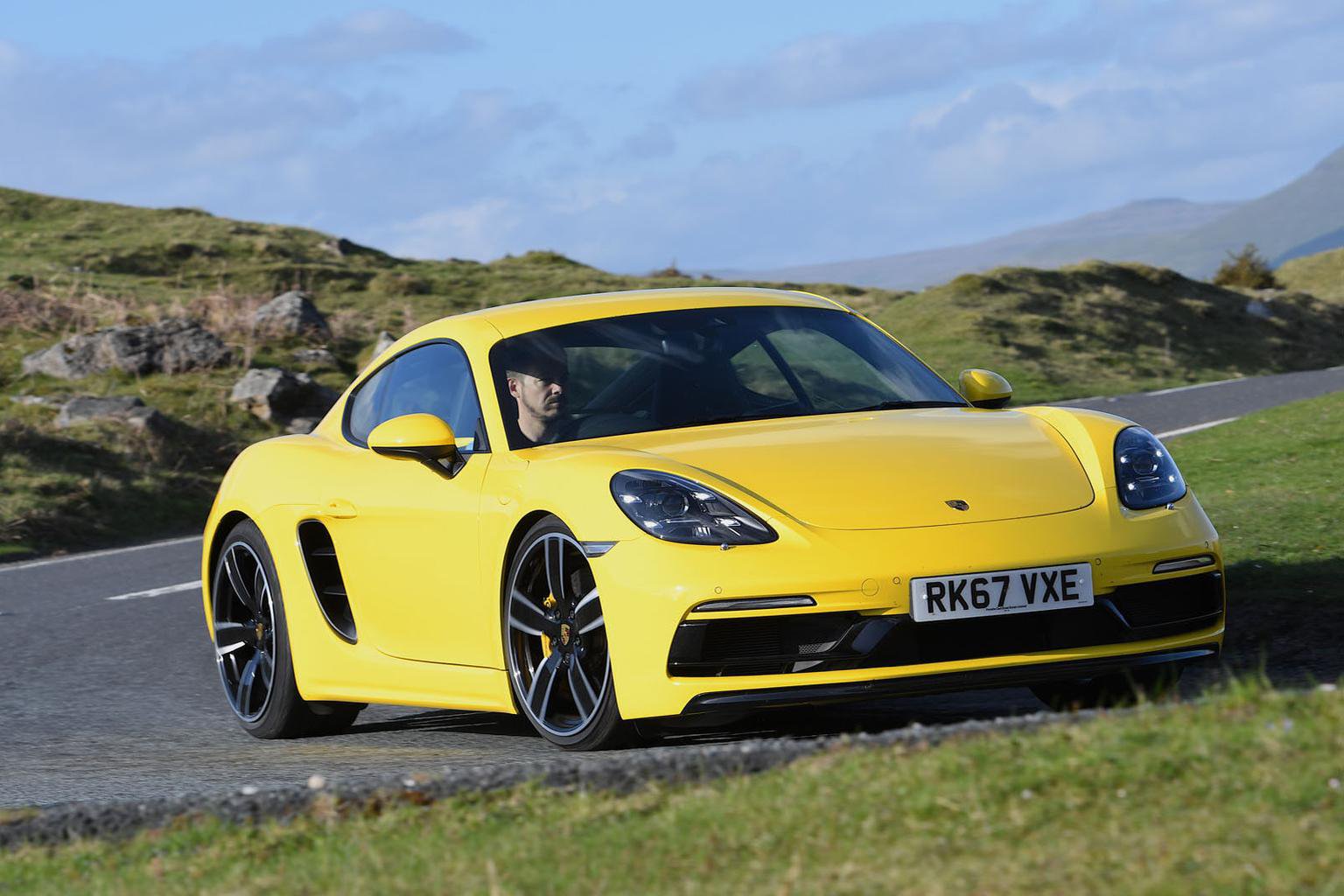 How do you get your thrills? No, no, we don’t mean that sort; we mean the four-wheeled variety. Because your answer to that question has a huge bearing on which of these very different cars will give you the biggest kick.If it’s mainly by blasting away from traffic lights and listening to an angry exhaust, we’d put money on you favouring the four-wheel-drive TT. It seems the brief sent to Audi’s engineers was “Just make it as fast and as loud as possible”. And on both counts, it’s an unmitigated success.

In fact, ‘fast’ doesn’t even come close to describing the way it accelerates. Activate launch control (by standing on the brake pedal, plunging the accelerator to the floor and then releasing the brake) and it slingshots you down the road like few cars in any price bracket, clocking 0-60mph in a McLaren 540C-equalling 3.5sec.

Then there’s the noise. The TT’s 2.5-litre five-cylinder engine barks loudly when it fires into life and purrs deliciously as you drive around. If you’ve opted for the RS Sport exhaust (£1000), you can press a button to crank up the volume to 11, with spits and pops echoing from the pair of gigantic oval tailpipes in a wonderfully antisocial fashion. 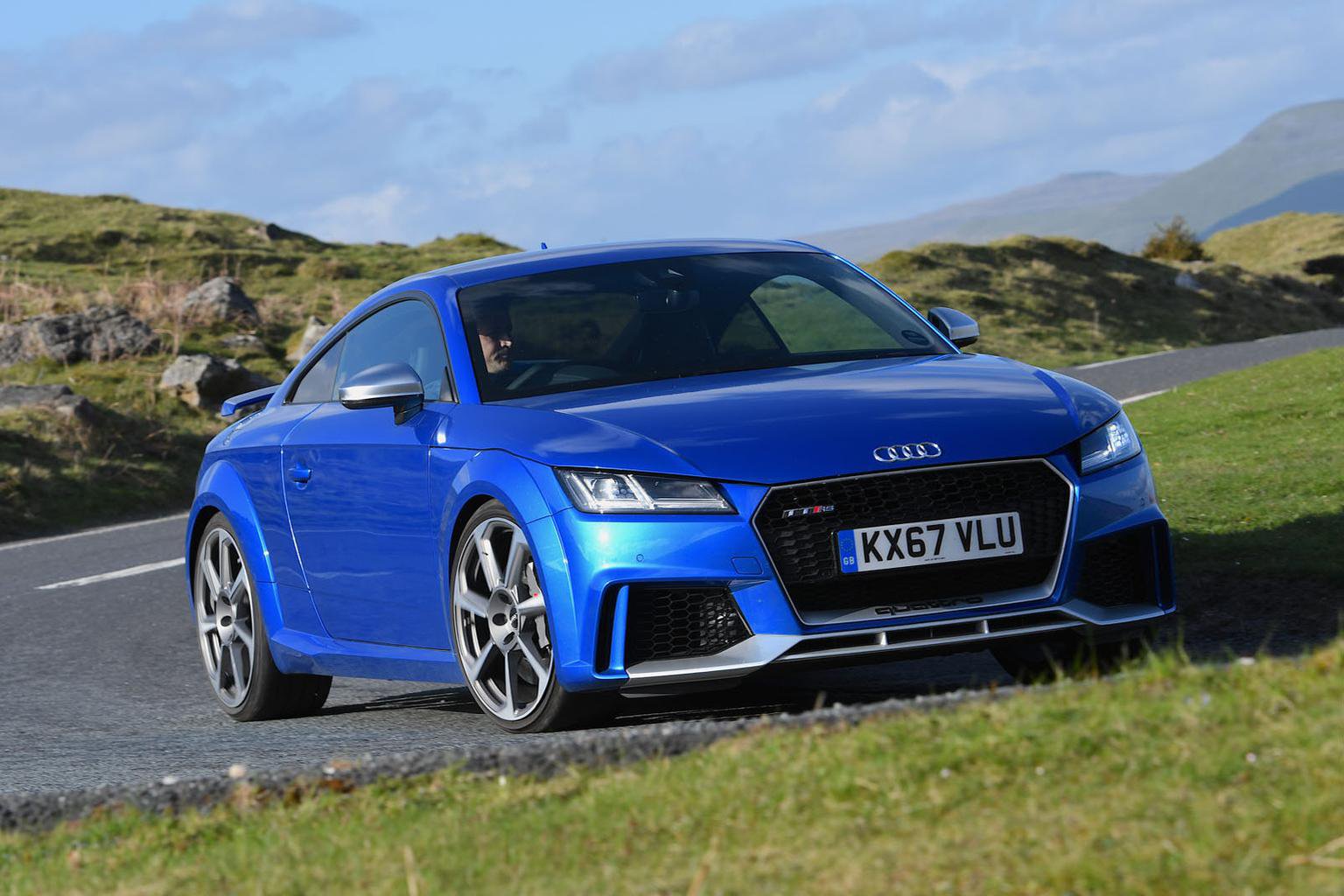 When it comes to aural delights, the Cayman S really couldn’t be more of a comedown. The stuttering phut-phut from its engine at tickover is more reminiscent of something you’d use to trim your front lawn than a sports car, and even on the move, the noise is more VW campervan than Porsche 911. Adding the sports exhaust (£1380) is like turning up the volume when a song you don’t like comes on the radio. We’d save the money.

It’s a real pity, because the performance delivered by the flat four engine is very good indeed. Not in the same league as the TT’s, admittedly, and there are several flat spots below 3000rpm, but on our launch control-equipped (£1271) test car, the Cayman still managed 0-60mph in a deeply impressive 4.0sec.

In this particular battle, brute force emphatically beats low weight; the 248bhp A110 simply has no answer to the 345bhp Cayman or 395bhp TT. That said, it’ll still comfortably out-accelerate all but the fastest of hot hatches (0-60mph takes 4.8sec) and it sounds heaps more appealing than the Cayman. True, the roar from its four-cylinder engine isn’t particularly exotic, but it’s loud, tuneful and accompanied by a smattering of pops from the exhaust every time you lift off the accelerator.

All three have twin-clutch automatic gearboxes with seven gears. The Cayman’s is best, being both the smoothest and, when you seize control by pulling the paddles behind the steering wheel, quickest to react. The A110’s ‘box is almost as snappy in Track mode, but the TT’s is often slow to react to downshift requests.

While sheer power wins through in the drag race argument, it doesn’t when the debate shifts to handling. Yes, the TT can carry lots of speed through corners, especially those of the fast, sweeping variety, but it never feels particularly composed when doing so. You can sense the engine’s power being shuffled brusquely between the front and rear wheels as the electronics try to maximise traction, while the steering never really gives you the precision or feedback that most sports car lovers will yearn for.

There’s more to love about the Cayman. Much more. Simple physics – the engine being in the middle of the car rather than the front – mean it feels inherently more balanced in fast bends and there’s even more lateral grip. The Cayman’s steering is also far more precise than the TT’s, building weight more naturally to give you a better sense of how close you are to the limits of adhesion. 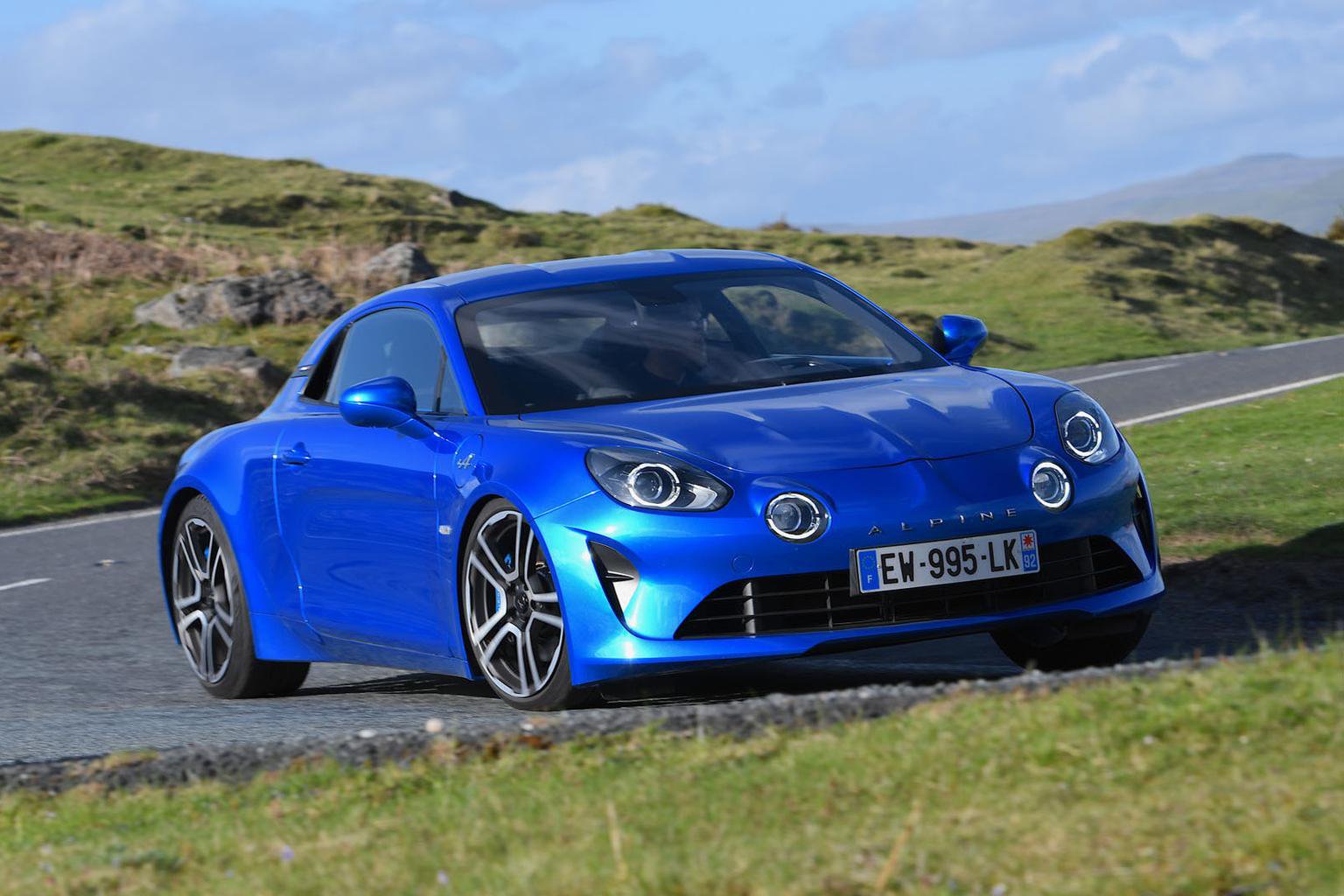 But even the Cayman can’thold a candle to the A110. That the French car weighs so little helps its cause immensely, but it’s how wonderfully balanced it feels that makes it such a delight to drive. Its nose reacts to small steering inputs with a speed and delicacy that the Germans can’t compete with, and you’re always rewarded with more feedback filtering up to your fingertips. Yes, the A110’s relatively skinny tyres mean it can’t carry as much speed through corners as its rivals, but that’s missing the point. This is a car that, quite rightly, puts driving pleasure above arbitrary lap times.

None of these sports cars is bone-shakingly uncomfortable, but the Cayman smooths over bumps best, particularly around town – at least when equipped with optional PASM adaptive dampers (£1010). With no fancy suspension options, the A110 is noticeably firmer, yet its impeccable damping means it doesn’t lose composure over broken surfaces; you feel the impact but there’s no nasty crash.

Even when the TT is equipped with adaptive dampers (£995), its ride is the most wooden at all speeds, not helped by the optional 20in wheels fitted to our test car. 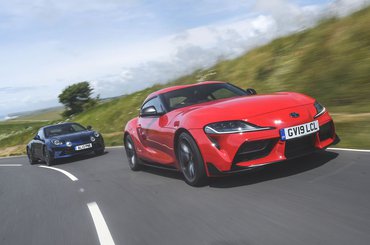