Fourth-generation Prius is much improved, but has a higher list price than conventional rivals.

One of our favourite family cars now comes with an impressive three-cylinder petrol engine.

The world’s best-selling hybrid is now better than ever. For the fourth-generation Toyota Prius, the company has improved economy yet again: choose a version with 15in wheels and it achieves a claimed fuel economy figure of 94.1mpg. Plus, the Prius now offers a smarter interior, more space and improved driving dynamics. Whatever you think of the new styling, there’s no question it's more distinctive, too.

To find out if all this make the Prius a better buy than conventionally powered rivals, we’ve picked two economical family hatchbacks to compare it with: the stylish Mazda 3 with a new 1.5-litre diesel engine, and the Volkswagen Golf with a 1.0-litre three-cylinder turbo petrol. Can the Prius hold its own against these mainstream eco-champions? 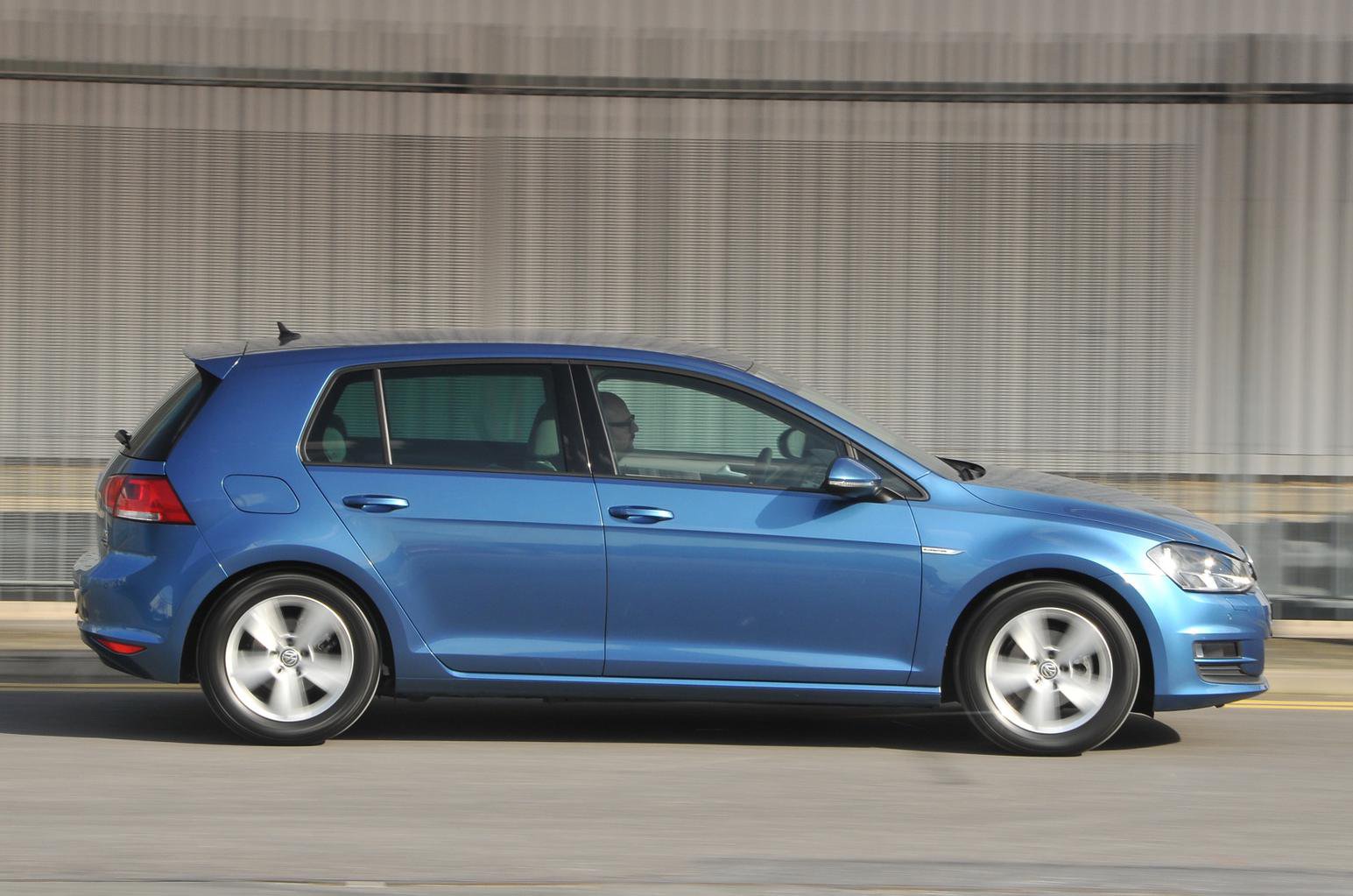 The low-speed, stop-start challenges of urban traffic are a perfect match for the hybrid powertrain of the Prius. It operates in near-silent electric mode over short distances, and it delivers outstanding economy around town. When required, the petrol engine cuts in; it’s reasonably hushed if you’re gentle with your right foot, and there’s enough power to keep up with traffic.

While the Golf’s 1.0-litre engine is louder in stop-start traffic, its three-cylinder burble isn’t at all intrusive, and it’s quietest of the trio when you accelerate hard. In contrast, the Mazda 3’s diesel engine is rough at idle and noisy thereafter. 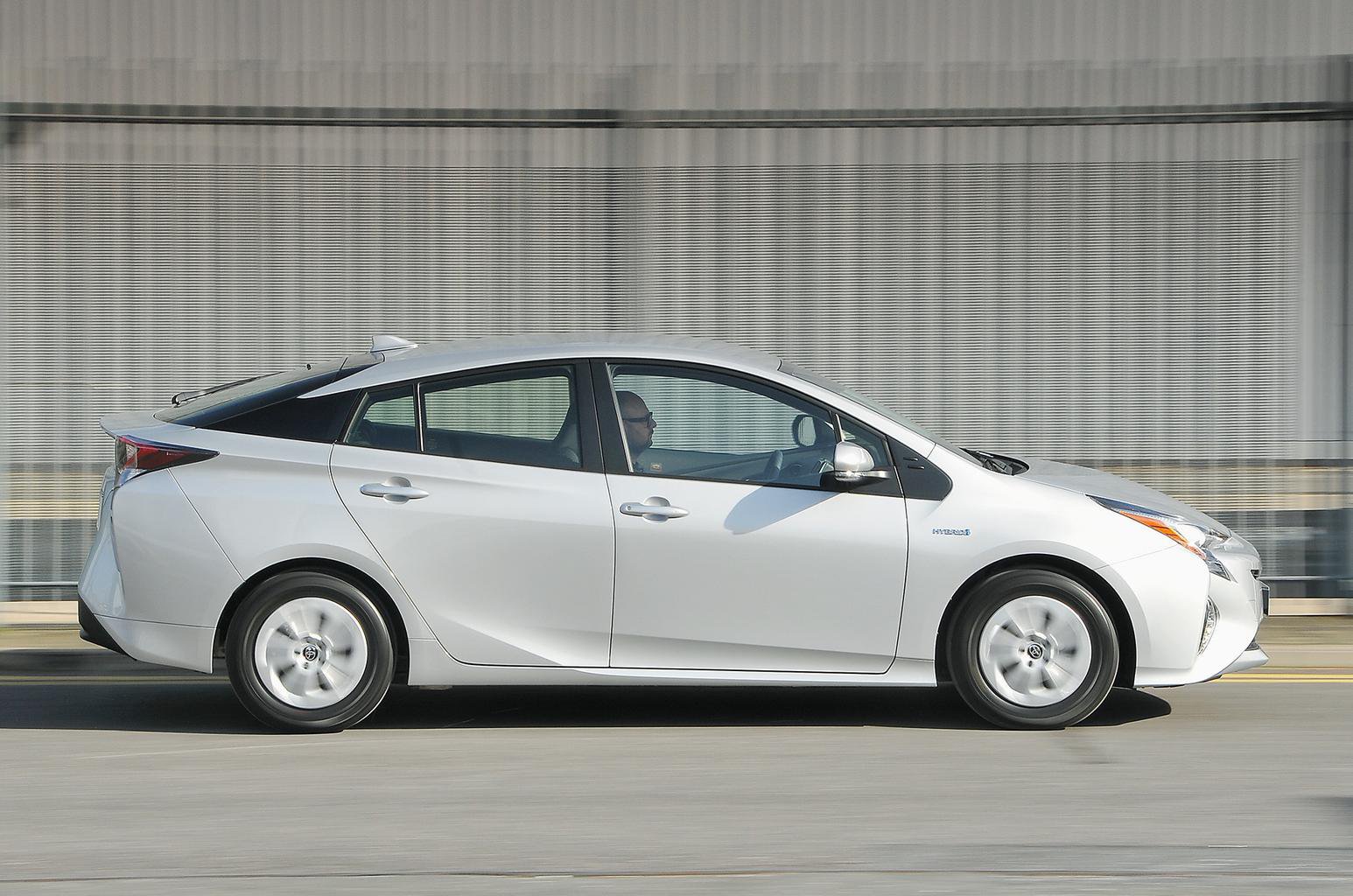 Unsurprisingly, none of these hatchbacks is rapid, but the Golf is the nippiest; it’s the only car here that reached 60mph in less than 10 seconds. Its petrol engine has a broad power band, pulling strongly between 2000rpm and 6000rpm. The Prius and Mazda 3 are only just over a second slower to 60mph, but the Mazda is comparatively gutless at low revs, while the Toyota’s CVT automatic gearbox makes its engine rev wildly if you accelerate hard.

Low-speed ride comfort is best in the Prius and Golf, with ridges nicely dealt with, especially by the Prius thanks in part to its high-profile tyres. The Golf has the slickest ride as you pick up the pace, although the standard lowered suspension of the Bluemotion model results in a bumpier ride than in other Golfs. The Mazda 3’s ride is the noisiest and most unsettled. It fidgets about over bumps at low speeds, although our test car’s larger-than-standard 18in wheels were partly to blame. 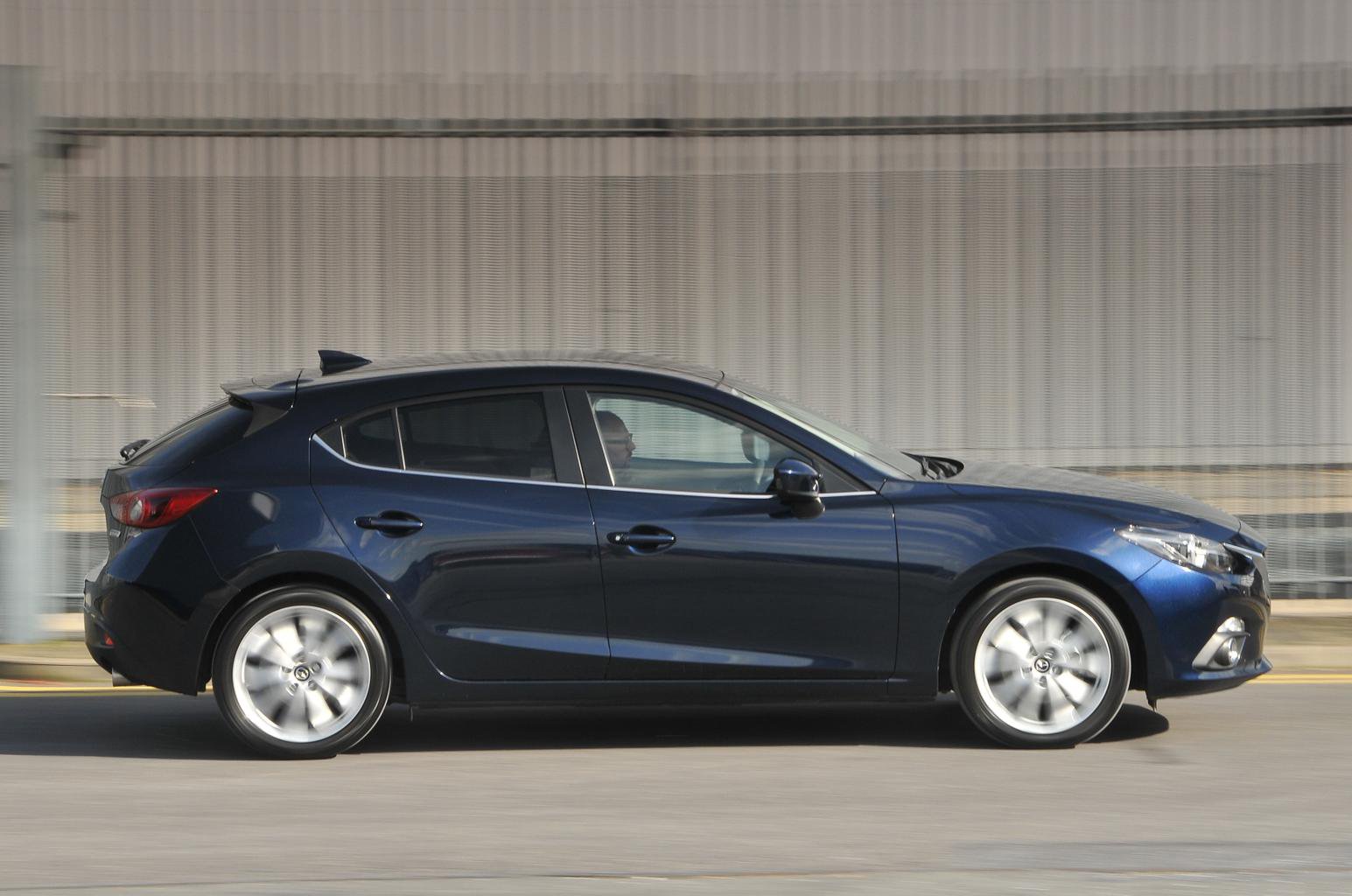 The Prius’s handling is a welcome surprise. Its steering is responsive and pretty accurate, giving you a good idea of how well the front wheels are gripping. There’s quite a bit of body sway, but it turns in to corners quite smartly. Body control and grip impress most in the Mazda 3, but its relatively heavy steering feels stodgy and inconsistent. In contrast, the Golf’s steering is light, yet much more natural.

In the wet, the Golf’s front tyres lose grip earlier than the Mazda 3’s, but the Golf’s combination of tidy handling and a willing engine make it the most enjoyable car to drive. It has a slightly slicker gearshift than the Mazda, too.

The Golf also wins for motorway manners, shutting out wind and road noise best, and feeling very composed. The Mazda 3 feels the least stable at high speed. Meanwhile, the Prius is blighted by grabby brakes.