All of our contenders have fundamentally sound driving positions, with the major controls and seats aligned just so. And each has plenty of adjustment for the driver’s seat and steering wheel, so you’ll be able to get comfortable whether you’re tall or short. The Kona is the only one with adjustable lumbar support, but the Mokka and ID.3’s seats are unlikely to cause any backache even without this feature. 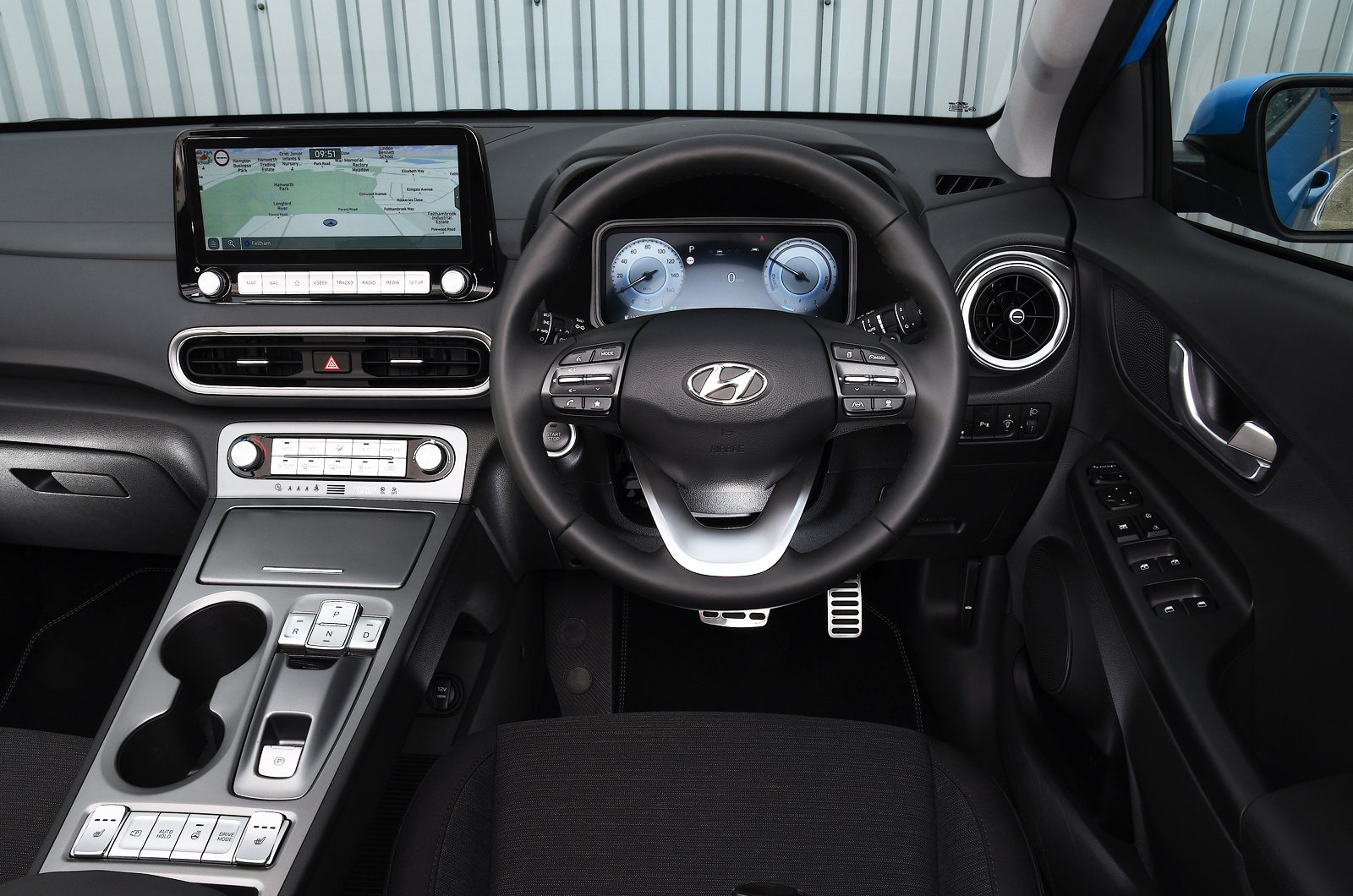 The Kona and Mokka have conventional windscreen pillars that are slim enough to see past without much of a problem, whereas the ID.3’s are each split in two (like those of many MPVs) and can hinder your view at junctions. The Mokka’s thick side pillars can create visibility issues if the driver’s seat is slid right back, though; taller drivers have to crane their neck to see to the sides at angled junctions. The good news is that front and rear parking sensors are standard in all three, and only the ID.3 misses out on a rear-view camera in the trims we’re testing.

Each of our contenders comes with a digital instrument panel ahead of the driver, although the ID.3’s is rather disappointing. It’s about half the size of the other cars’ and doesn’t show such a broad spread of information. 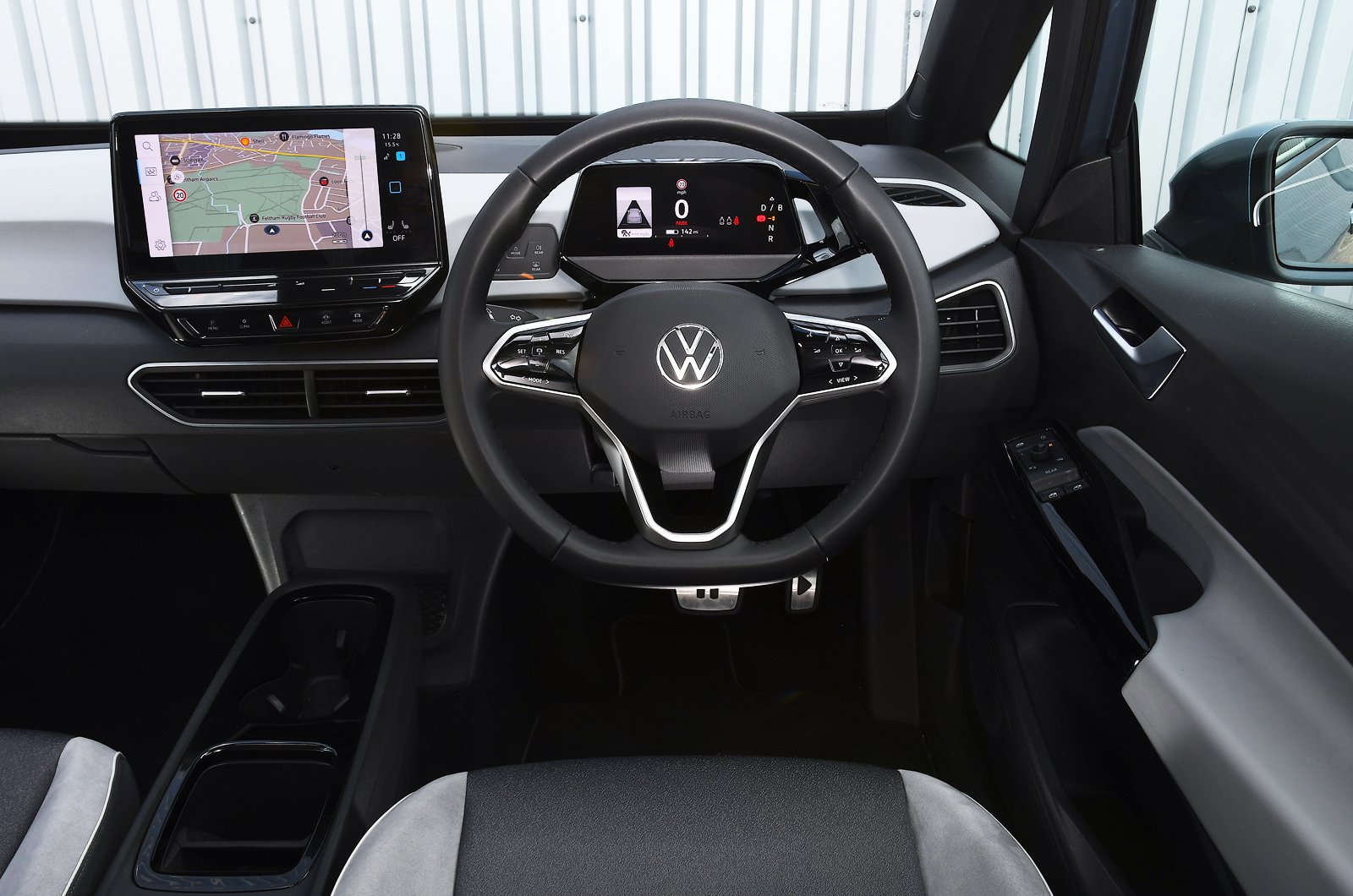 Meanwhile, the ID.3’s touch-sensitive dashboard controls are infuriating to use on the move; even changing the temperature requires you to take your eyes off the road for too long. That’s especially true at night, because most of them aren’t illuminated. We much prefer the simple, backlit physical buttons and knobs found in the Kona and Mokka.

Still, you can count on Volkswagen for a high-quality interior, right? Well, not really. There may be a thin sliver of soft-touch plastic on the ID.3’s dashboard and doors, but everything else is hard plastic. At least the interior feels solidly screwed together and has a nicer look and feel than the Kona’s interior, which employs even more unyielding, scratchy plastic. The Mokka has the greatest spread of squishy stuff, but it also feels the flimsiest in terms of build quality 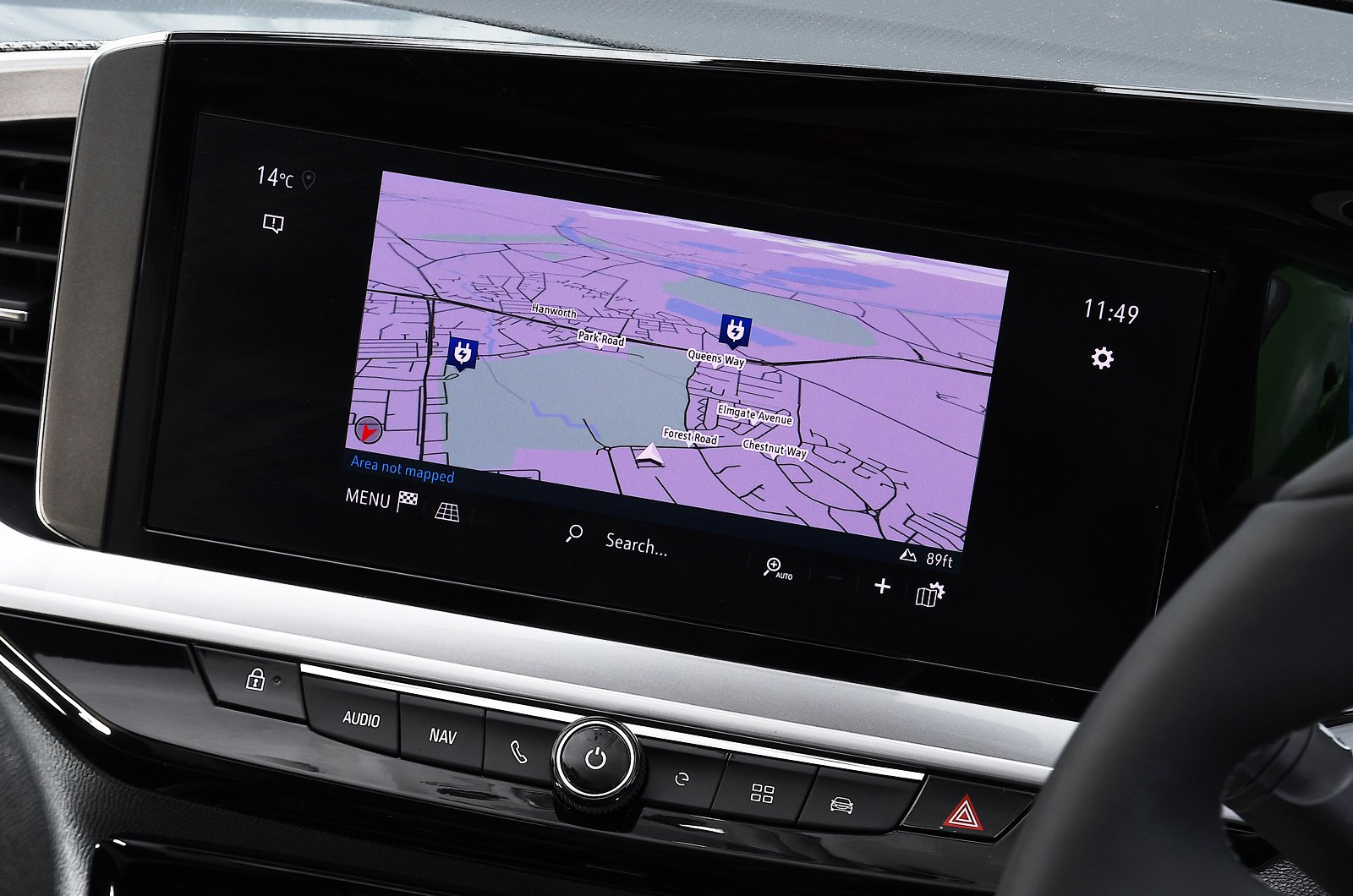 The screen may technically be the same size as the ID.3’s (10.0in), but some of the space at the sides is taken up by other things (such as the air-con temperature), so in reality it’s more like 8.0in. The graphics are fairly sharp, but the screen isn’t especially responsive to inputs and the menus can be confusing; changing radio stations is particularly frustrating. At least phone mirroring is standard, so you can bypass the clunky software altogether. 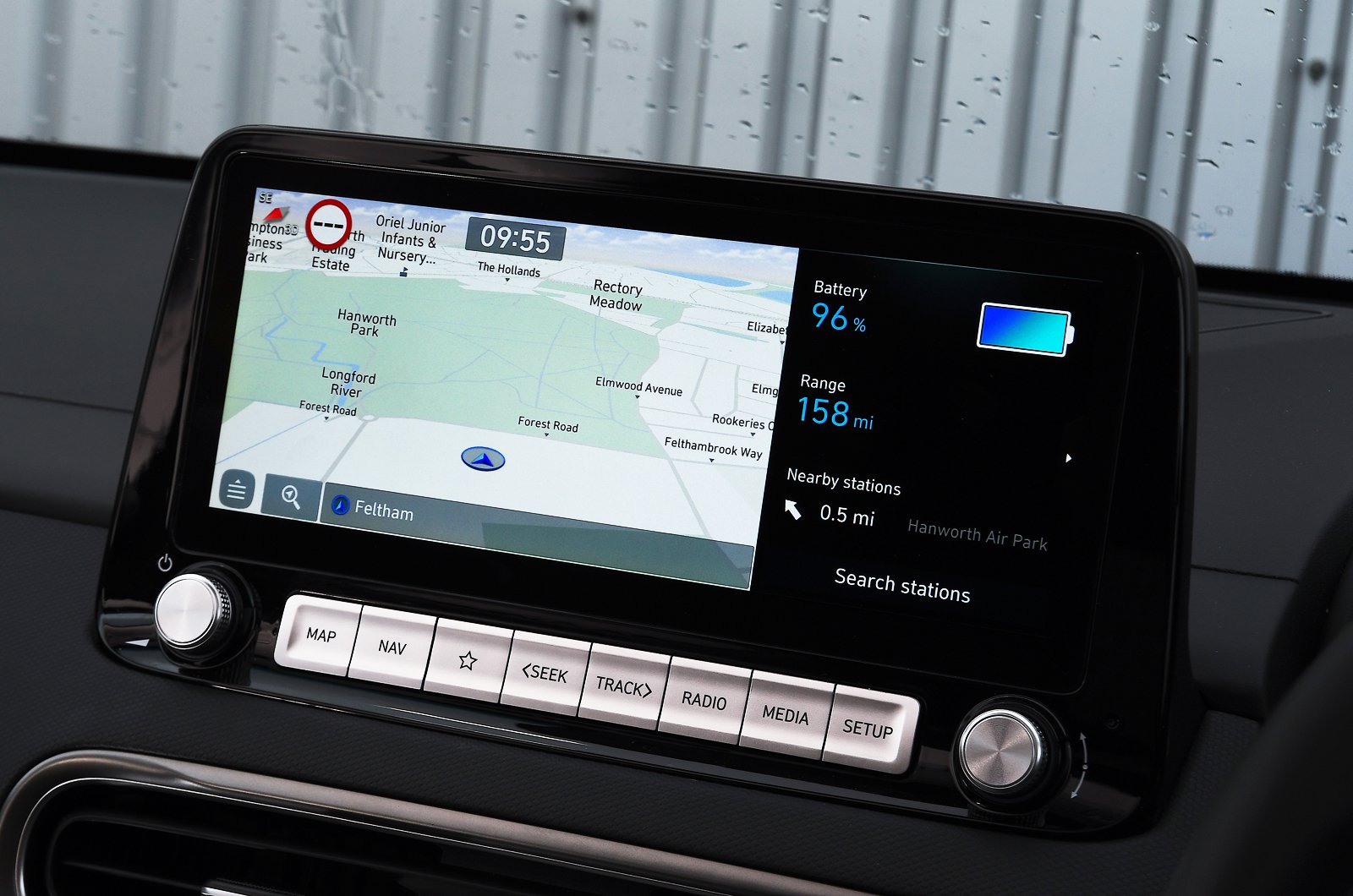 We’re fans of the Kona’s large touchscreen infotainment system; the graphics are sharp, it’s responsive to commands and the menus are easy to fathom, although some of the icons are a bit small. Physical shortcut buttons allow you to skip to the function you want in a blink, and there are handy knobs for adjusting the volume and scrolling/zooming easily on the move. Given that phone mirroring is standard too, this is one of the better touchscreen systems out there. 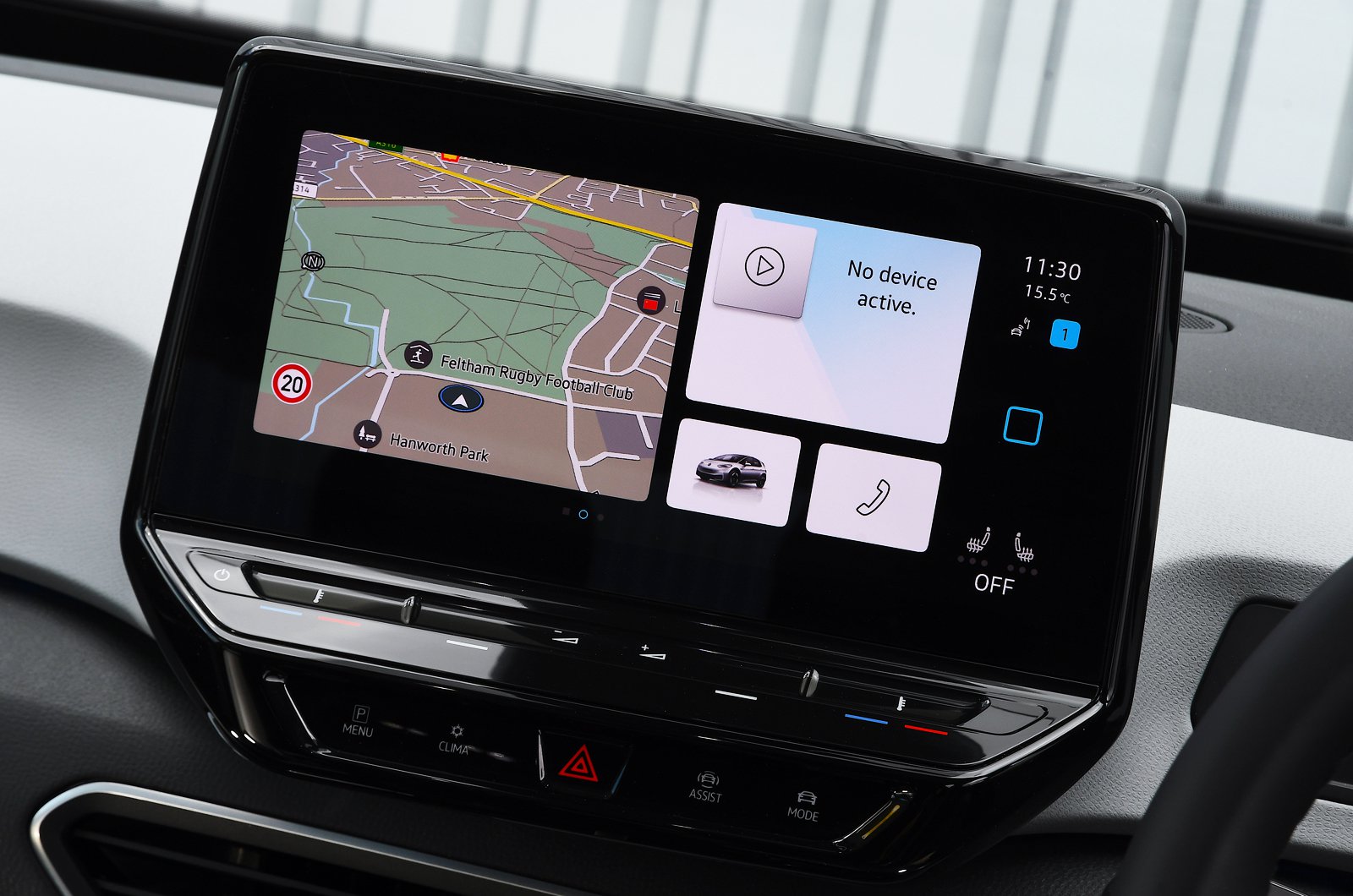 The large, sharp touchscreen is impressive to look at, but things go downhill rapidly when you start using it. The menus are confusingly laid out, and rather than labelled icons, in some cases there are just pictures. You eventually learn where things are, but turning off the lane-keeping assistance, for example, is never easy. Thankfully, phone mirroring lets you bypass much of this, and at least this example didn’t seem as glitchy as the systems in other ID.3s we’ve tried. 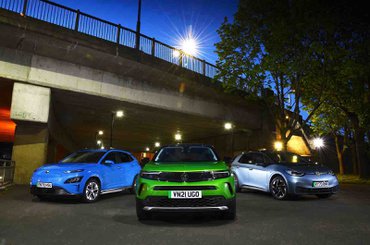