Volkswagen had added some spice to the city car class with the sporty new Up GTI. The car it has to beat is the Abarth 595...

The Up’s brochure price is significantly cheaper than the 595’s. Discounts are harder to come by on the 595, but there are triple-figure savings to be found on the New Car Deals section of whatcar.com. Even so, the Up will still end up costing you more than £1000 less to buy.

On a PCP finance deal, the 595 is a scant £8 cheaper per month on the same terms. That’s mainly down to a hefty deposit contribution from Abarth, although the 595’s relatively slow depreciation also helps. 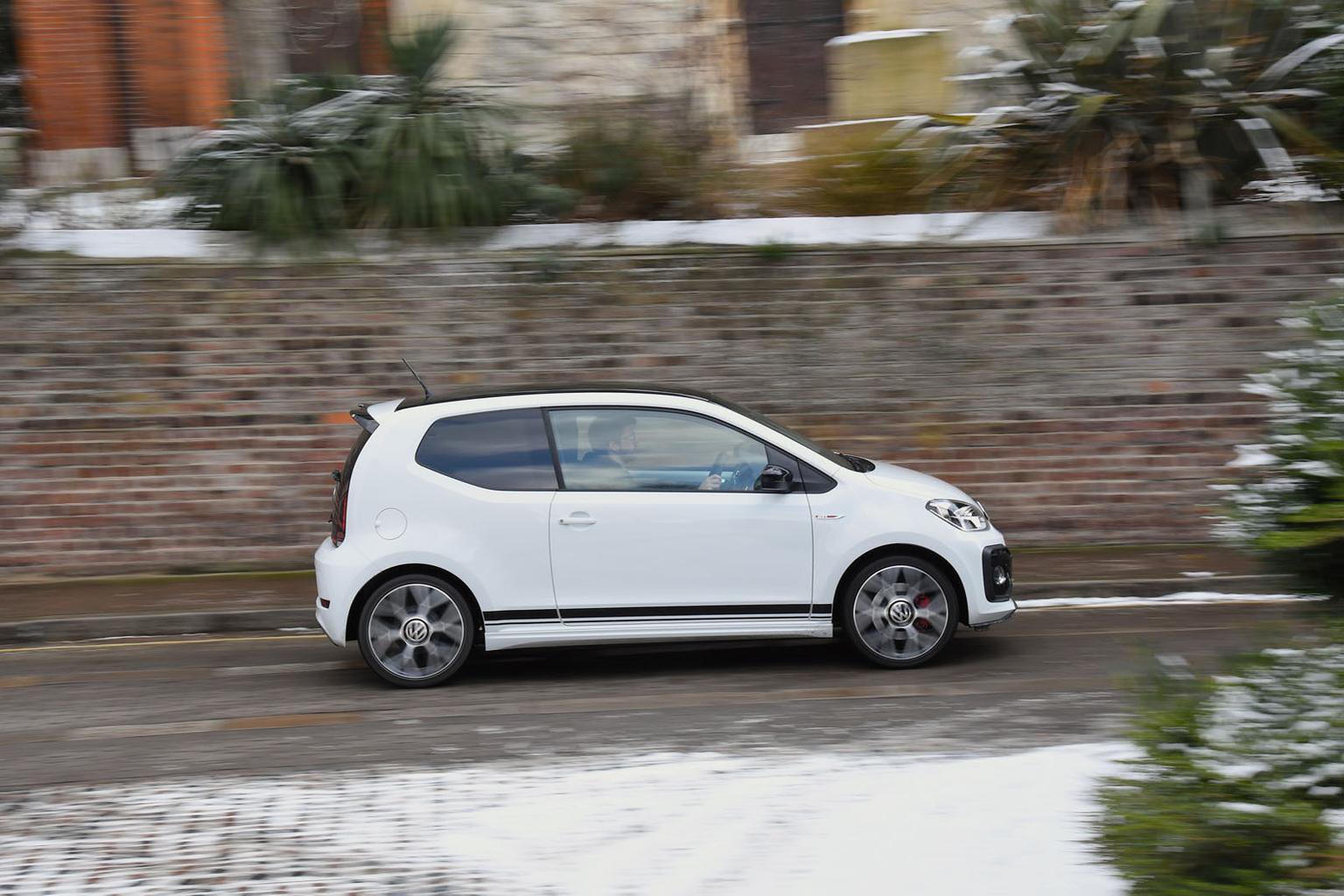 But the Up is by far the cheaper car to run. Its 1.0-litre engine is more fuel efficient and it costs much less to insure. If you’re a company car driver, the Up’s monthly leasing rates are lower and it’s around £40 a month cheaper on benefit-in-kind tax (for 40% taxpayers).

The Up scores better for safety, too; its five-star Euro NCAP rating thrashes the 595’s three-star performance. The Up is also alone in offering automatic emergency braking, even if it is a £380 option.