Yamaha has launched its new Neo electric scooter, with a top speed of 22mph and a range of 23 miles...

Japanese motorbike manufacturer Yamaha has launched its new Neo electric scooter – it's first model offering performance equivalent to a 50cc moped to be offered in the European market.

The brand recently announced it would be offering a suite of new electric models including a new range of electric bikes and an e-moped.

The Neo is powered by a 50.4V lithium-ion battery that is located below the seat in the centre of the body.

Weighing 8kg, the battery can deliver a range of up to 23 miles, and can be removed from the Neo’s body for charging. The portable battery can be plugged into a domestic socket and charged in around eight hours. 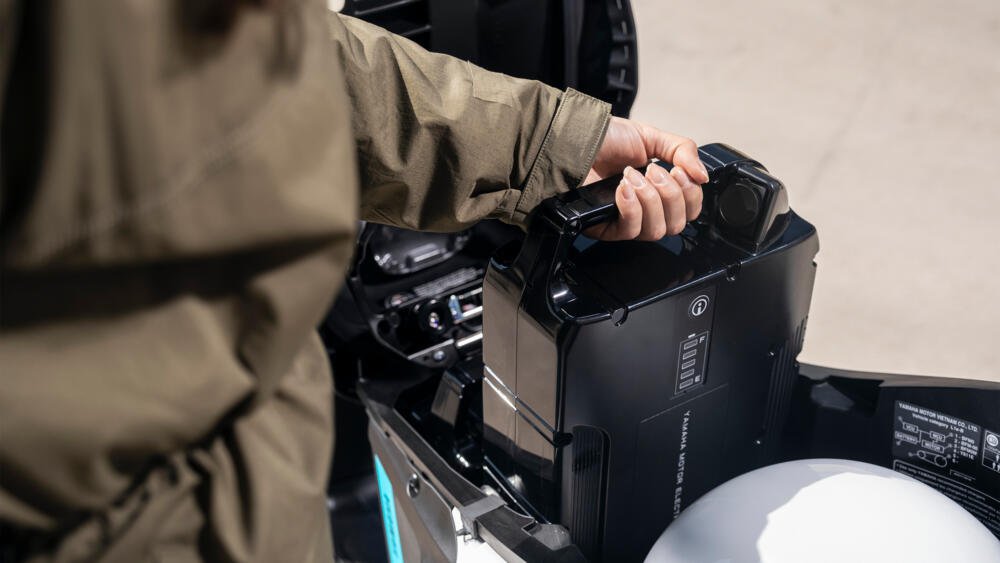 The Neo is capable of carrying a second battery, extending the range to 42 miles, although that comes at the expense of the underseat storage space, which otherwise has enough room for a full-sized helmet.

Neo riders will be able to choose from a number of driving modes. The standard mode delivers the highest power output of 2.06kW and is designed for general use on normal roads, while Eco mode is aimed at reducing battery consumption and limits the machine's top speed to 22mph. 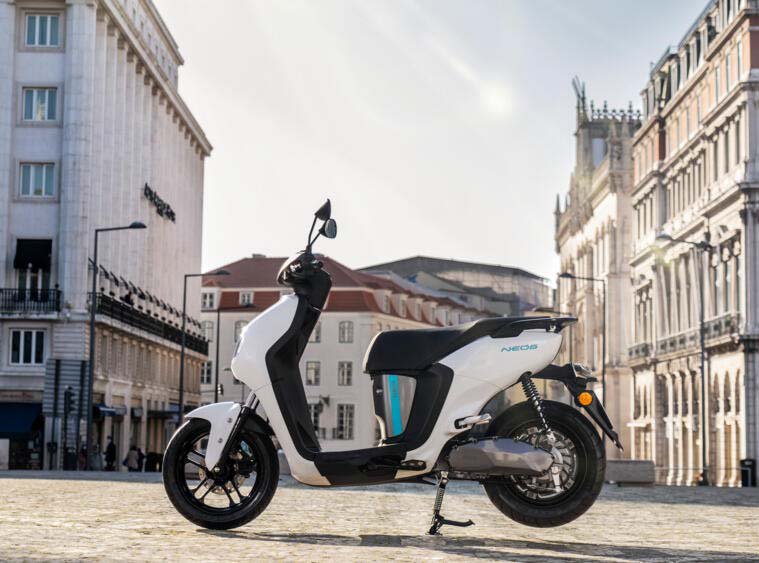 In the middle of the handlebars sits an LED screen, which displays the electric scooter's speed and range among other information. Riders can also connect their smartphone to the Neo using the MyRide app, allowing the phone to act as the digital display. 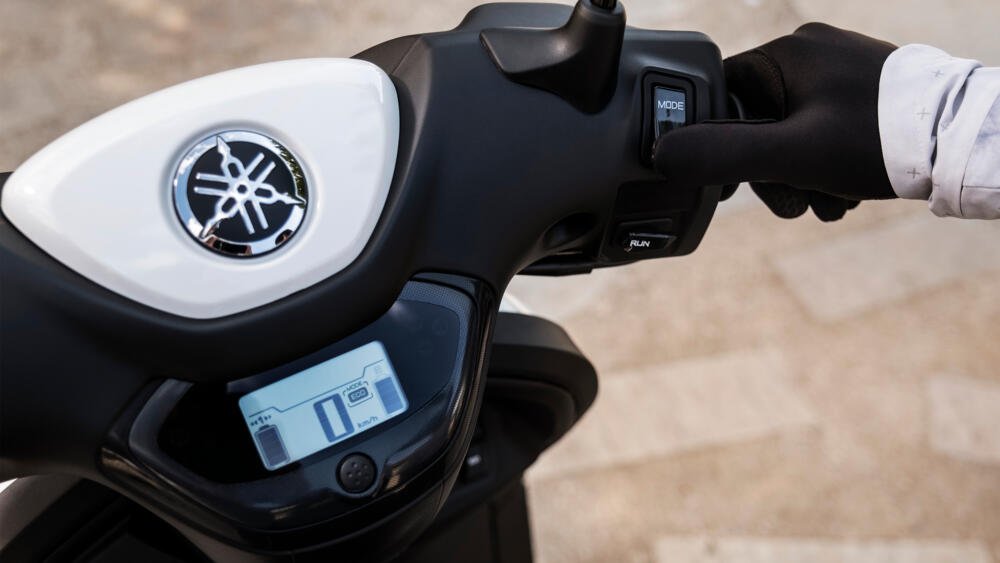 The new e-moped features Yamaha’s new Aqua colour, which has been developed to showcase the brands new shift to electric mobility.