The Peugeot 5008 is not just great to drive, but also to be in, thanks to striking styling and a desirable aura inside and out...

22 February – Goodbye to the best car I've ever had

Farewell, then, to the best family car I have ever had. Farewell, perhaps, to the best car I’ve ever had. This Peugeot 5008, powered by a 1.2-litre petrol engine, represents a remarkable combination of space, practicality, frugality and – above all else – value for money.

Maybe I should have expected this: the 5008 is, after all, now a double winner at the What Car? Awards. However, having stepped into it from its Award-winning predecessor, the Skoda Kodiaq – a car I believed to be great – I expected only incremental improvements. In fact, it is much better in many ways; none more so in achieving its goals with a charm that puts it on a par for desirability with heavyweights such as the Range Rover Evoque in my eyes.

It’s subjective, of course, but I’d argue that character begins with the 5008’s rugged SUV presence and is enhanced by high-tech details, such as the upright lines of the rear headlamps. Then there’s the uplifting interior, including the piano key-style infotainment controls to the materials choices, matching plastics, leathers and the like with with striking fabrics that add colour and tactile contrasts. The only negative that sticks in the mind is a hard-to-find USB port in the front and the total absence of any in the back. 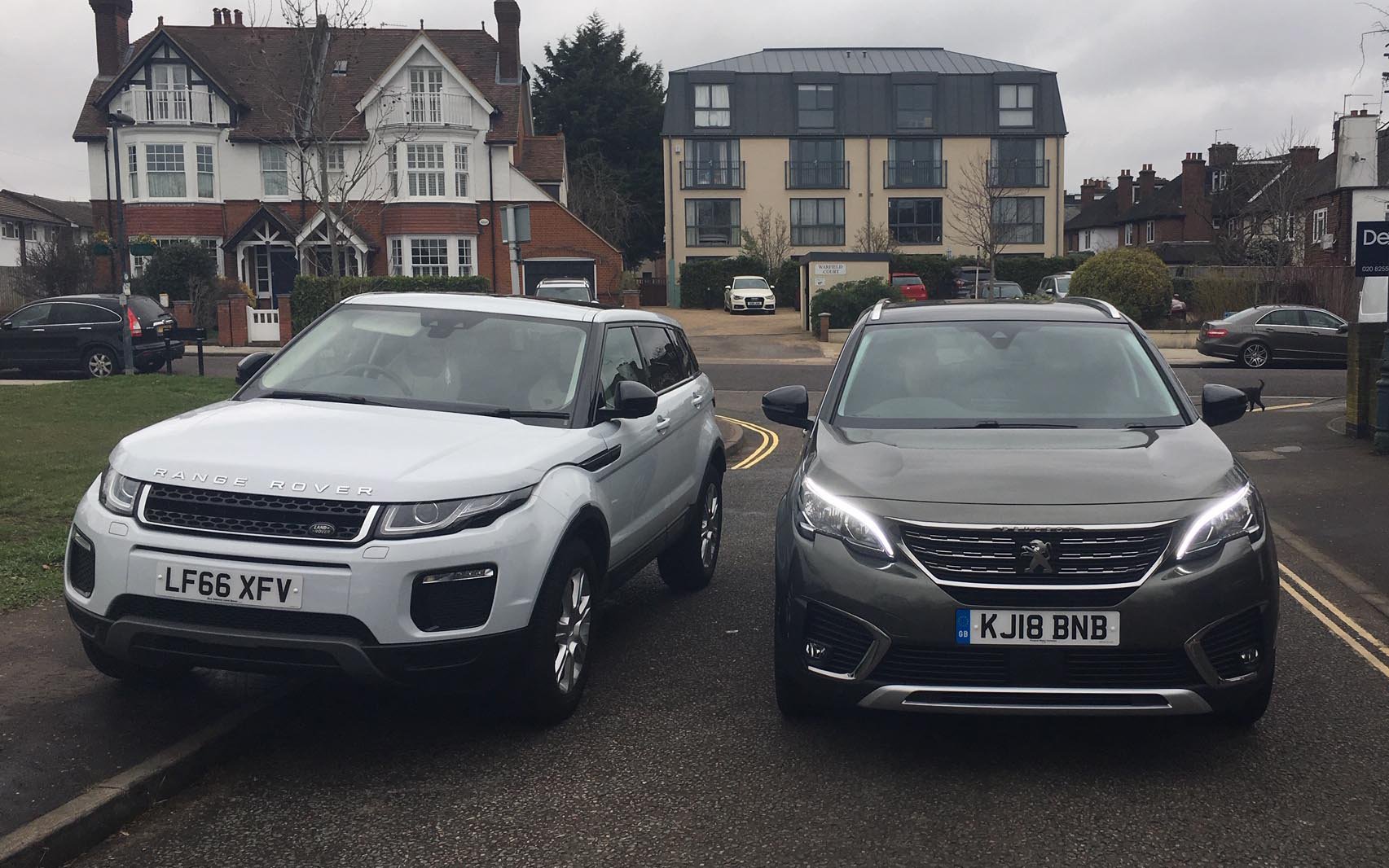 Overall, though the Peugeot 5008 is a car that reminds you of the value of clever design. It is a car that lifts your mood before you’ve even turned the key, and for all of its considerable rational qualities, I could never have written that about the Kodiaq.

If that gives the impression that the 5008 is all charm and no substance, however, think again. It is true that some of the panel finishes were short of teutonic precision, and there was an incident when the steering boss started – and then stopped, a while later – squeaking under heavy lock, but overall the quality and durability was first-rate, and that’s very important for a car that gets kicked about by the rough and tumble of family life.

It scored highly for practicality, too, and not just because it had seven comfy seats with decent space, a middle row that individually slides, underfloor storage or a front passenger seat that could fold flat so you could transport extra long loads.

What stands out as an abiding memory is that, for a family of four, sometimes with three extra friends, sometimes with two weeks of luggage, we were never troubled getting what we wanted into the 5008. It made family life easier, too: bliss really can come in the form of a fold down tray behind the driver’s seat, if the said tray supports a book, game or tablet that keeps the kids quiet and the parents happy. The 1.2-litre petrol engine, meanwhile, was a revelation. Pause on that for a moment, because the adequately powerful, brilliantly refined and reasonably frugal engine is the proof that small, turbocharged engines can be effective in the real world. It is, I think, the best engine of its kind, bar none and I had no regrets about the £1039 option of linking it to the smooth automatic gearbox. Some What Car? testers argue that the car is fine without, but I liked how it made the 5008 a doddle to pull out of junctions and a care-free cruiser on twisty roads.

Sure, the 5008 equipped with this engine was never going to be a fire-brand, but is that why anyone buys a family SUV? If you need more pulling power then there is a diesel option, but I’d urge anyone considering the car to at least test drive the petrol engine. Likewise, the car majors on being easy to drive and comfortable to be in, rather than trying any way to be exciting or deliver a frisson of handling verve. It is all the better for it, I think.

Sad times, then, as this king of cars heads off. It does so with a final flourish, too, recording solid residual values, adding to the value it delivers and underlining just how in demand the 5008 has become (there is a small waiting list at the moment) and just how much it is helping to change perceptions of the Peugeot brand as a whole.