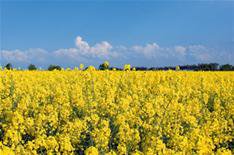 Prime Minister Gordon Brown has launched an investigation into the impact of biofuels on world food prices, saying the UK should be selective in supporting any initiatives.

This follows a meeting between the Prime Minister and aid agencies, scientists, supermarkets and farmers, where it was shown that agricultural land was being used to produce biofuels instead of food, pushing up food prices.

The policy review comes after the Government began implementing its Renewable Transport Fuel Obligation last week, which requires petrol and diesel to contain at least 2.5% of biofuel. This proportion is scheduled to rise to 10% by 2020.

'We need to look closely at the impact on food prices and on the environment of different production methods, and to ensure we are more selective in our support.

'If the UK review shows that we need to change our approach, we'll also push for change in EU biofuels targets.'

The Department for Transport is already conducting a review on the 'indirect effects' of biofuels, which will be published in June.