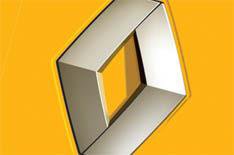 Renault has confirmed that a new small convertible will go into production next year at its Twingo factory in Slovenia.

The new car will share mechanicals and engines with the Twingo hatchback, but it will have unique styling and will be marketed under a new name.

Renault plans to make the car both affordable and environmentally friendly, with small, economical engines that produce CO2 emissions of under 140g/km.

No more details have been revealed, but a concept car is expected to be revealed at the Frankfurt motor show in the autumn.

The production model is scheduled to hit showrooms in summer 2010.