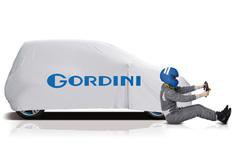 Renault's hot Gordini models will be on sale in the UK from next spring.

As What Car? revealed in March (Hot Renault Gordinis to return), a range of hot hatchbacks will sit alongside existing Renaultsport cars.

The Twingo Gordini RS will be the first to arrive in spring 2010, with a Clio Gordini model following a few months later.

No decision has been made yet about whether a Megane Gordini will join the line-up.

Renault says the cars will have the same power outputs and suspension set-ups as existing Renaultsport models, but will have different interior and exterior styling to mark them out.

The Twingo Gordini RS will be unveiled in Paris on November 25, and prices will be revealed closer to the cars' launches.