Skoda will offer a close look at its 2017 SUV with the launch of the VisionS concept car at the Geneva motor show... 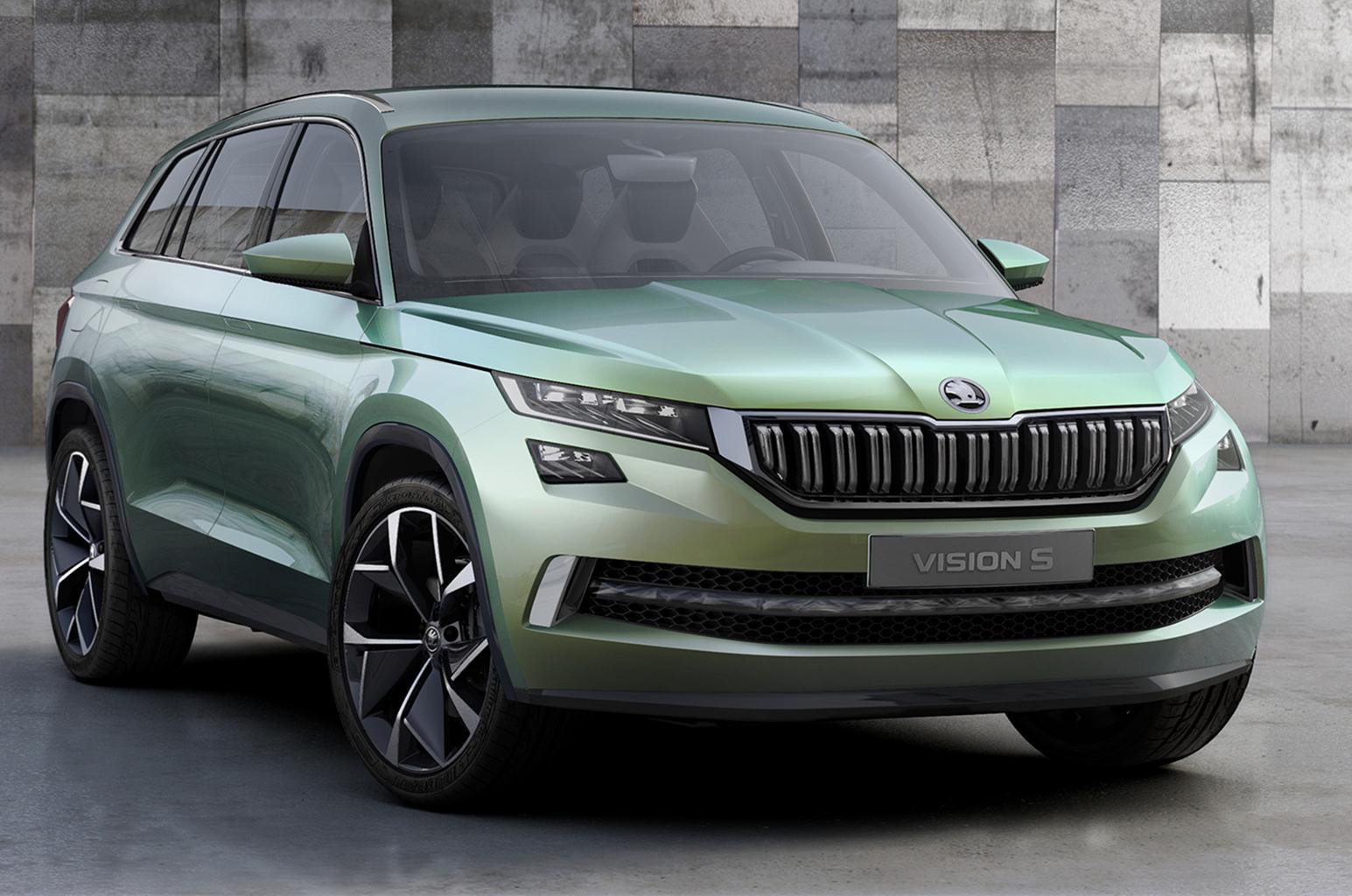 Skoda will preview the design of its upcoming SUV with the launch of the VisionS concept car at next month's Geneva motor show.

The VisionS offers seating for six passengers, plus their luggage, and is longer, wider and lower than the Kia Sorento, one of the SUV's main rivals.

The Skoda Kodiaq has been revealed - get the full story here

Plans for Skoda's first ever SUV model stretch back to 2014, when company bosses first discussed the idea of a new large model to crown Skoda's range.

The proposed SUV, which is expected to be named Kodiaq, will come in both five and seven-seat forms, and will be powered by engines taken from the current Superb. A diesel-electric hybrid version is also planned.

Powering this conceptual version is a 1.4-litre turbocharged petrol engine, which works in conjunction with two electric motors - one on each axle, giving the car four-wheel drive. The hybrid powertrain produces 222bhp, enough to get the VisionS to 62mph in 7.4sec and on to a top speed of 124mph.

Skoda says the VisionS can travel up to 31 miles on electric power alone, with a total range of 621 miles. The car emits just 45g/km of CO2.

Underneath, the Skoda SUV will share most of its parts with the VW CrossBlue, a similar-sized SUV, which is due to go on sale later this year.

When it goes on sale in 2017, prices for Skoda's SUV are likely to start at around £24,000, making it cheaper than its main rivals from Kia and Hyundai.