More for you |
Used test: Audi SQ5 vs Range Rover Evoque vs Porsche Macan - verdictPromoted | Volkswagen provides support for getting back to workTrue MPG: most efficient prestige SUVsThe rising cost of post-coronavirus motoringWhat’s it like to buy a new car during the coronavirus pandemic?
Home
News
So when will we switch?
news

So when will we switch?

* French commit to 2013 date for cars * UK Government fully supportive, too * Some believe demand is not there... 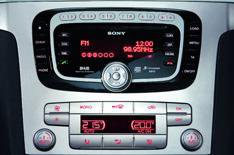 So when will we switch over?
Much of the Government's strategy for digital radio was formed on the basis of a report written by the Digital Radio Working Group (DRWG), published last December. The report set out an 'aspirational' timetable towards a full switchover to digital radio.

However, the report conceded that the switchover process could take up to 12 years, and could leave millions of cars without access to digital radio.

The Society of Motor Manufacturers and Traders (SMMT) was involved in shaping the report, so it can be assumed that the 2014 date is an attainable one for car manufacturers and one which they'll adhere to.

There's undoubtedly a long way to go, but to help ensure these targets are met, the Government is commissioning a working group consisting of broadcasters, radio manufacturers and car makers, whose task it will be to increase the attractiveness, availability and affordability of DAB radio.

A Department for Culture, Media and Sport spokesperson said: 'We are in the process inviting people to the first meeting of the Digital Radio Delivery Group, which we hope to hold in early April.

'We are in constant contact with the SMMT who are advising us on who to invite.'

So the first steps towards standard in-car DAB radio have already been taken.