Our chief photographer needs a car that's spacious, comfortable and which can go anywhere. Could the seven-seat Ssangyong Rexton be just the thing?...

Why it’s here To find out if you can run a big, rugged SUV without it costing the earth

Needs to Tackle all terrains in any weather, cut the mustard as a photographer’s workhorse, and prove comfortable and economical on a mix of journeys.

Ssangyong is far from a household name in the UK, but it has started to carve itself a niche, building up a small but devoted following. Its pick-up trucks in particular have fans in the agricultural community, where their ruggedness and brawn can be put to good use. Indeed, it was these qualities that attracted me to the Ssangyong Rexton SUV.

Having run an older Ssangyong Musso some years ago, I've already experienced the mettle of the brand's motors. And for the mission I have in mind, the Rexton makes an attractively priced alternative to the Toyota Land Cruiser – a model that perhaps more readily springs to mind when you're looking for a rugged large SUV. You see, with coronavirus restrictions loosening (and hopefully staying that way), my duties as What Car?’s chief photographer will soon return to something like normality, and that means I could be called to virtually anywhere in the country to take snaps of cars.

And when I say anywhere, I mean just that. Not just on the beaten track, but likely as not off it. The Rexton’s spec list suggests that it’s eminently qualified to venture off road, with selectable four-wheel drive including a low-ratio mode, and a grunty 199bhp 2.2-litre diesel engine.

It also scores strongly when it comes to another vital attribute I seek in a car: boot space. In the few weeks I’ve had the car, it has effortlessly swallowed my usual cargo of camera bags and lighting kit, although I’ve not yet had to carry my bulkiest gear or tried it  in seven-seat mode. Those seven seats will come to the fore when football practice restarts and half a dozen of my lanky mates want to join me on the pitch. 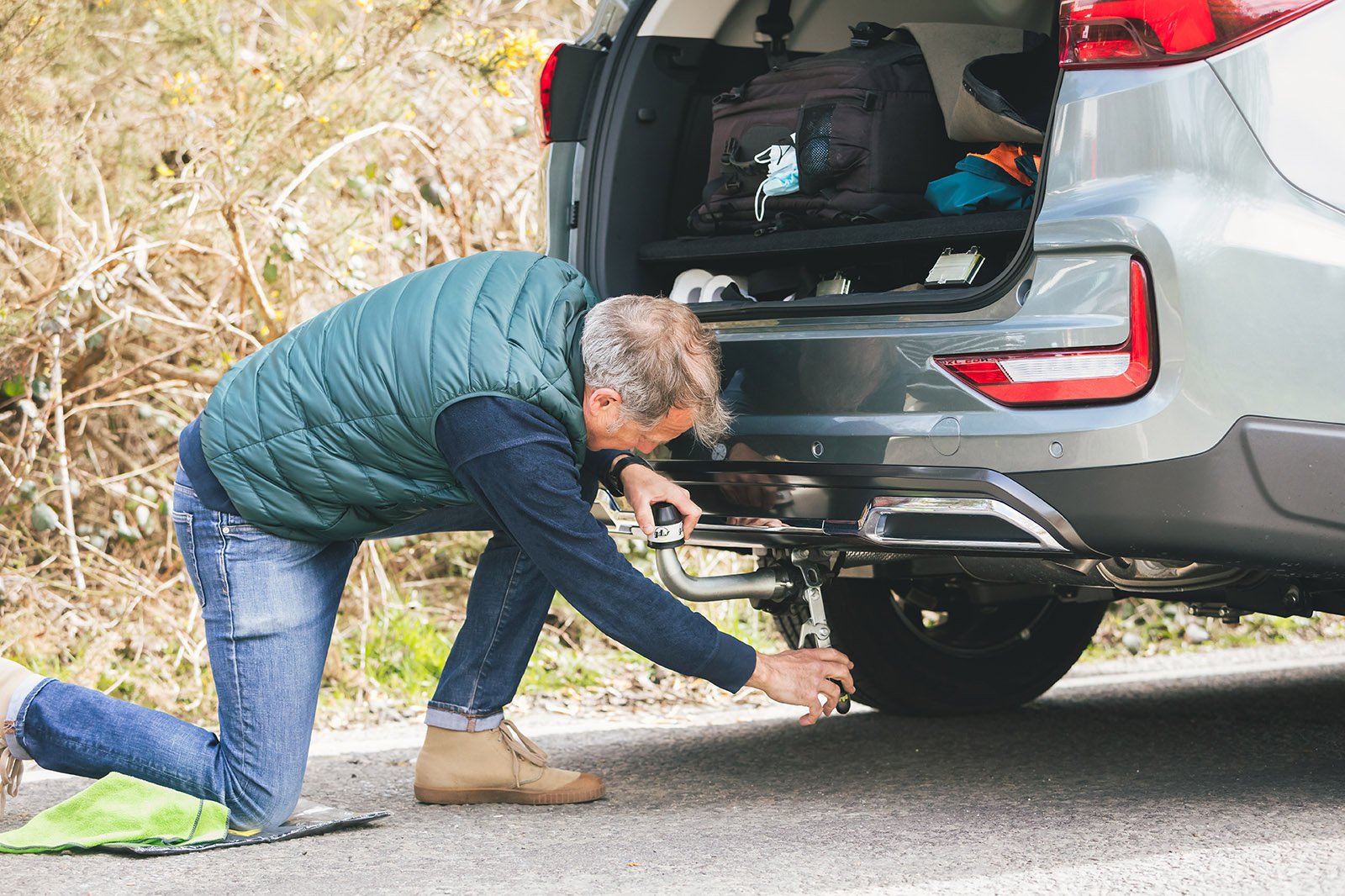 So what spec did I plump for? Well, Ssangyong makes it easy to choose by not really doing optional extras in the way most other brands do. There’s a choice of two trim levels, Ventura and Ultimate, and mine’s the latter.

I chose metallic Elemental Grey paint (£690) as an upgrade from the standard solid white, and added a removable tow bar (£505, plus 13-pin wiring kit at £290), as much to serve my own purposes as to improve its resale appeal – caravanners and other folk who frequently tow are another crowd Ssangyongs appeal to.

That’s it as far as options are concerned, but I’m hard-pressed to think of much that Ultimate trim misses out on anyway. Among its lengthy list of standard kit, you’ll find soft Nappa leather seats (ventilated and heated in the front and heated in the rear), a 9.2in touchscreen infotainment system with TomTom navigation and support for Apple CarPlay/Android Auto smartphone mirroring. 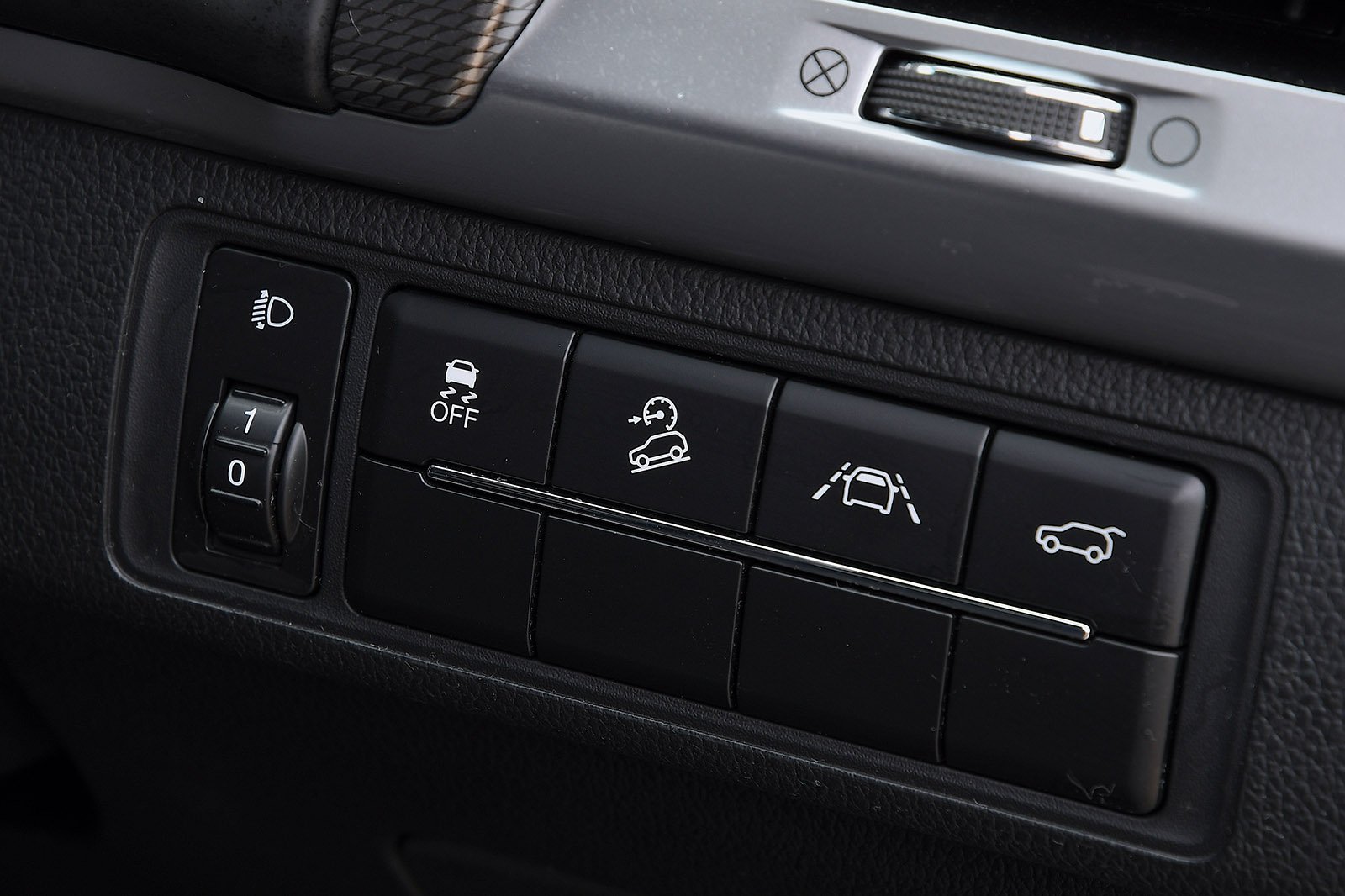 Joining that tally is a 3D ‘around view’ monitoring system, which uses the infotainment screen to display a view to the front, around and behind the car when manoeuvring in tight spaces. Or it did, anyway – soon after I took delivery, the rear camera became laggy and then packed up altogether.

The Rexton is a big old beast to park, so that's something I’ll want to get fixed as soon as possible, but it's the only real issue I’ve experienced so far. In fact, the infotainment system definitely passes muster. It’s certainly more user-friendly than some systems I’ve used recently (particularly in models from Peugeot), and has useful physical buttons to change between modes.

So, will I go on to regret choosing the keenly-priced Ssangyong over Brand X in the Large SUV doorstep challenge, or will the Rexton prove that more familiar marques don't have the game to themselves? Watch this space. 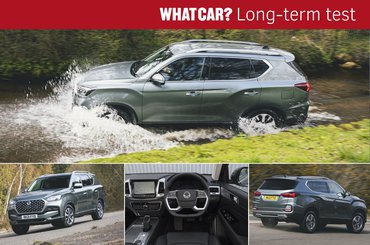 Our chief photographer needs a car that's spacious, comfortable and can go anywhere. Could the seven-seat Ssangyong Rexton be just the thing?