More for you |
Best used family cars for less than £20,000February 2021 new car sales revealed: who were the winners and losers?Best plug-in hybrid cars 2021The best electric cars you can buy today The safest cars on sale today
Home
News
The cars to look forward to in 2014
news

* The most interesting and exciting cars due this year * All go on sale in the next 12 months * Electric sports cars to trendy superminis... 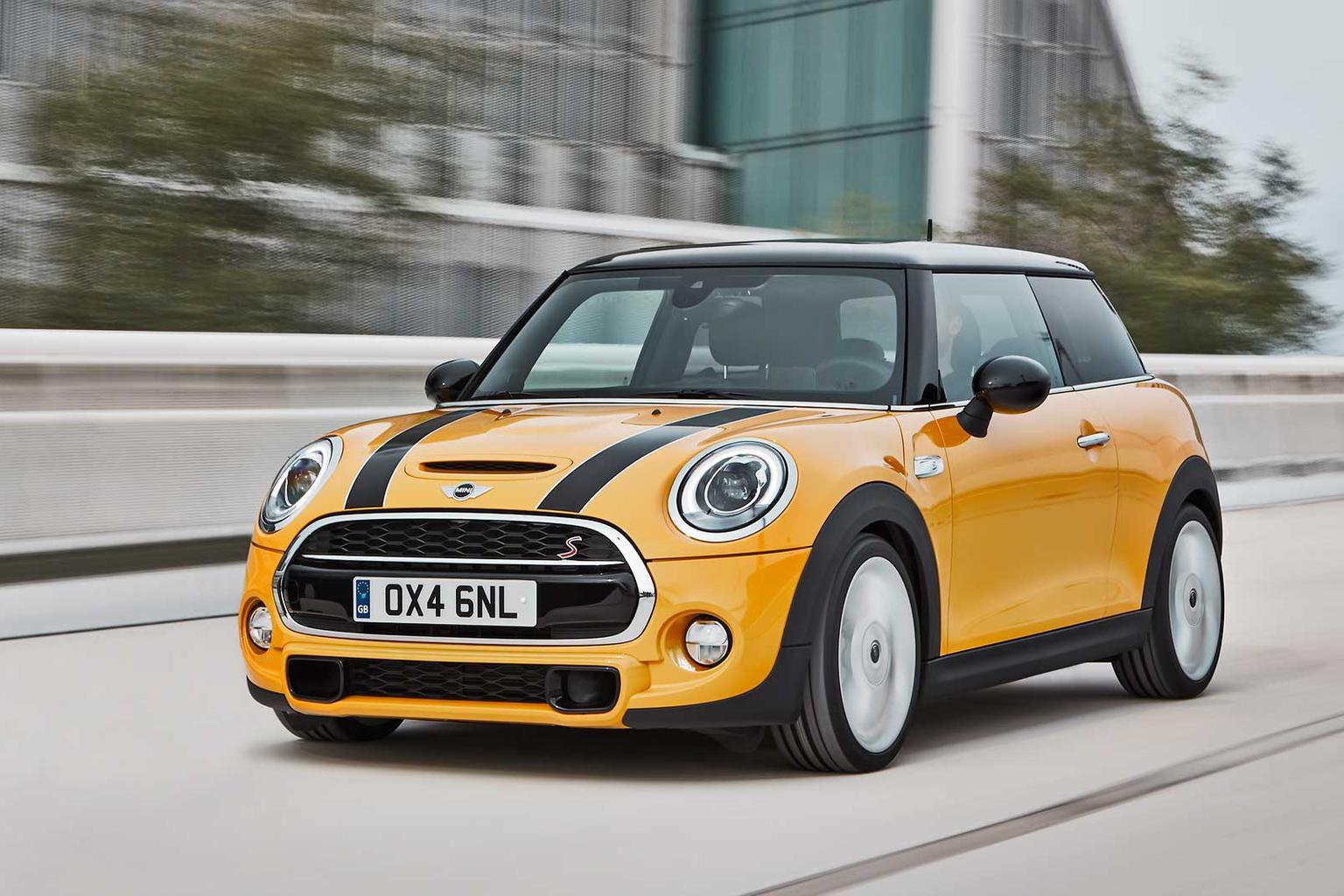 There are plenty of cars due to go on sale in 2014, and many of them are exciting, innovative and intriguing models that are well worth waiting for.

Here are the 19 cars that we are most looking forward to over the next 12 months.

Audi A3 E-tron
The low-emission hybrid version of our 2013 Car of the Year has an electric range of 31 miles and blends hot hatch pace with CO2 emissions of just 35g/km. It's due out at the back end of 2014.

Audi A3 Cabriolet
The Audi A3 range has won adulation and awards aplenty since it launched, and the convertible model arrives in March this year. It's lighter than outgoing model, and promises class-leading comfort. It’s priced from £25,790.

Audi TT
The second-generation of the Audi TT has spent years picking up awards, and the third generation arrives, hoping to take over where the last one left off in the summer. It will get cylinder-on-demand tech and be built on VW Group’s MQB chassis platform.

BMW 2 Series
Just as the BMW 3 Series Coupe is now the 4 Series, the 1 Series Coupe becomes the 2 Series. The two-door coupe is longer, lower, wider and more spacious than the old 1 Series Coupe and arrives in March.

BMW i8
This mid-engined hybrid sports car is the second BMW i brand model, following on from the city car i3 that launched in 2013. This one is even faster and set to be more exhilarating, with 0-62mph coming in 4.4 seconds. It comes out in the summer.

BMW X4
Another new model from BMW is set to arrive in the summer, and you can expect the ‘son of X6’ to be a four-seat coupé, and to cost around £3k more than equivalent X3s.

Ford Ecosport
Our first drive of the Ecosport suggests it is far from perfect, but there is enough about the Indian-built, Fiesta-based SUV to look forward to. It gets a 1.0-litre three-cylinder petrol engine, and a quirky side-opening boot door. It arrives in the spring.

Honda Civic Tourer
An estate model of a car is not normally the most exciting of vehicles, but this swish-looking estate, which is due in dealerships in February, has a bigger boot than its rivals from Ford, Skoda, and Volkswagen, and rides better than the hatchback. Honda is also entering the Civic Tourer into the 2014 British Touring Car Championship.

Jaguar F-type Coupe
When the Jaguar F-type Coupe was announced it was more than just a hard-top version of the popular and sonorous F-type convertible – the new model also heralds the arrival of a range-topping 'R' model. The coupe arrives in spring, and costs from £51,235.

Kia Soul
The first generation of the Kia Soul was never a runaway success in the UK, but the new version promises improved refinement and driving dynamics. It is based on same chassis as the Kia Ceed and is due out in the spring.

Mercedes-Benz C-Class
If the fantastic new Mercedes-Benz S-Class is anything to go by, then the C-Class is definitely one to look forward to in 2014. The new executive car will be offered with a hybrid powertrain, plus higher-quality materials in cabin and new infotainment system. It goes on sale in the spring.

Mini hatchback
Longer, wider and taller than the outgoing model. The new Mini also gets a revised dashboard and more fuel-efficient engines. It is set to go on sale in spring 2014, with just Cooper and Cooper S models available to start with. Cheaper, and more expensive, versions will follow later.

Nissan Qashqai
The second Qashqai will hope to carry on the first version's success, and it goes on sale in February. When it does, it will offer more space, greater refinement and practicality, and a wider range of safety kit than the old car.

Nissan X-Trail
The Nissan Qashqai is not going to be offered with a seven-seat option, and this is where the new X-Trail comes in. It's more stylish than current car, and available as five- or seven-seater with two- or four-wheel drive. Buy one from July 2014.

Porsche Macan
The Porsche Cayenne made a massive impact when it first launched, and there is no reason whatsoever why its baby brother won't do the same. It gets three engines from launch – two petrols and one diesel – and prices starting at £43,300. Buyers will get their hands on the car from April.

Smart ForFour
Some of Smart's wackiness is likely to be toned down with the next-generation of the five-door city car, as it shares much with the next Renault Twingo. Some unconventional elements will remain though, as it is set to get rear-mounted engines and electric powertrains when it arrives in the autumn.

Ssangyong Korando
Ssangyong's Dacia Duster rival is bigger than the current model, but has the same engine line-up and two- or four-wheel drive. It goes on sale early in the year.

Tesla Model S
It has been a long time coming, but the Tesla Model S finally goes on sale in spring 2014. According to the official stats, the luxury electric car can travel up to 300 miles on one charge and has optional seating for seven. Prices start at just under £50k.

Vauxhall Corsa
The Corsa that is out next summer is not quite an all-new model, but rather a very heavily revamped version of the current car. It will get a front-end face-lift, plus new three-cylinder engines that should do good things for the range's CO2 emissions and fuel economy.