More for you |
2019 Volvo XC60 video - watch our in-depth reviewHow much will it cost to take my car to France?Volvo recalls 70,000 UK cars over fire fearsShould I worry about an error on my car's registration document? Used Volvo XC60 long-term test review
Home
News
The crash-proof car is coming
news

The crash-proof car is coming

* Crash tech could prevent 125,000 injuries a year * New Volvo XC60 will have automatic brakes * Could take a decade to have feature on all cars, however... 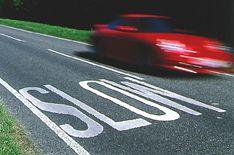 Collision-avoidance systems could prevent 125,000 injuries a year if fitted to every car in the UK, according to motor industry research body Thatcham.

Experts at Thatcham have examined the effectiveness of three systems which help drivers avoid accidents, with a particular focus on low-speed shunts in which one vehicle runs into the back of another.

'There's a huge potential for reducing injuries,' said Thatcham's crash research manager, Matthew Avery. 'More than 125,000 injuries will be prevented each year in Britain alone, and 2.1 billion could be saved.

The three systems assessed by Thatcham are Mercedes' Distronic Plus, Honda's Collision Mitigation Brake System, and Volvo's new City Safety feature. The first two use radar sensors in the front of the car to monitor speed relative to the car in front, and apply the brakes to slow the car down if the driver fails to do so.

However, neither system will stop a car completely and so prevent an accident. Volvo's City Safe system does, and will be standard on the new XC60. It uses lasers instead of radar, and will stop a car completely, provided the relative speed between the vehicles is lower than 9mph. Whatcar.com has driven a car fitted with the system and can testify to its effectiveness.

Thatcham is calling on all manufacturers to add such systems to its new models, although Avery believes it could be a decade before collision-avoidance systems are as commonplace as anti-lock brakes are today.

How much will it cost to take my car to France?

Should I worry about an error on my car's registration document?