The Audi Q5 is one of our favourite used large SUVs, but could the more practical Land Rover Discovery Sport or fine-driving BMW X3 dethrone it?...

It’s wonderful to find positives in life, so it’s our pleasure to report on three restful, easily adjustable driving positions. Each of our contenders offers a wide array of seat adjustments; you have to make most of them manually on the Q5, but its seat has an extendable squab that you can angle to provide added thigh support, as well as four-way electric lumbar support.

A manually adjustable driver’s seat with an extendable squab is standard in the X3, too, but adjustable lumbar support was an optional extra and is worth looking out for. Our test X3's optional electric seat adjustment included this feature. 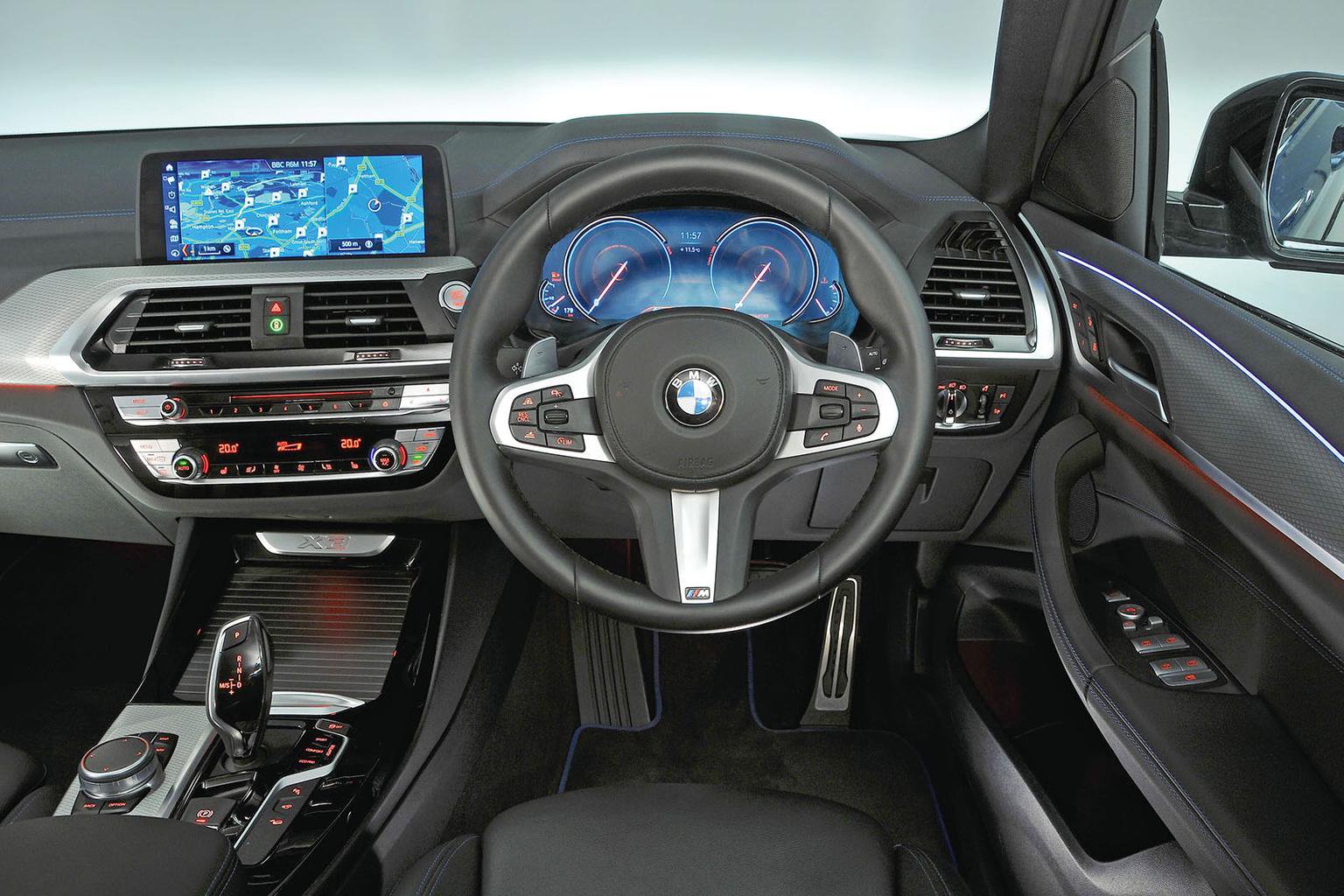 In the Discovery Sport, a 10-way electrically adjustable driver’s seat and lumbar support are standard. When looking to split hairs, this earns it the nod from us.

All have good relationships between their seats, pedals and height and reach-adjustable steering wheels, so you’re aligned naturally when you’re at their helms. Their wide central and door armrests also let you rest contentedly as the hours at the wheel fly by.

The Discovery Sport has the fattest windscreen pillars, slightly hindering visibility through tight corners, but it also has the loftiest seating position of the three. All come with sizeable door mirrors to let you see what’s drawing up alongside, plus standard front and rear parking sensors. A rear-view camera (handy when backing into snug spaces) is standard on the Discovery Sport and X3 but was an option on the Q5. 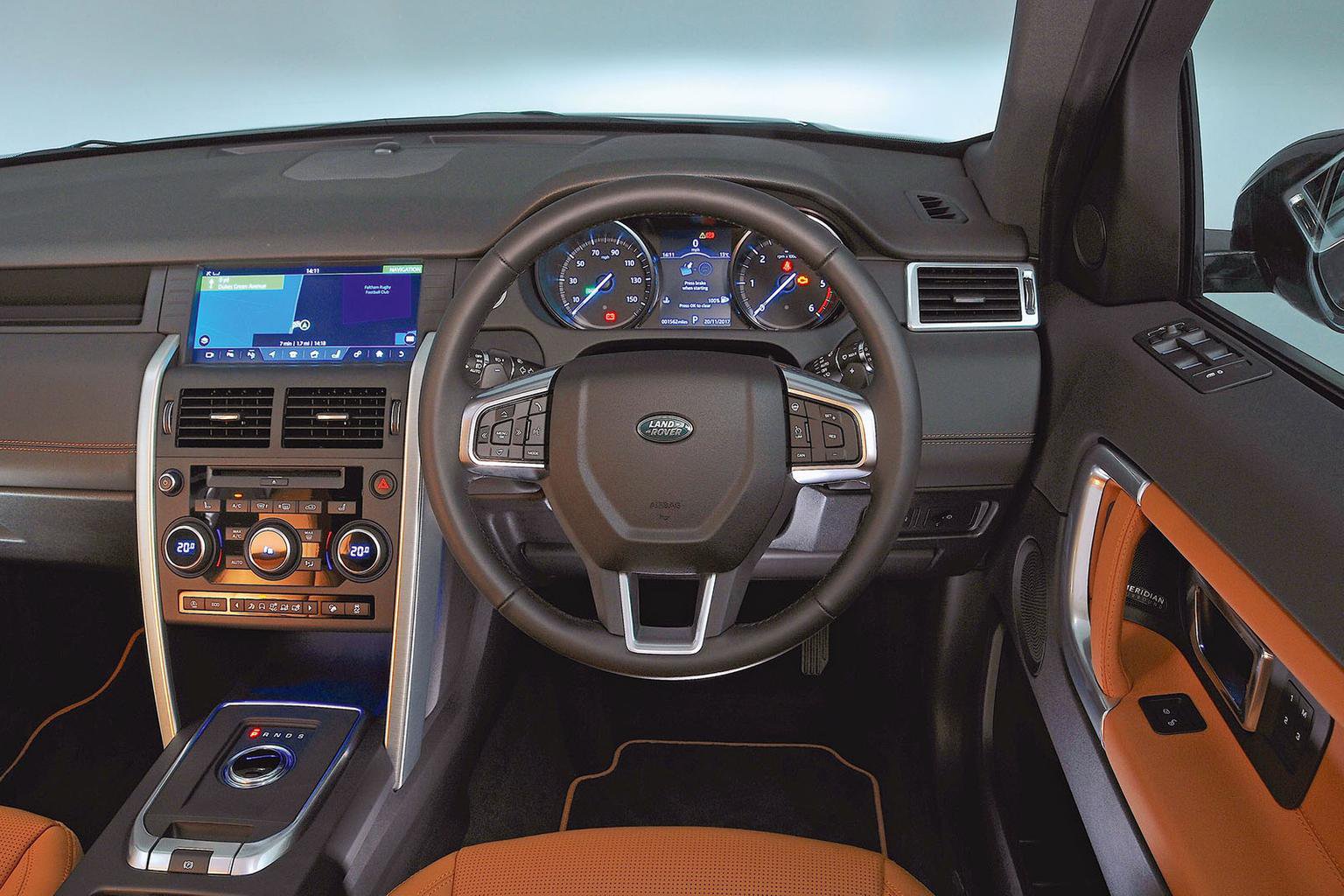 The Discovery Sport’s standard infotainment is not particularly praiseworthy. Its 8.0in screen lacks clarity, is slow to respond to inputs and, being touch-operated only with small icons, can be distracting to use. Our test car's upgraded system is more responsive and has a 10.0in screen, but it’s still not as good as those in the other two.

In contrast, the X3's system is one of the best in the business. BMW’s latest iDrive software in top-spec Professional guise is standard with M Sport trim. Operated via a rotary controller (which incorporates handwriting recognition as well) or the high-definition, wide-aspect touchscreen, it’s a breeze to get to grips with.

The Q5's standard 7.0in screen is operated by a rotary controller by the gear selector. It’s super-easy to use, with slick, intuitive menus and dynamic route guidance, which takes traffic into account. The Technology Pack – a £1395 optional extra from new – fitted to our test car adds an 8.3in screen and a touchpad for entering addresses with your finger. 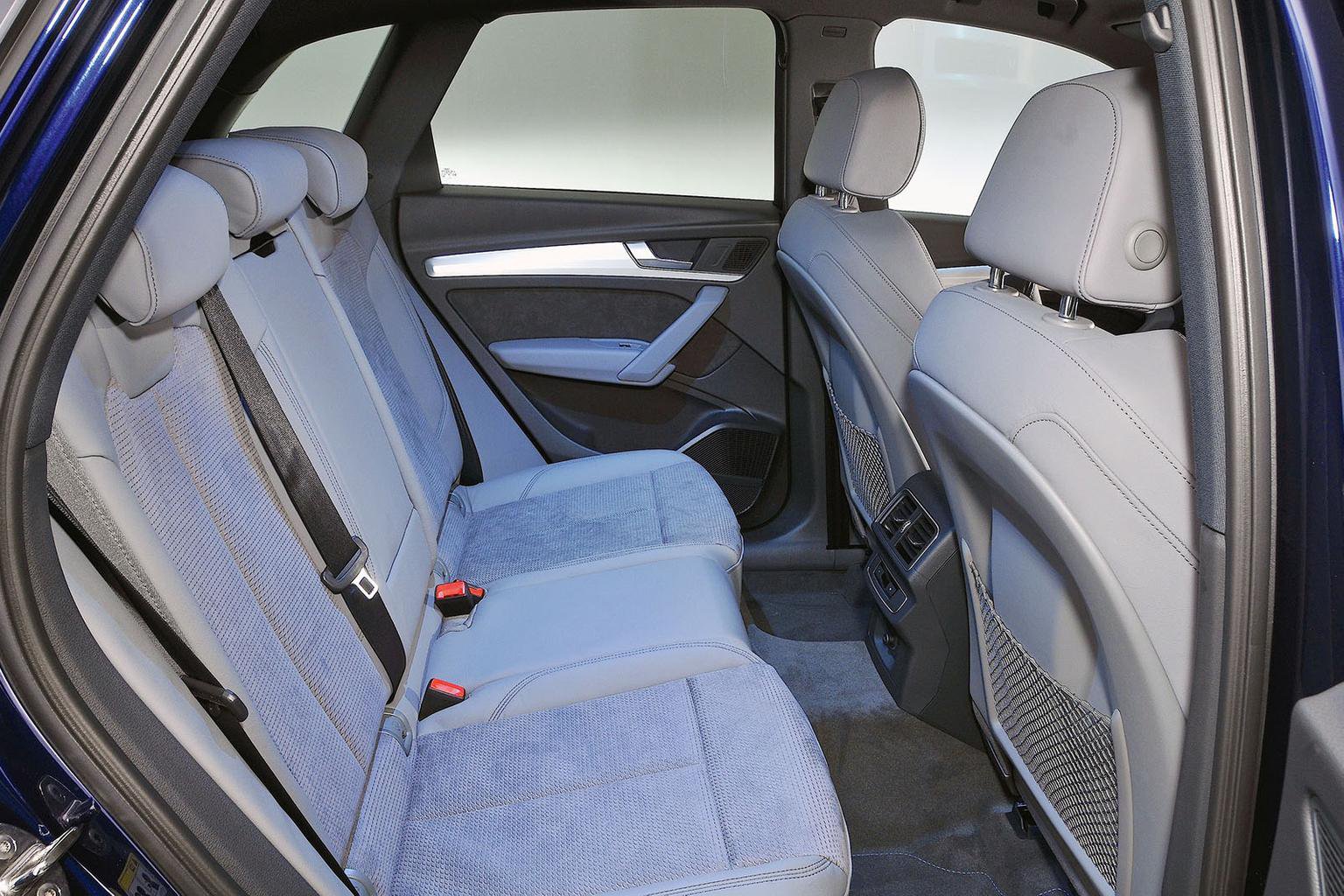 What about quality? After all, these are premium SUVs, so you expect higher standards than in cheaper cars with less sought after badges. Certainly, you get the plushness you deserve in the Q5. It has the classiest interior, and not just because the materials look and feel great, with squishy plastics on key touch points and aluminium trim to add some extra zest. It’s the details that set it apart, such as the way the switches function; they click so satisfyingly that you’d be forgiven for thinking they’ve been made by Rolex.

Again, you get real aluminium trim in the X3 and the rich-looking plastics on all the key surfaces are bang on the money. It’s just behind the Q5 for fit and finish, but not by enough to drop it a star.

Finally, the Discovery Sport. Now, it feels the most utilitarian, but that’s in keeping with the brand’s rugged image. Does that make it less plush inside? Yes, especially when you notice a few more brittle-looking plastics around the infotainment screen, but it’s still robustly screwed together. 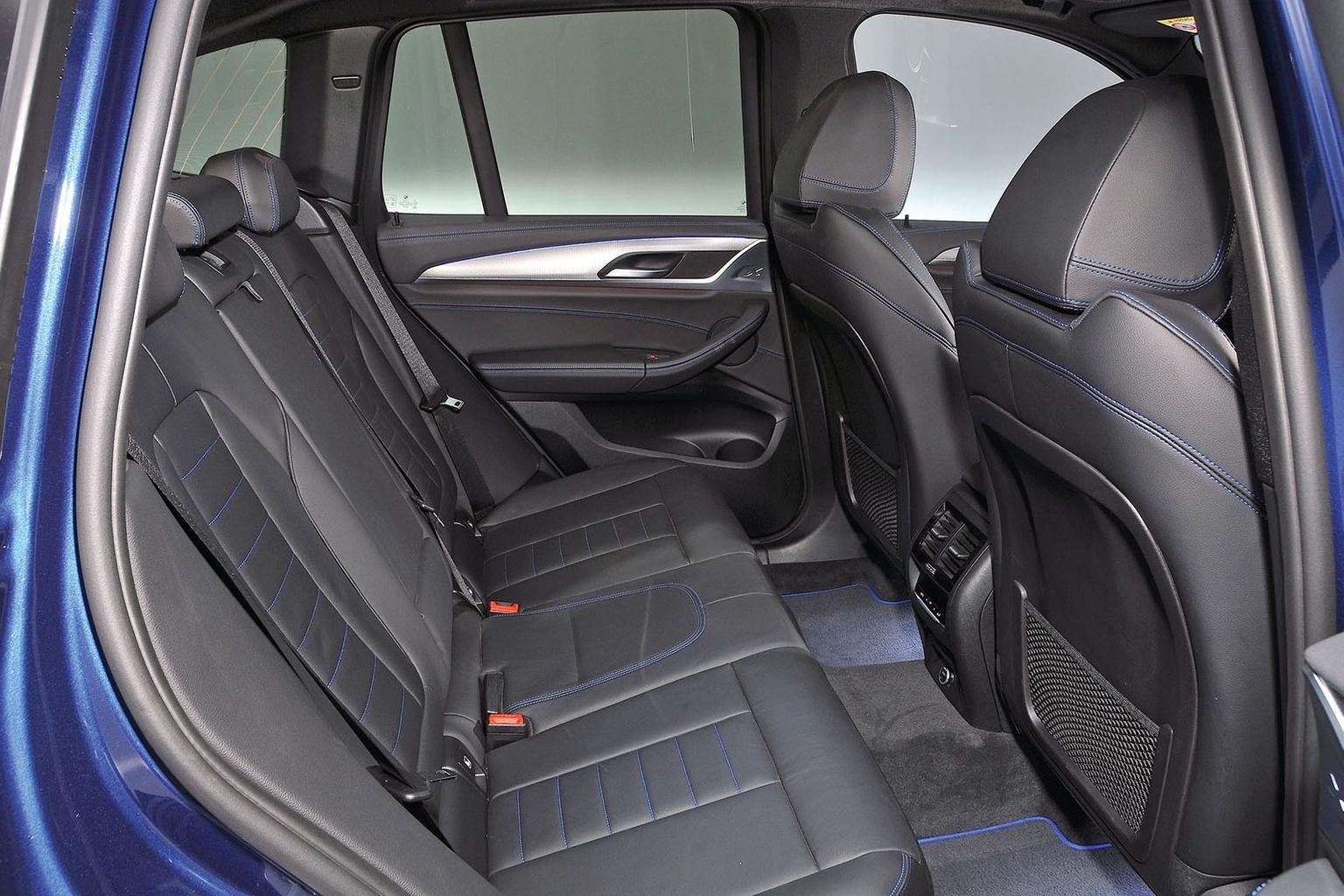 Unless you’re nudging past six and a half feet tall, you’ll fit easily in the front of any of these cars. Being the only car here with a standard panoramic roof, the Discovery Sport has the least head room, and its front seats don’t slide back as far as the others’. But even so, it’s still generously proportioned. Storage is good across the board, with each car offering a decent-sized glovebox and door bins, plus cupholders and oddment cubbies.

Move to the rear seats and some variance creeps in. The Q5 is a fraction better for leg room and the X3 for head room, but both are more than spacious enough for two six-footers. Meanwhile, the Discovery Sport has noticeably more rear leg room than the others and, along with the Q5, has the joint-widest rear seat area. A tall central tunnel in the Q5 limits foot space for the middle passenger, though, so the minimal, pimple-like hump in the Discovery Sport’s floor makes it the best for carrying three in the back.

The rear seats of the Q5 are fixed as standard, although you can find some examples with the optional sliding and reclining rear seats – a real boon for rear passenger comfort or augmenting boot space. You can’t have a sliding rear bench in the X3, but reclining seatbacks were optional from new. Both of these useful features are standard in the Discovery Sport. 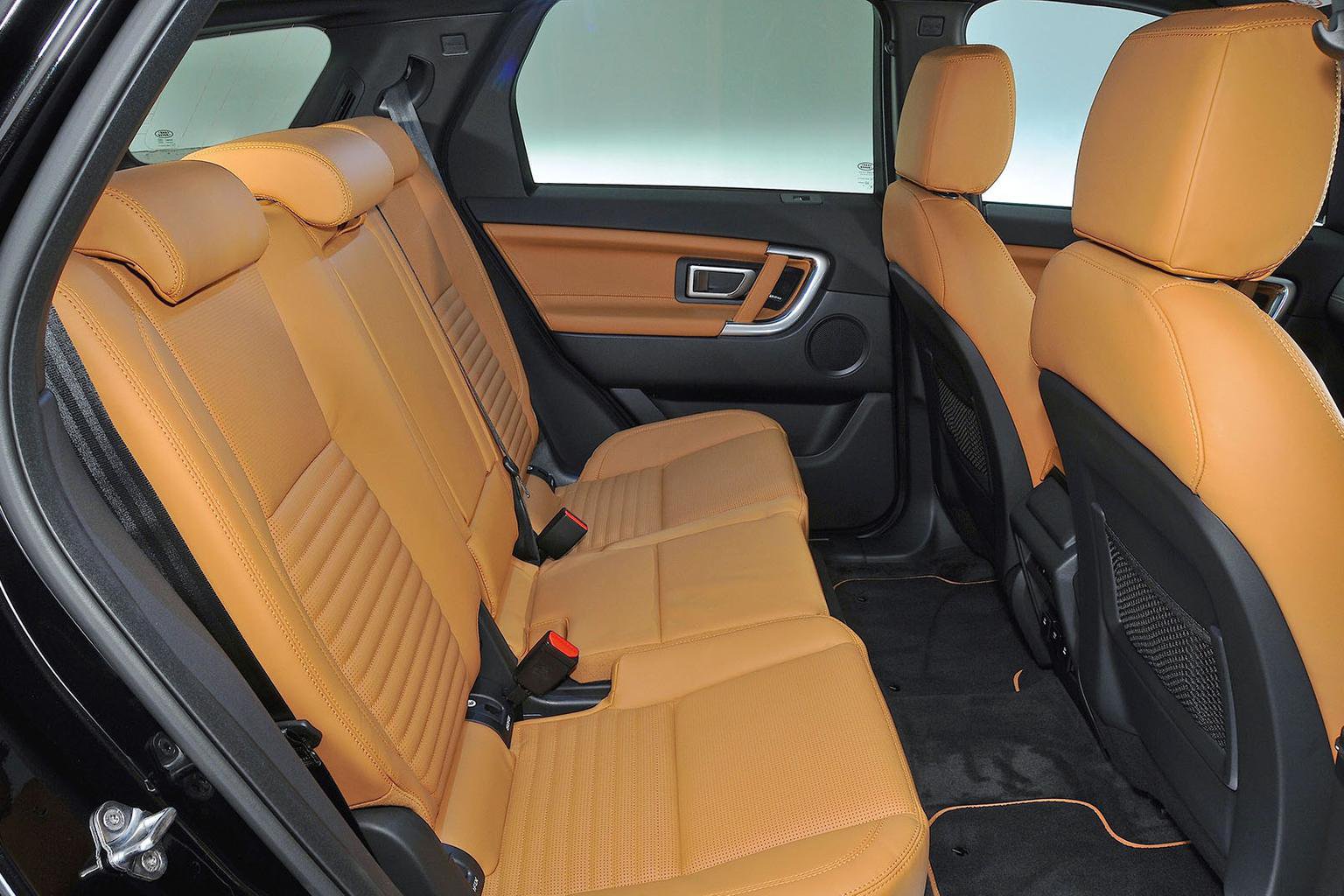 It’s the only one with seven seats, too. They’re really suitable only for carrying children, or average-sized adults on short hops, but there’s no denying that they’re extremely useful to have.

The Q5 has the biggest boot, but not by much. True, it took nine carry-on suitcases to the others’ eight, but only after a diligent game of Tetris. And with their eight cases on board, the others still had a bit of room to spare.

Both the Q5 and X3 come with 40/20/40 split-folding rear seats. The Discovery Sport has a less flexible 60/40 split, but all three have handy rear seat release points just inside their electric tailgates. These take the form of manual levers in the X3 and Q5, and electric buttons in the Discovery Sport. With their rear seatbacks lowered, three flat load floors greet you, making it a cinch to slide long, heavy items into all of our cars.