Refreshed large SUV and its coupé companion pile on the tech, with greater efficiency and more convenience promised...

In the weeks leading up to a red carpet appearance, celebrities often keep their planned outfits a closely guarded secret so they can make as dramatic an entrance as possible. The updated BMW X3 and coupé-styled X4 have very few sartorial secrets left, though, because their iX3 electric sibling let the stylistic cat out of the bag late last year.

Actually, it’s fair enough that the iX3 should sneak bits from the same wardrobe. After all, it already shares bodywork and mechanical DNA with the X3 and X4. And while the iX3 readied the world for a sharper-looking X3 – previewing its more angular headlights and edgy front bumper creases – the three models are actually quite easy to tell apart.

The X4 certainly has its own look, with a fresh “mesh” take on BMW’s traditional kidney grille and even more aggressive contours on its front and rear bumpers. Sporty M40i models take things a step further with a twin-bar grille treatment, but there's far more to this facelift than just a sharp set of clothes. 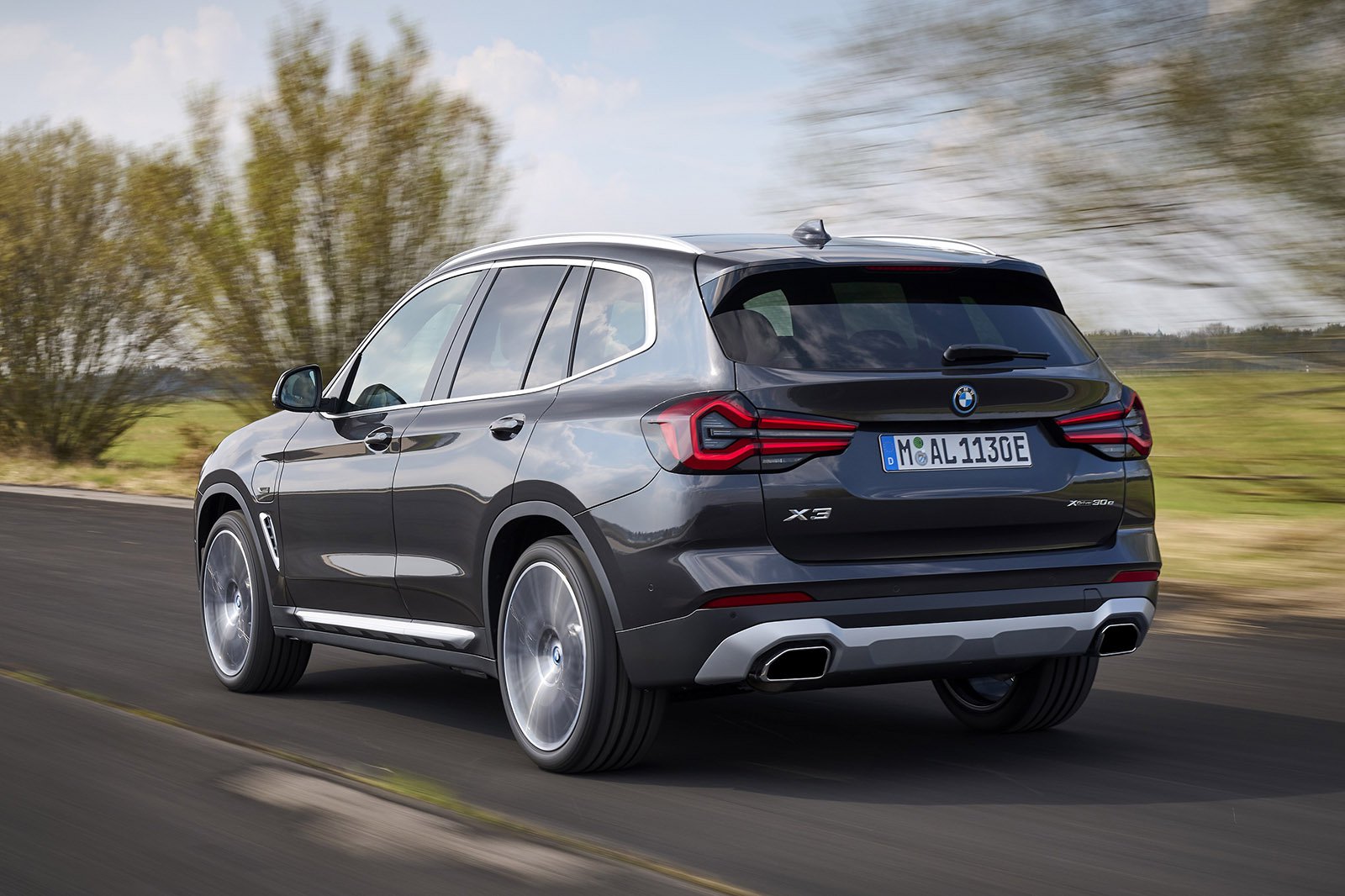 If you’ve been inside the current X3 or X4, you’ll know your way round the updated versions. While the interior architecture has barely changed, the materials have, and there’s a lot more detail to catch the eye. Pearl Chrome metallic air vents contrast with glossy black elements and, as ever, a long list of decorative finishes is offered. One new option is extended ambient lighting. Depending on the spec, it can flow in a wave from the front to the back of the car when you open the driver’s door as a welcome ceremony.

Every X3 and X4 now has heated front sports seats with pronounced bolsters for lateral support, and electric adjustment and memory recall are options. A leather-look upholstery called SensaTec is standard, with real leather optional (and standard on M Sport models). Cooled front seats are also offered, as are upgraded sports seats with manual adjustment for cushion depth and electrical adjustment for backrest width. 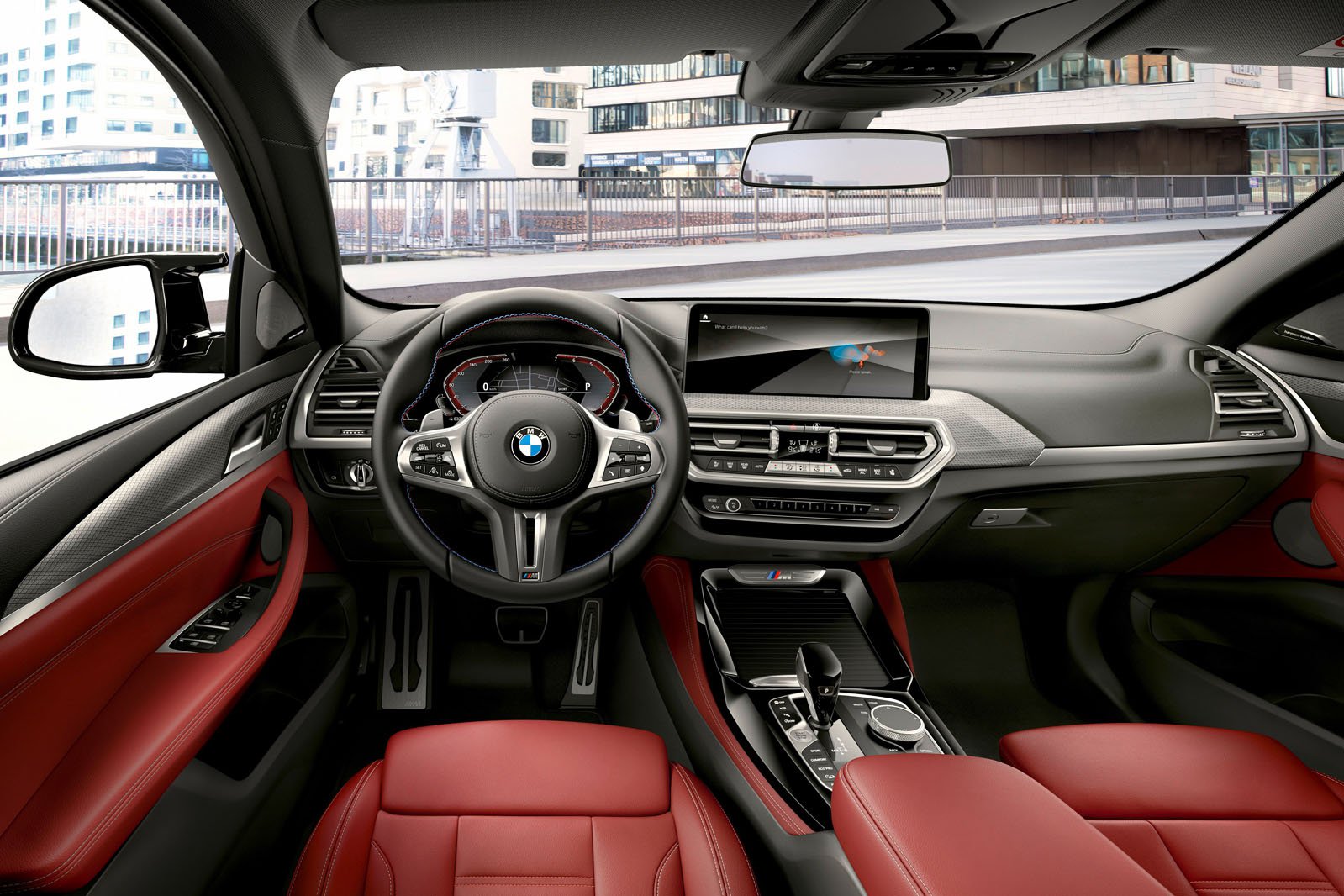 BMW claims that the latest X3 and X4 are “more modern and more digital” than before; that could strike fear into anyone who regrets the decline of traditional buttons and switches that can be used instinctively on the move. You can rest assured, then, that the brand has retained physical controls for key climate and driver assistance functions – good news when it comes to making set-up changes without being distracted from driving. BMW’s intuitive infotainment system survives, with all models getting a 10.25in central display (SE models previously made do with 8.8in), and a 12.3in version available as an option.

As ever, there’s a handy controller between the front seats, or you can use the touchscreen, steering wheel controls or voice recognition when it suits. The voice recognition can understand natural speech, so you can ask for a window to be opened or the interior temperature to be adjusted without having to remember a specific command. 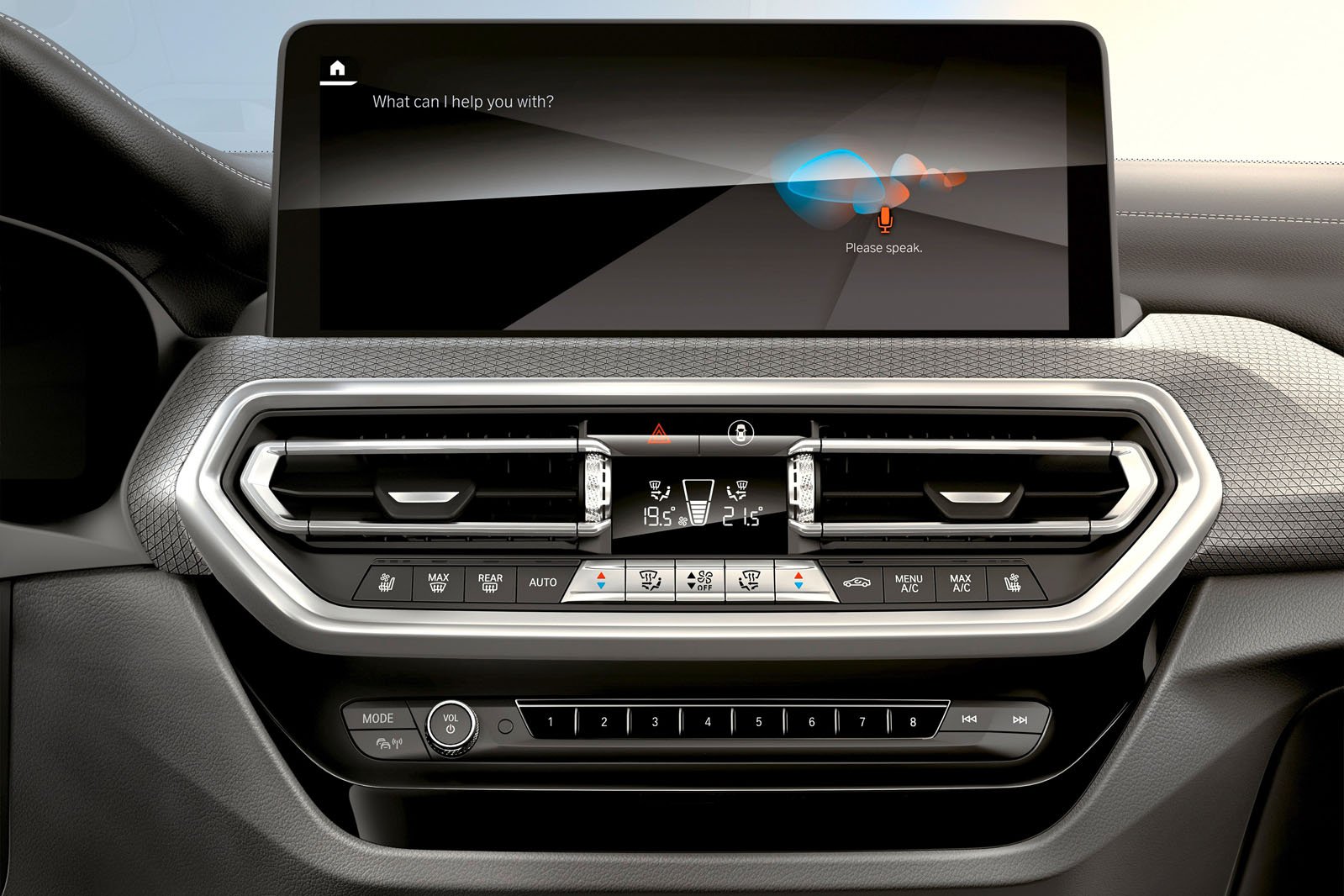 Meanwhile, substantial tweaks have been made to existing driver-assistance features. The lane-keeping assistance system now offers support in narrow lanes and enables automated lane changes if you're following a set route on the sat-nav. The update also gives the X3 and X4 the ability to learn from the driver’s routines. For example, it can remember to lower a window when a particular GPS coordinate is reached – handy when you arrive at a front gate intercom, or perhaps a drive-through food ordering point.

If you find reversing a chore, you’ll like the new reverse assistant feature (part of the optional Driving Assistant Professional package). It can retrace a path in reverse, which could be very useful if you’ve just driven up a narrow track and reached a dead end. 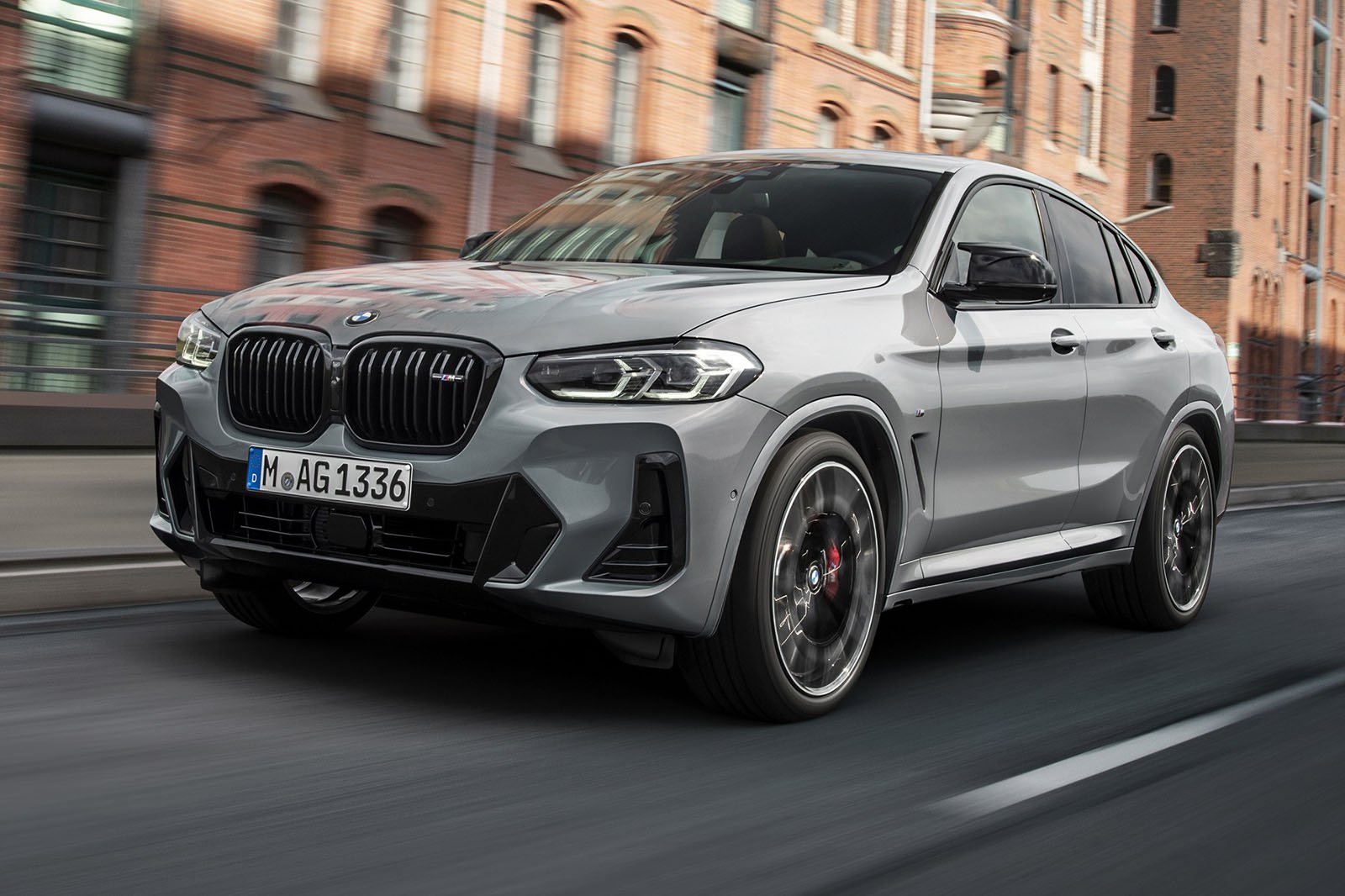 As before, the X3 and X4 line-ups consist of an array of trim levels, including xLine and racier-looking M Sport and M Pro editions. Expect front and rear parking sensors, a reversing camera and automatic air conditioning to be standard across the range, with M Sport models bringing more aggressive body styling and a firmer suspension setup. Options will include additional tech, such as a head-up display and Harman Kardon stereo system, and comfort features such as a heated steering wheel and electrically adjustable seats. These will be offered in packages or as individual upgrades.

Power comes from four-cylinder, two-litre mild hybrid petrol engines with 182bhp (20i) or 242bhp (30i), both of which officially return around 37mpg according to WLPT tests. The M40i petrol M40d diesel models stand as trim levels in their own right. With 335 and 355bhp from six-cylinder engines, they act as understudies to the full-fat X3 M Competition and X4 M Competition, which share a mighty 503bhp twin-turbocharged six-cylinder petrol engine with the BMW M3 Competition saloon and M4 Competition coupé. 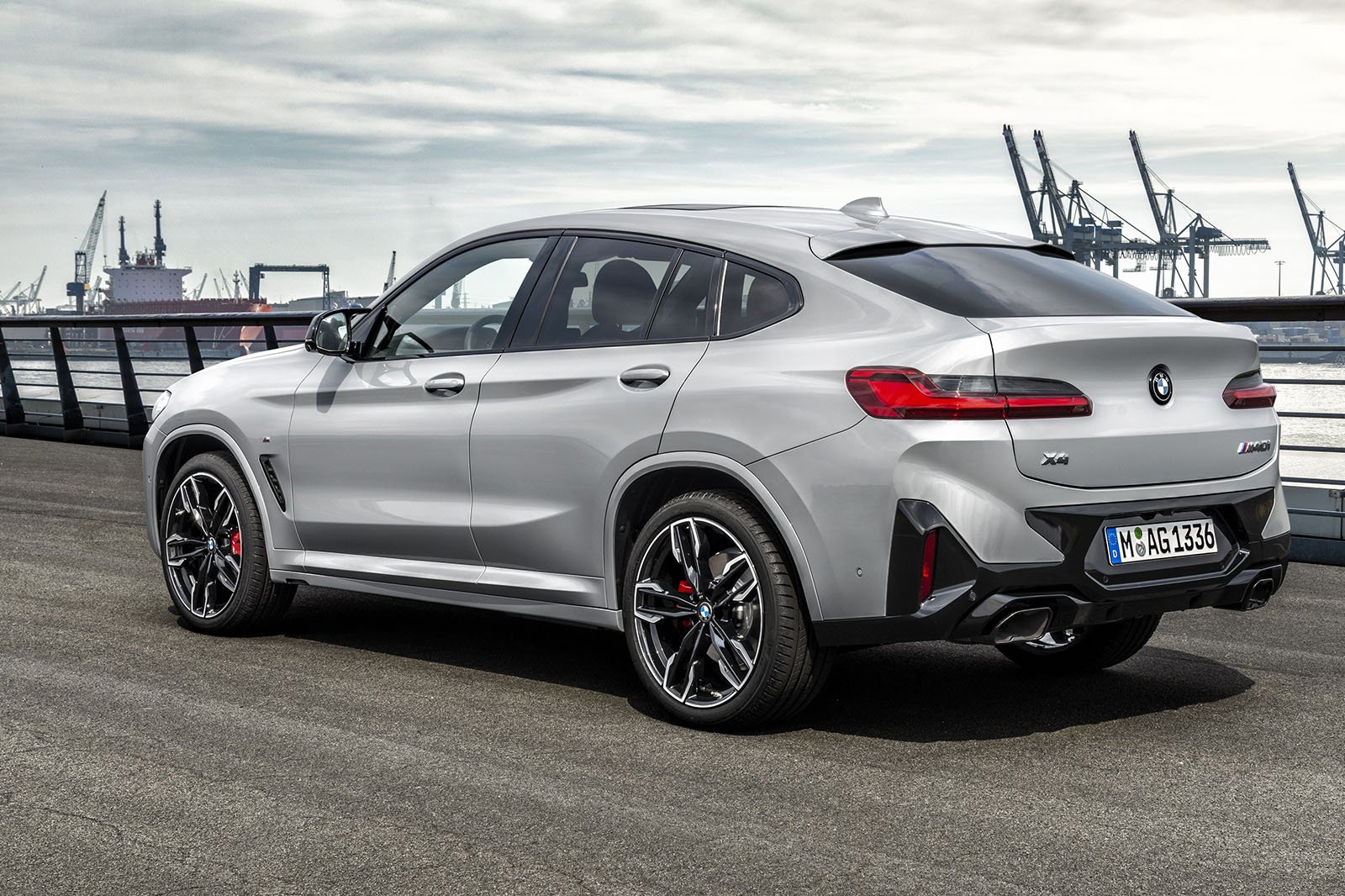 If fuel efficiency is more pressing than performance, a plug-in hybrid 30e engine is offered in the X3 only. The combined system output is 292bhp, with a temporary 40bhp boost available from the electric motor on demand. The 30e officially manages 141mpg and a battery range of 30 miles, and can sprint from 0-62mph in 6.1 seconds (but presumably not at all the same time).

A 187bhp four-cylinder 20d diesel engine is also available, as is a 282bhp six-cylinder 30d. They return from 49mpg and 46mpg respectively, according to WLTP tests. 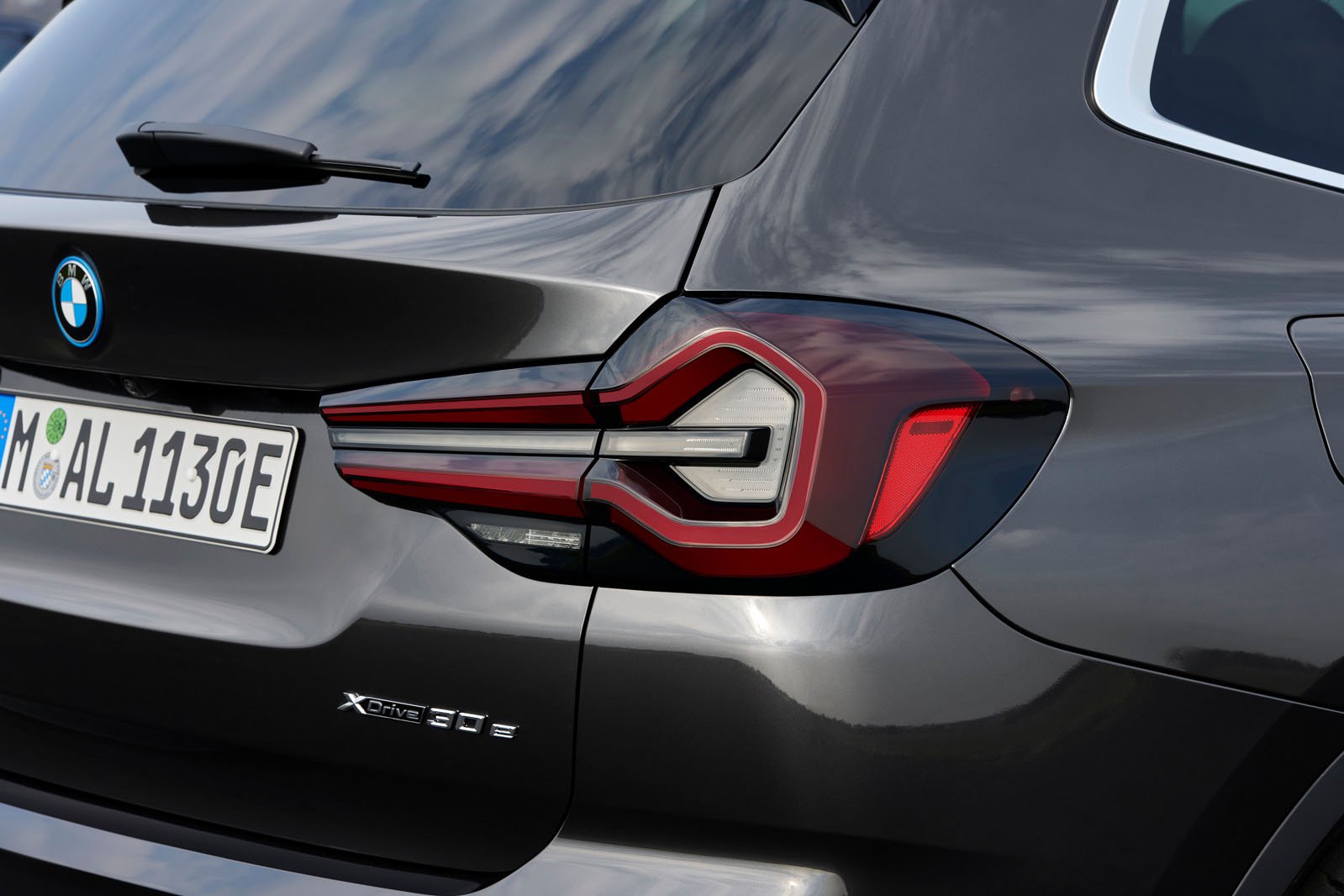 Exact pricing has yet to be confirmed, but when the updated BMW X3 and X4 arrive later this year, we’d expect only modest price increases over the outgoing versions so they remain competitive with their Audi Q5 and Mercedes-Benz GLC rivals.

BMW’s range continues to expand to suit a future of electric motoring. We’ve already seen the fully electric iX3 that complements the petrol and diesel X3 and X4, and a BMW i4 will soon join the party as an electric alternative to the BMW 3 Series saloon and 4 Series Gran Coupé – a new version of which is waiting in the wings.