Buy either of these hot hatches at a couple of years old and you'll save a pretty penny, but which is more fun and better value? We have the answer... 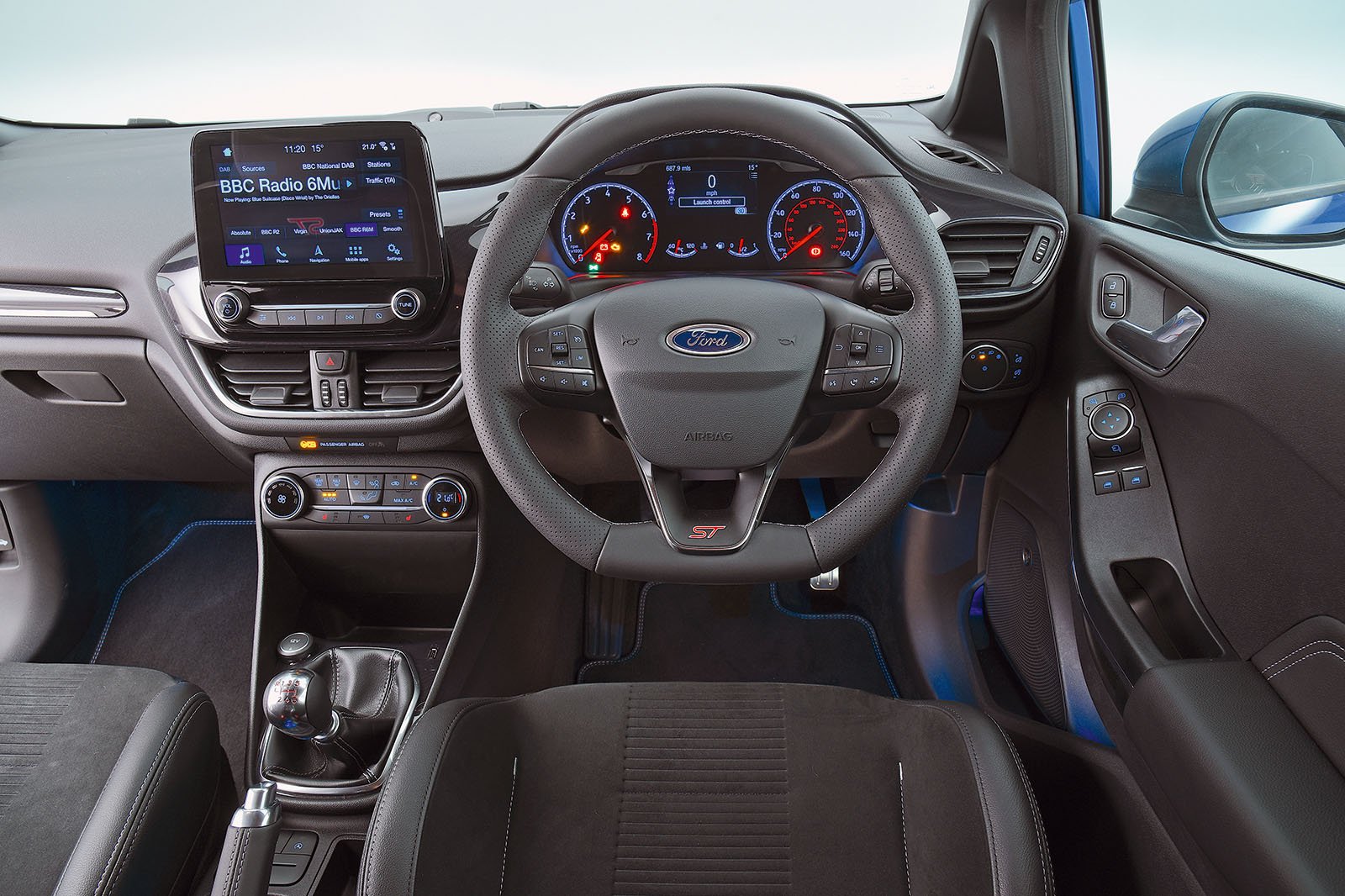 Standard Fiestas and Polos offer highly adjustable driving positions, and these sporty models build on that. Their heavily bolstered seats are even more supportive in corners and include height and lumbar adjustment as standard. Meanwhile, their steering wheels have plenty of adjustment for reach and height.

The Fiesta’s analogue dials couldn’t be much clearer, augmented by a 4.2in digital information screen. In GTI+ trim, though, the Polo goes one better, with fully digital dials on a configurable 10.3in screen. 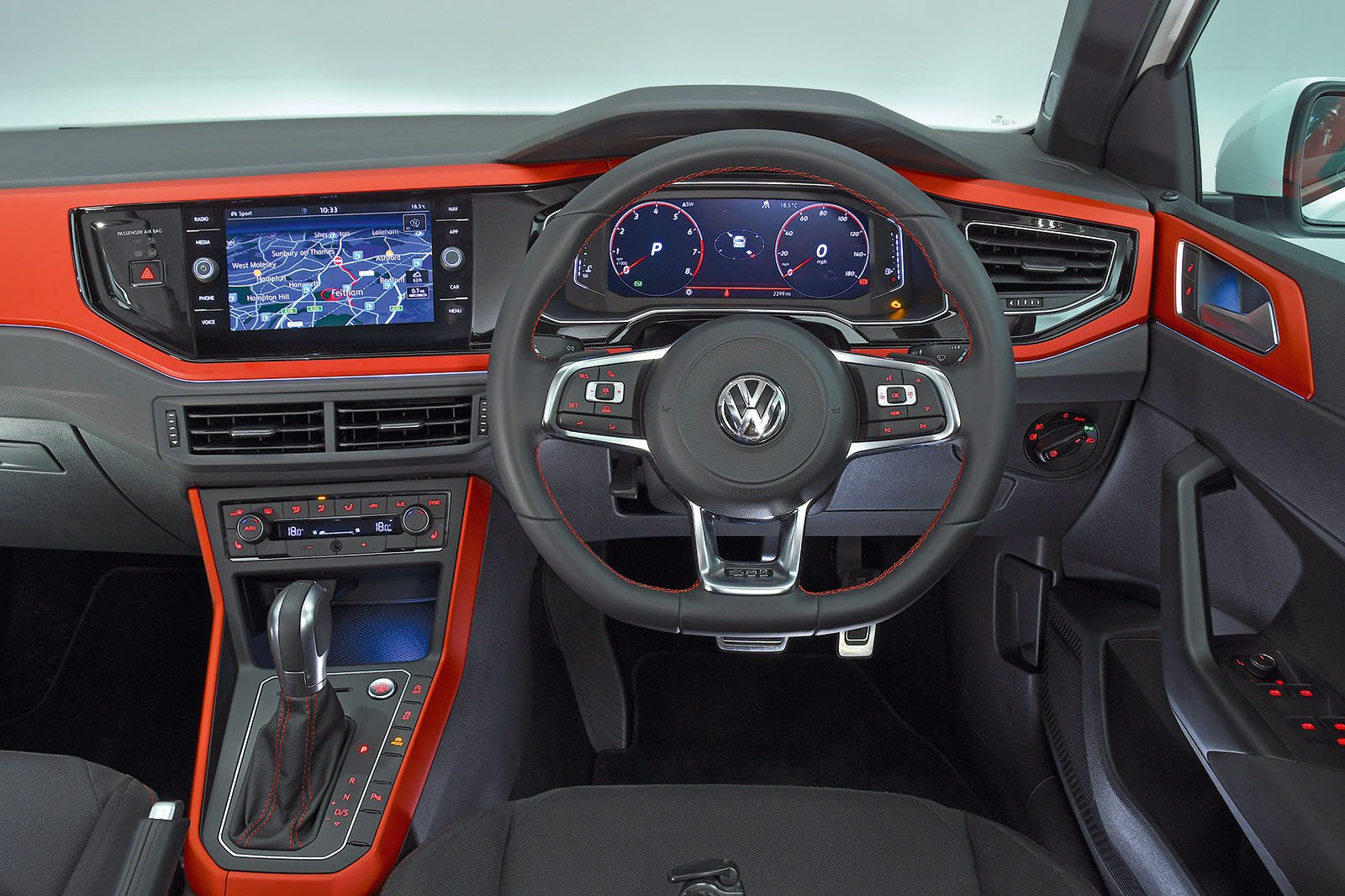 Built-in sat-nav came as standard on ST-3 Fiestas. Plus, you get Apple CarPlay and Android Auto smartphone mirroring for using your phone’s apps via the screen. It’s an 8.0in touchscreen that’s well-positioned, high up on the dashboard, although the graphics aren’t as crisp as the Polo’s and some menus aren't that intuitive to navigate.

In the Polo, the glass-fronted 8.0in touchscreen is ultra-sharp. It’s quicker to respond to inputs and the menus are easier to fathom than the Fiesta’s, too. Again smartphone mirroring was standard, and you can download an app to show you where your car is parked, itemise fuel costs per trip and access to a 24-hour customer service helpline. 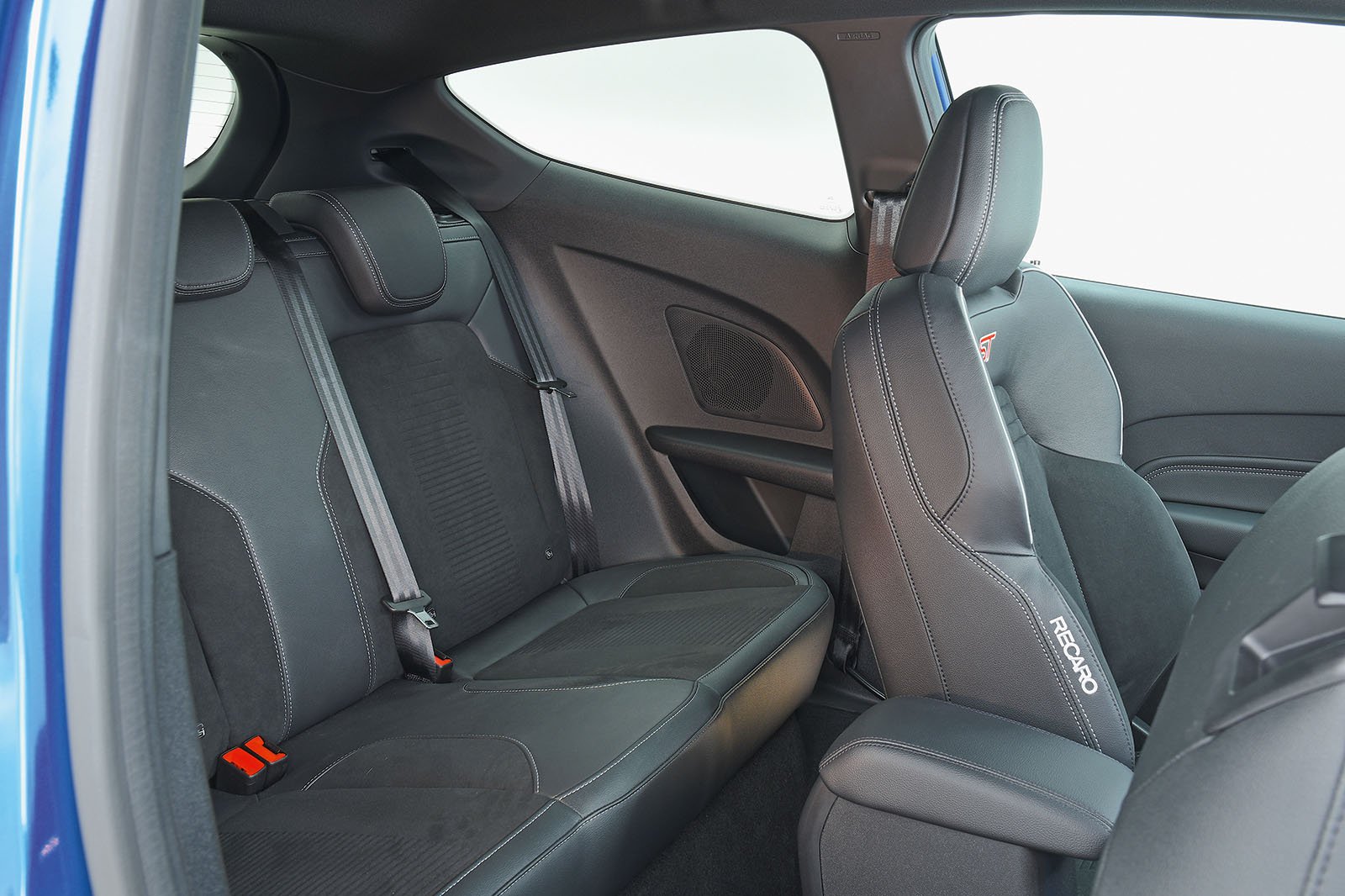 Both cars feature soft-touch dashboards with harder plastics elsewhere, although the Polo’s dash looks less shiny and feels that little bit classier than the Fiesta’s. That said, the Polo’s matt red dashboard inserts look fairly cheap, as does the Fiesta’s fake carbonfibre.

The beauty of hot hatches is you get performance with practicality, and these two are no exception. There’s plenty of leg room for six-footers up front, and although the Polo has less head room than the Fiesta (our car was fitted with a panoramic sunroof, a £900 option from new), it’s far from tight. 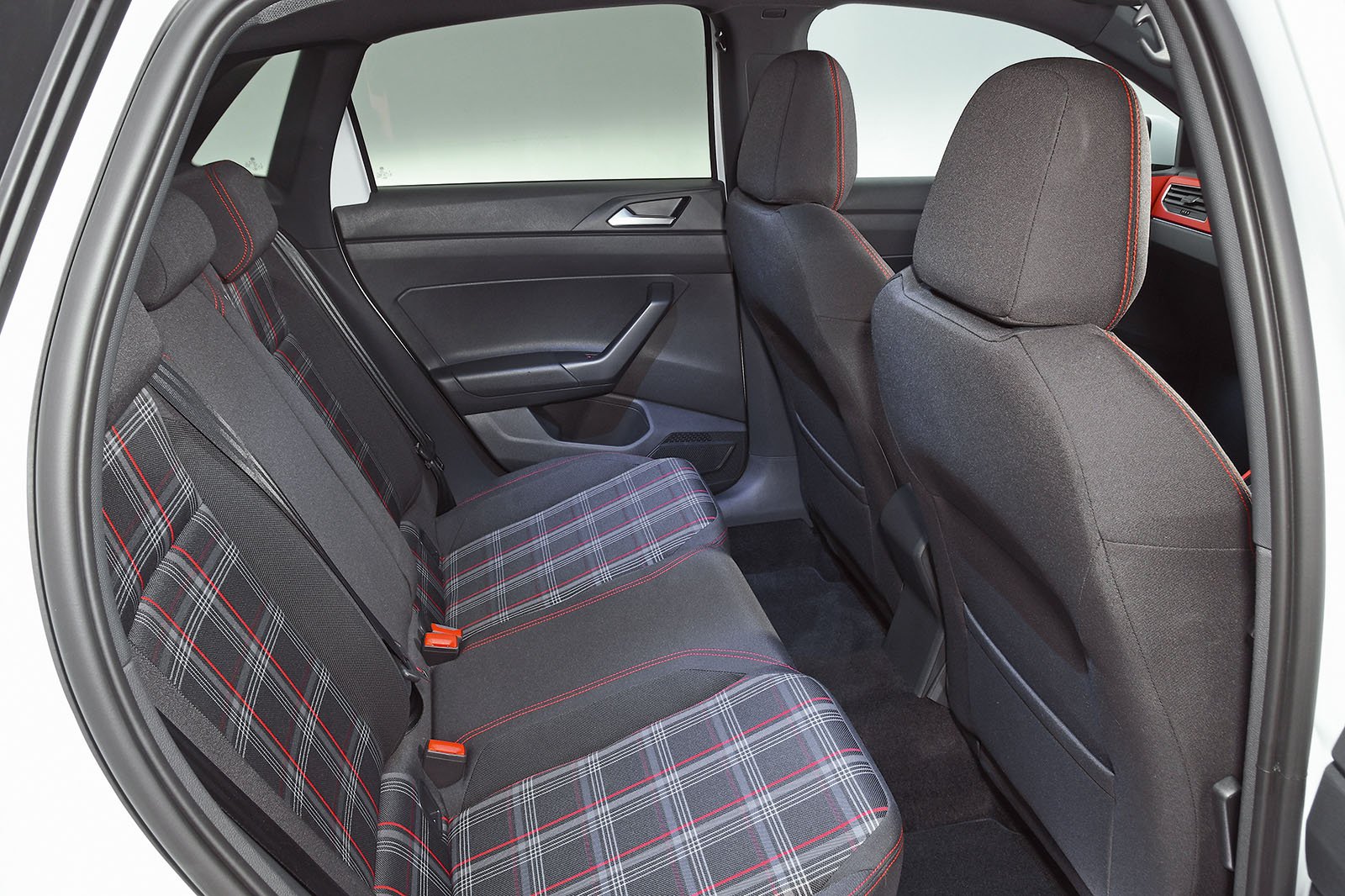 In three-door form, getting in or out of the Fiesta’s rear seats is awkward, although a pricier five-door ST was also available. The Polo, meanwhile, comes with five doors by default. Both cars have adequate rear head and leg room, but the Polo’s wider bench means it’s better for seating three abreast.

The Polo GTI has a smaller boot than other Polos, due to the relocation of the battery from the engine bay to the back, so the Fiesta trumps it for luggage space. Both cars have 60/40 split-folding rear seats, the Polo’s lying flush with the boot floor when folded. Drop the Fiesta’s seats and they leave an awkward stepped floor.