Two premium electric cars do zero-emissions battle as we line up a Jag and a Tesla. Bought used they'll save you a packet, too, but which should you buy?... 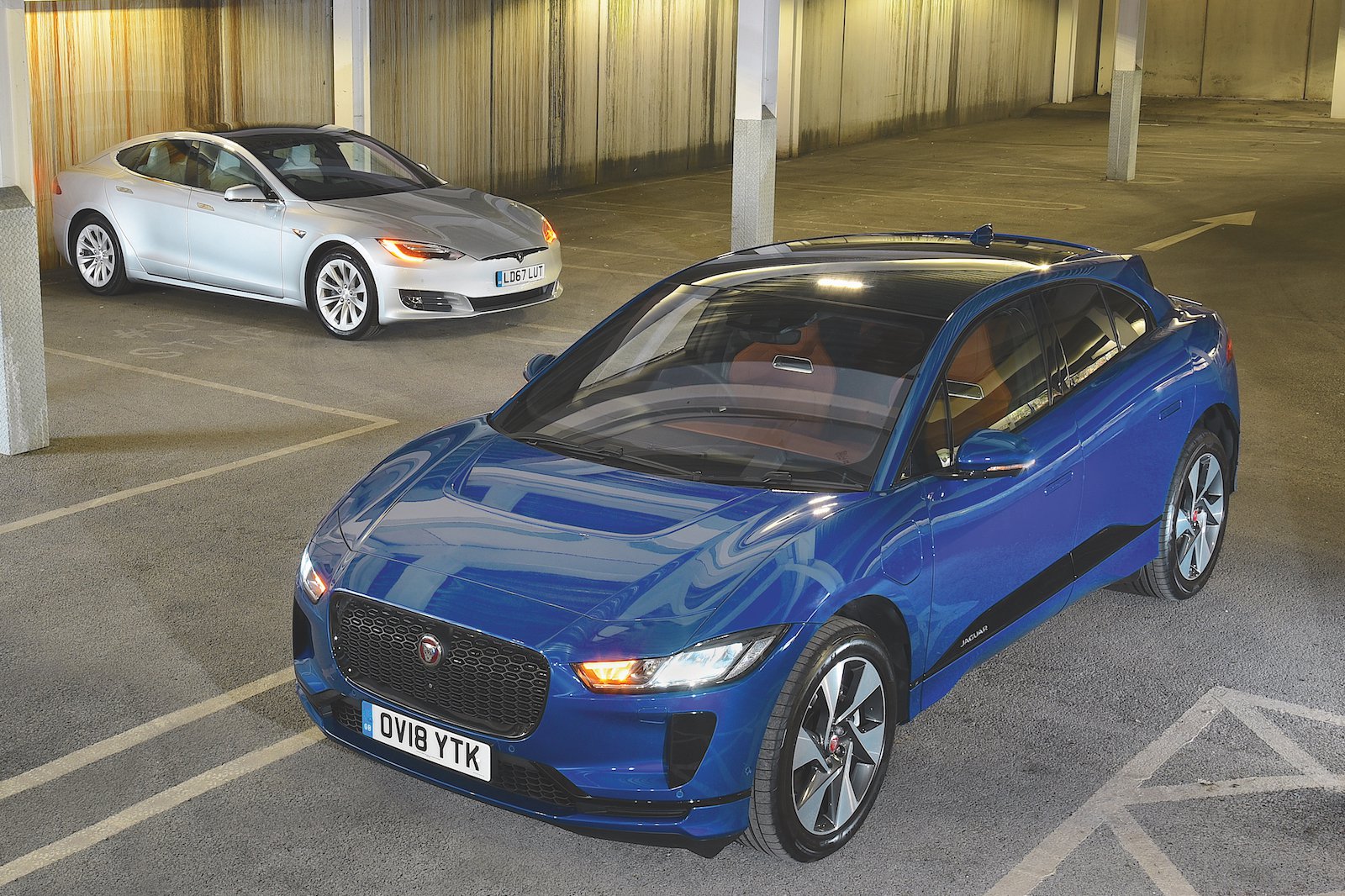 Jaguar’s plush EV has the power, prestige and claimed range to compete head-on with the mighty Tesla.

A premium electric car and already a household name; it’s fast and has an impressive claimed range.

The electric car revolution continues apace. Demand for electric cars is on the up, with new models being launched every few minutes, and the sales of used EVs are positively buoyant, with prices for the cheaper models actually going up year-on-year.

Tesla is a relatively new brand that has in a short time become a household name, thanks not only to its swish all-electric cars but also to a small degree to the headline-grabbing ways of its extrovert billionaire boss.

The Model S arrived in 2012 like a bolt from the blue, and for many years Tesla was alone in offering truly premium electric cars that could realistically claim to cover 200-plus miles between charges.

Then, in 2018, along came Jaguar, rolling up its sleeves to take on Tesla with its first electric car: the I-Pace SUV. Like the Model S, this was a long-range and decidedly plush EV, and it was an immediate hit.

Both cars cost a fair bit to buy new, though, so here we’re testing them at just under two years old, where their prices have dropped to more affordable levels - indeed you’ll save enough here on the new price to buy yourself another small car with the change.

We’re pitting the entry-level Model S 75D Tesla against the mid-range I-Pace SE. Both have a claimed range around the 300-mile mark and straight-line performance to rival proper sports cars. But which is the better buy used? Read on to find out.

With a motor driving each axle, making them four-wheel drive, both cars deliver neck-snappingly impressive acceleration from a standing start. Despite having a power advantage (394bhp versus 362bhp), the I-Pace is just pipped by the Model S to 60mph, although it begins to claw back some ground above 50mph. The truth is, you’ll find the performance on offer in both cars equally exhilarating. 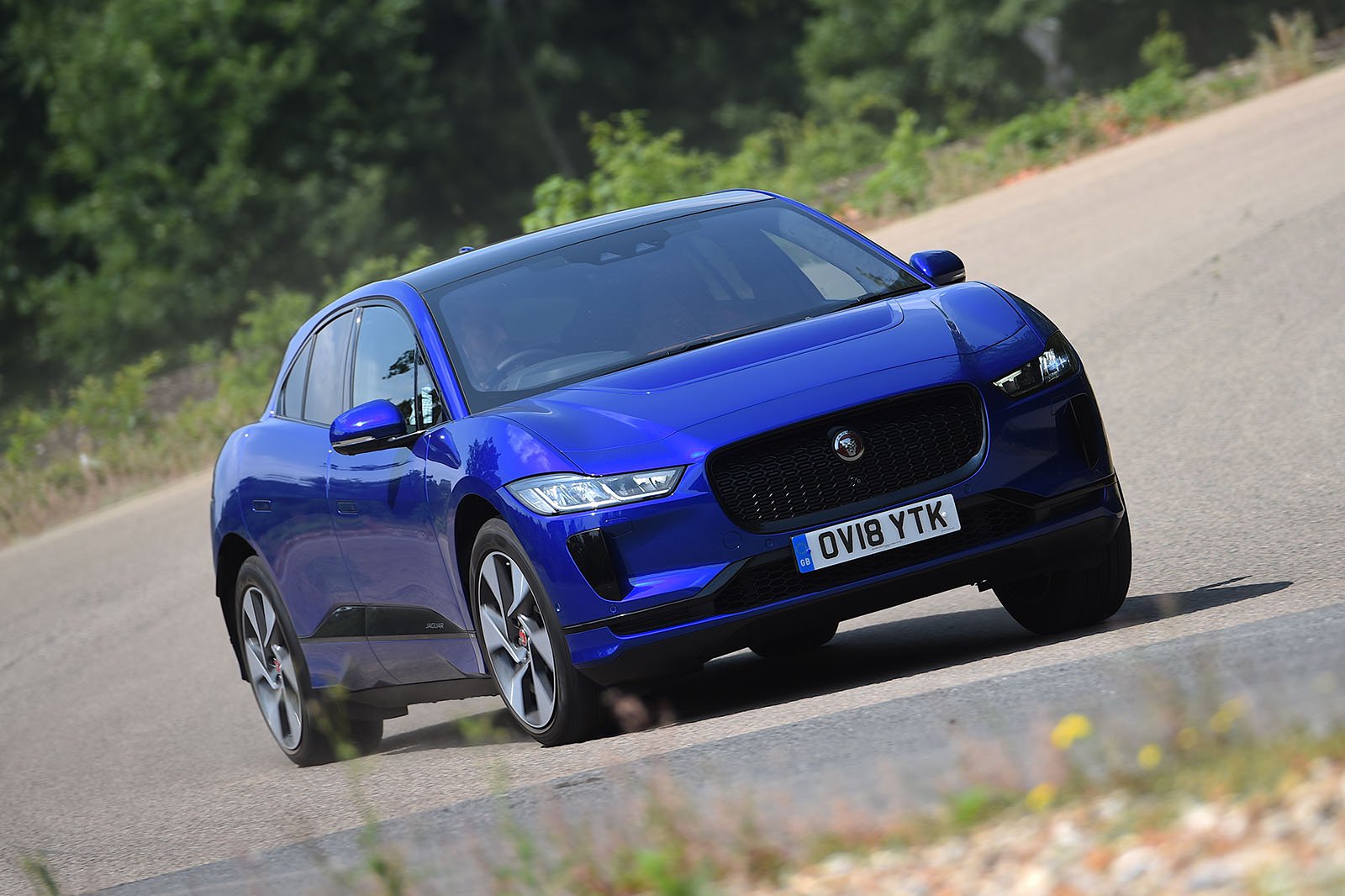 The difference in handling is more obvious. The Model S has light but accurate steering that makes stringing together a series of sweeping corners effortless and even quite enjoyable, and the car always shifts its not-inconsiderable weight in a composed and measured manner.

The I-Pace handles tidily, too. Its steering is sharper and heavier, giving the impression that it’s the sportier car at low speeds. However, being taller and narrower than the Model S, it unsurprisingly suffers more body lean in faster corners and feels more reluctant to change direction in the first place. The I-Pace runs out of grip earlier as well, although both offer brilliant traction out of corners. 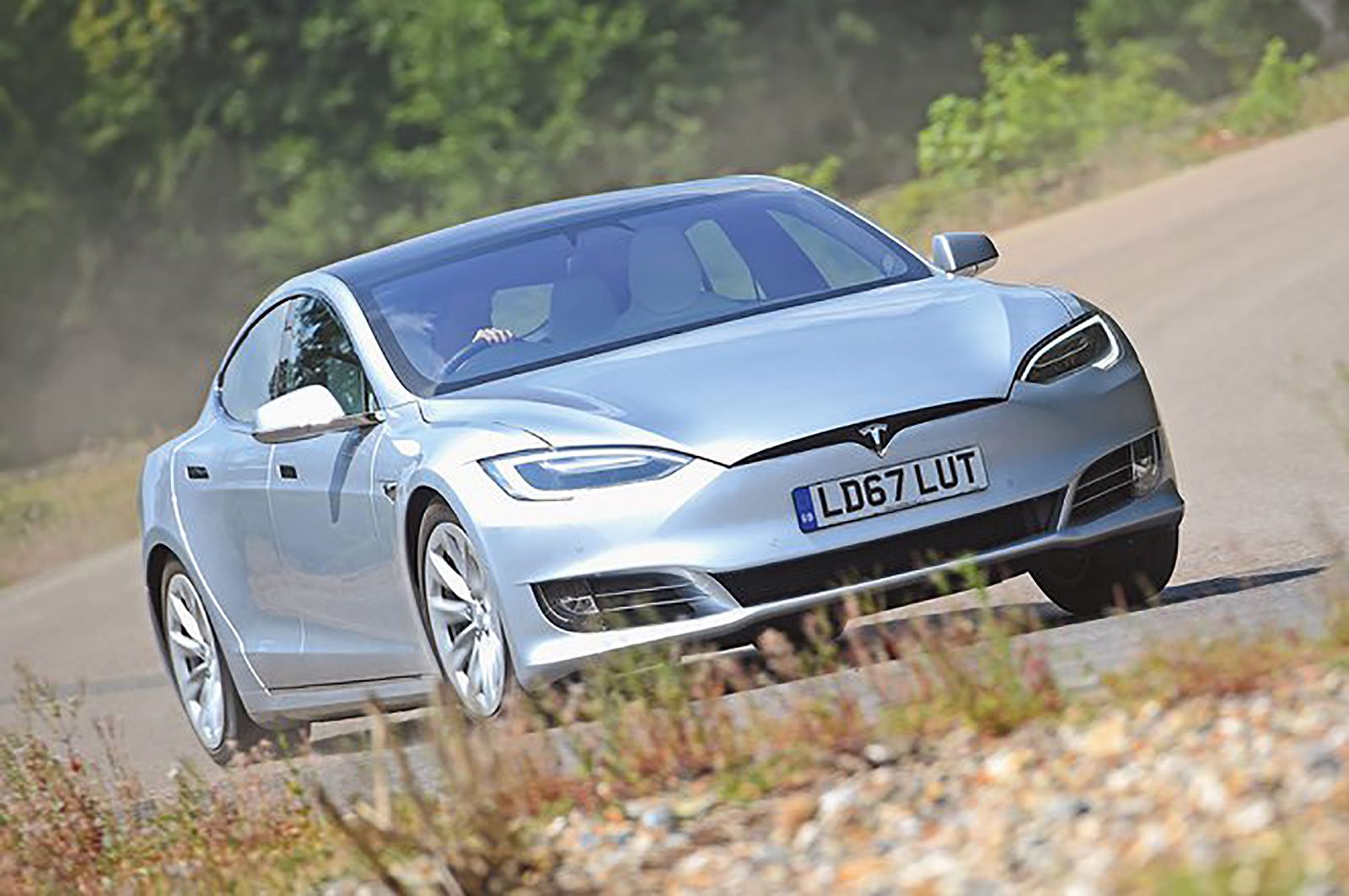 Both cars are very comfortable, although around town you feel more of bumps in the Model S due to its firmer air suspension. Above about 40mph, though, it actually feels more settled than the I-Pace, which tends to fidget around a little more. Engine noise, meanwhile, is almost entirely absent in both, but the Model S is quieter on the whole.

The I-Pace’s brake pedal is far from ideal, though. There’s quite a bit of travel before anything happens, and then the pedal suddenly becomes sensitive. The response also changes as the regenerative brakes try to harvest energy to top up the battery, so you never really get used to it. In the Model S, it’s easier to brake smoothly, because the pressure you put on the pedal has a closer correlation to how quickly you stop.

What about range? Well, according to our Real Range tests, the Model S will go for 204 miles from a full charge while the I-Pace will go for an impressive 253 miles. That’s less than its official range of 298 miles, admittedly, but still one of the best ranges of any electric car we’ve tested so far.