A used Koleos make a lot of sense, thanks to its spacious interior and tempting prices, but could the sportier CX-5 be an even better buy?...

Being SUVs, they both have suitably lofty driving positions, and both offer plenty of adjustment. It’s even stevens for front and side visibility, although the Renault Koleos gets a bonus point for having a reversing camera to go with the front and rear parking sensors that are standard on both cars.

It may not be the most exciting to look at, but the Mazda CX-5's interior, with its dense plastics, tasteful brushed metal-effect trims and precise-feeling buttons and switches, is a cut above what you’ll find in the Koleos. 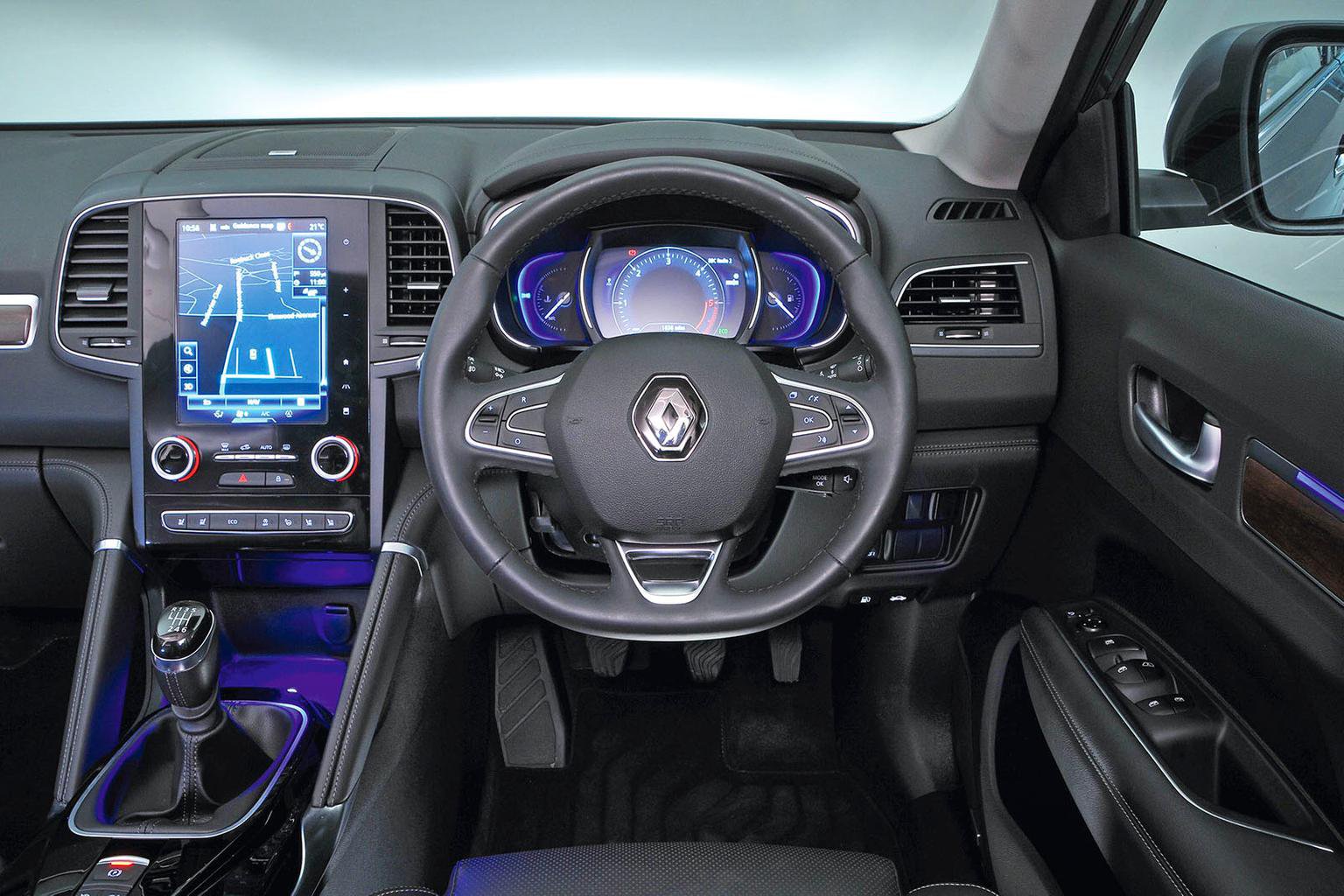 The CX-5 gets off to a good start by having its 7.0in touchscreen (with in-built sat-nav) located on top of the dashboard, making it easy to see. Furthermore, you don’t have to prod away at the screen to use the system; there’s also a rotary controller between the front seats that’s less distracting to use while driving. It’s a shame that there’s no Apple CarPlay or Android Auto smartphone mirroring, though.

Dynamique S Nav Koleos models get a 7.0in touchscreen with sat-nav, a DAB radio, Bluetooth, Apple CarPlay and Android Auto. In other Renault models, this system has proved fairly responsive, if a little tricky to navigate at times because of its clunky menus. Range-topping Signature trim versions have a bigger, 8.7in portrait system, but this system isn’t any better, so you’re not missing out by sticking with a lower trim. 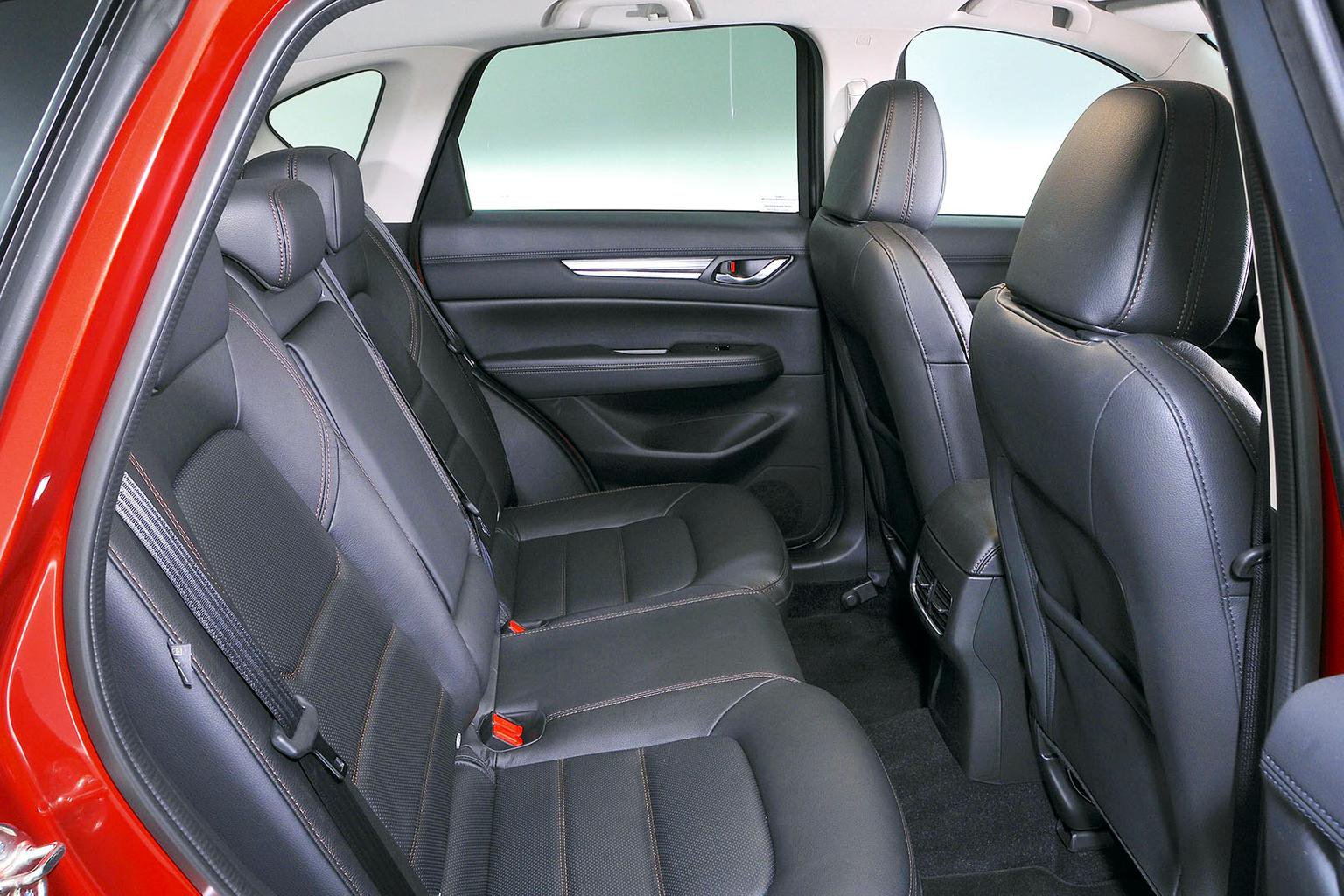 The CX-5 is slightly roomier in the front, with seats that slide back farther than those in the Koleos, as well as more head room, although you won’t feel remotely cramped in either car.

The Koleos also has a lot less rear head room than the CX-5 but, again, you’d need to be seriously tall to find your head brushing the ceiling. Conversely, we suspect even the moderately lanky will prefer the acres of rear leg room in the Koleos to the merely sufficient leg room in the CX-5. But at least the CX-5 gets a seat reclining function, should one of your rear passengers fancy a snooze. 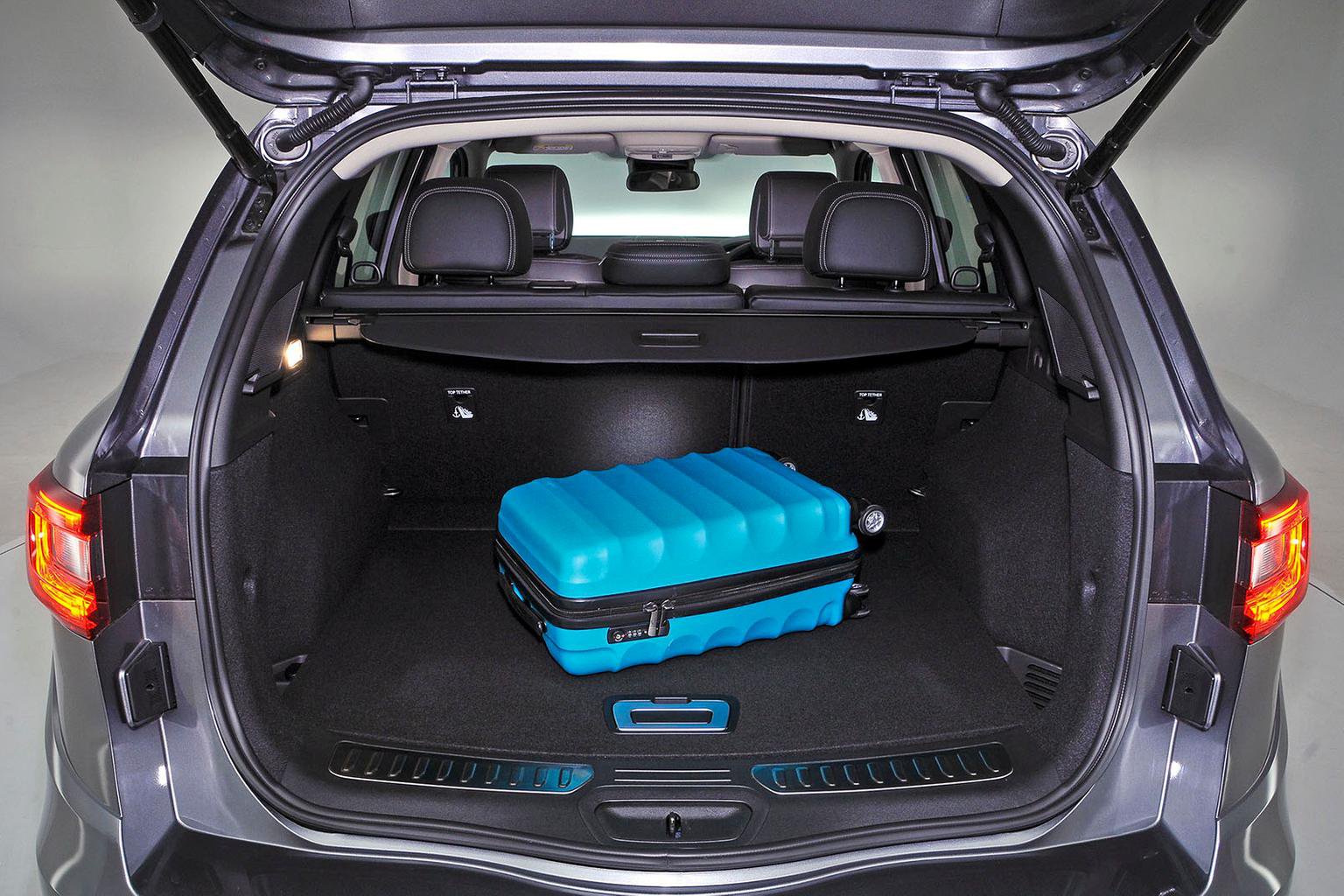 Flick through the brochures for both cars and you’d think the Koleos has the bigger boot. It certainly has a longer cargo area, but we were able to squeeze more carry-on suitcases into the CX-5 (eight versus seven).

Both cars have levers in the boot that you can pull to fold down the rear seats, but the CX-5 goes one better by having 40/20/40 split-folding seatbacks rather than the Koleos’s less convenient 60/40 arrangement. Once they’re folded down, the CX-5’s rear seats also lie at less of an incline.