A big reason why some buyers choose a small SUV over a similar-priced hatchback or estate is because they want a higher driving position. The T-Cross certainly offers that; you feel a good deal farther away from the road than you do in the Kamiq, and it’s no illusion. Mind you, the Kamiq has the more comfortable, supportive seats and is the easier car to see out of. It also comes with rear parking sensors and LED headlights, both of which are cost extra on the T-Cross when it was new.

You might imagine that the T-Cross has the edge for interior quality due to its more upmarket badge, but it’s actually the Kamiq that feels classier inside. Both cars come with leather-wrapped steering wheels, but the Kamiq has soft plastic in some of the areas you touch regularly, such as on the insides of the doors; there’s none in the T-Cross. The Kamiq also has some neat touches as standard, including an umbrella housed in the driver’s door and an ice scraper in the fuel filler cap. 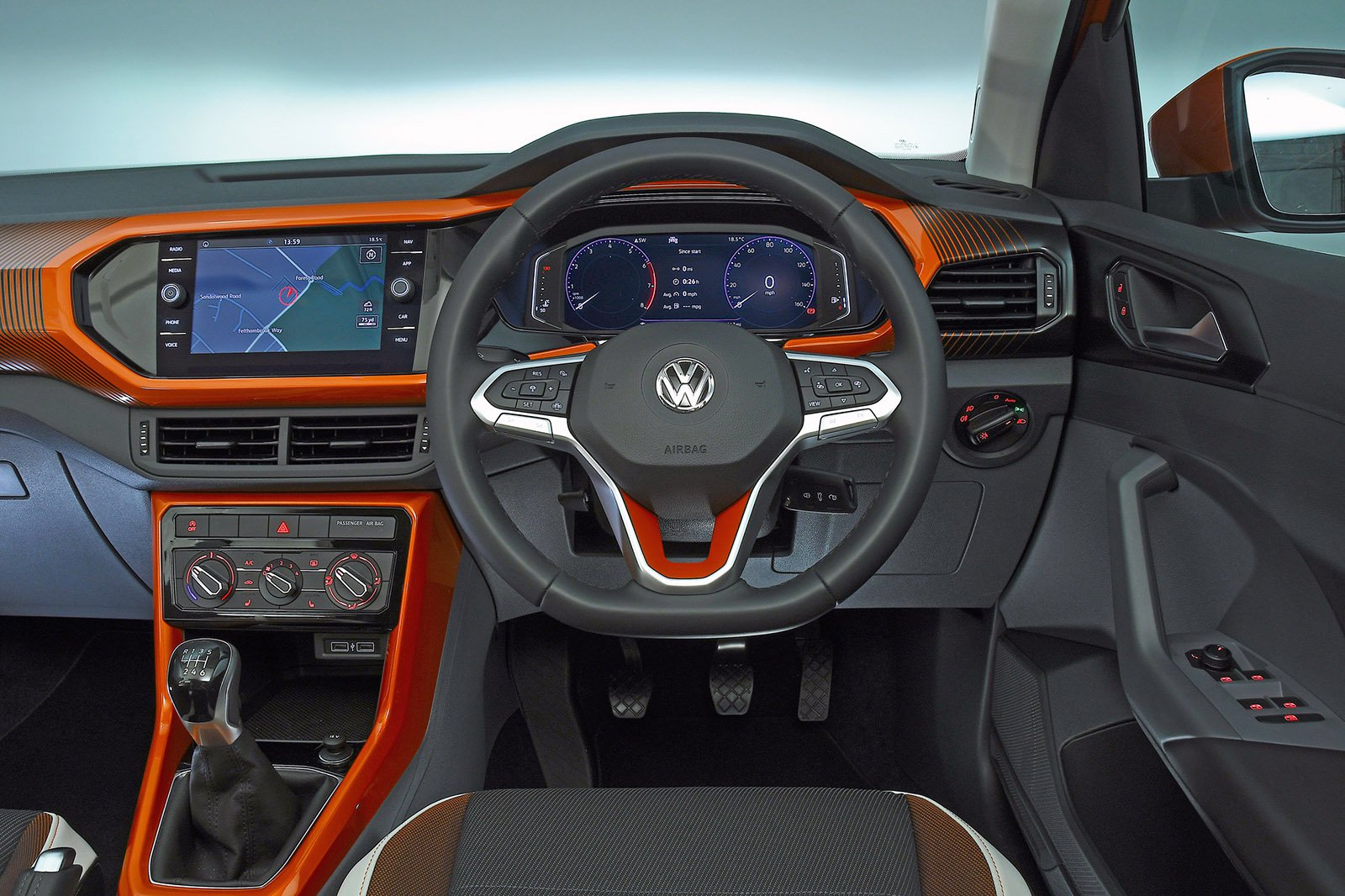 As far as the infotainment setups go, the 9.2in touchscreen pictured in our test Kamiq was actually an option from new and has an in-built sat-nav; as standard, you got an 8.0in screen and you'd then need to use the smartphone mirroring function along with your Apple or Android device to get directions. But the standard system is more than good enough, thanks to a bright screen and an interface that’s easy to get your head around. In fact, the upgraded system is sometimes frustratingly slow to respond to presses, so it's not worth seeking out.

Unlike in the Kamiq, the upgraded system fitted to our T-Cross doesn’t add a bigger screen (it remains 8.0in in size), but it does give you built-in sat-nav with live traffic updates, and a CD player. Once again, though, the standard system has smartphone mirroring for your sat-nav needs. 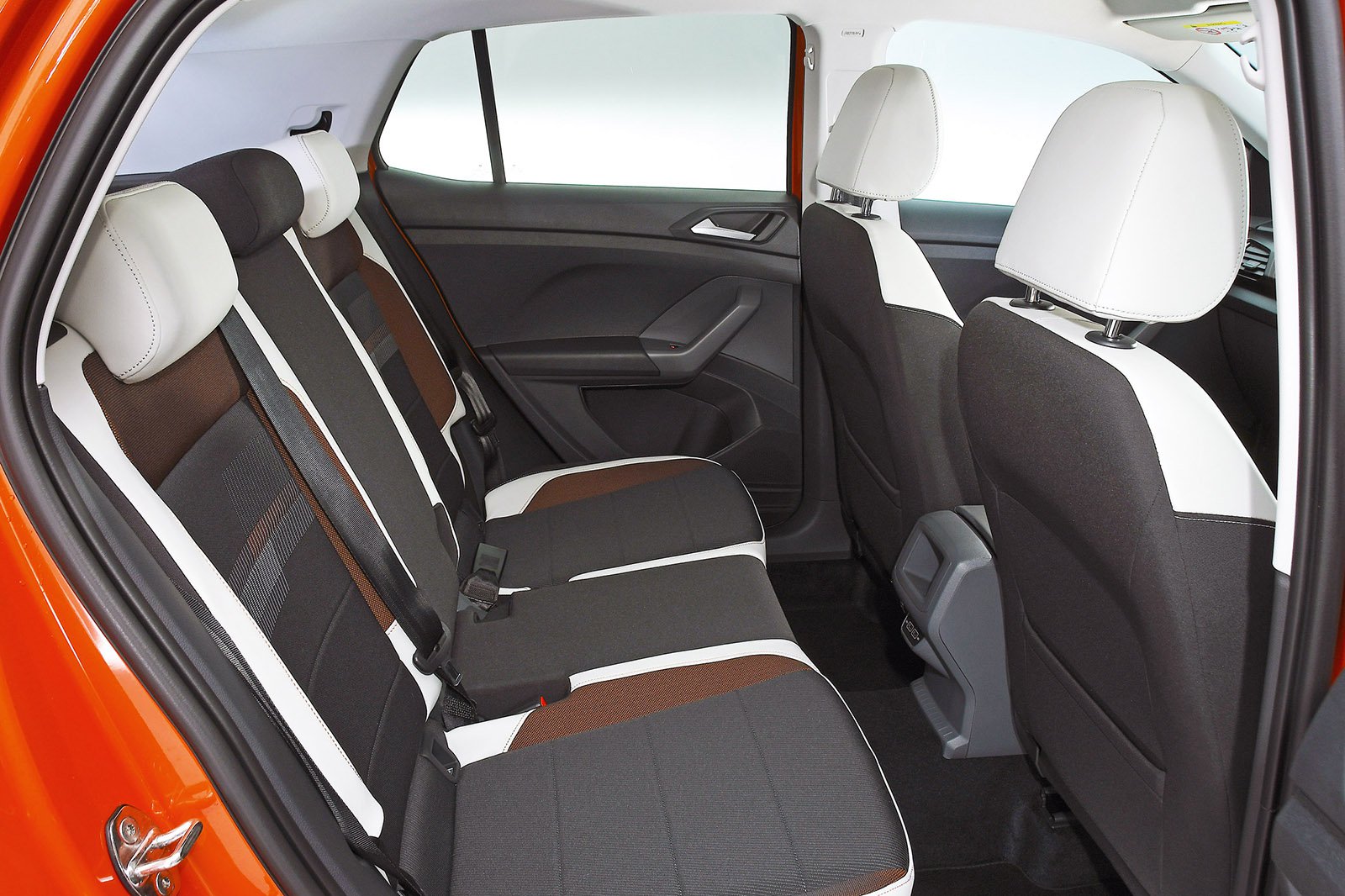 The Kamiq and T-Cross may be small SUVs, but they’re surprisingly big on the inside. You won’t have any trouble fitting in the front, even if you’re well over six feet tall, and taller adults won’t grumble about sitting in the back, either. That said, even if you push the T-Cross’s sliding rear seats as far back as they’ll go (the Kamiq’s don’t move), it has noticeably less knee room than its rival.

With its rear seats slid back, the T-Cross has a much smaller and more awkwardly shaped boot than the Kamiq, too. The former can take just five carry-on suitcases beneath its parcel shelf, compared with seven in the latter. And while sliding the T-Cross’s seats all the way forward puts the two roughly on a par for boot space, this makes rear leg room seriously tight. 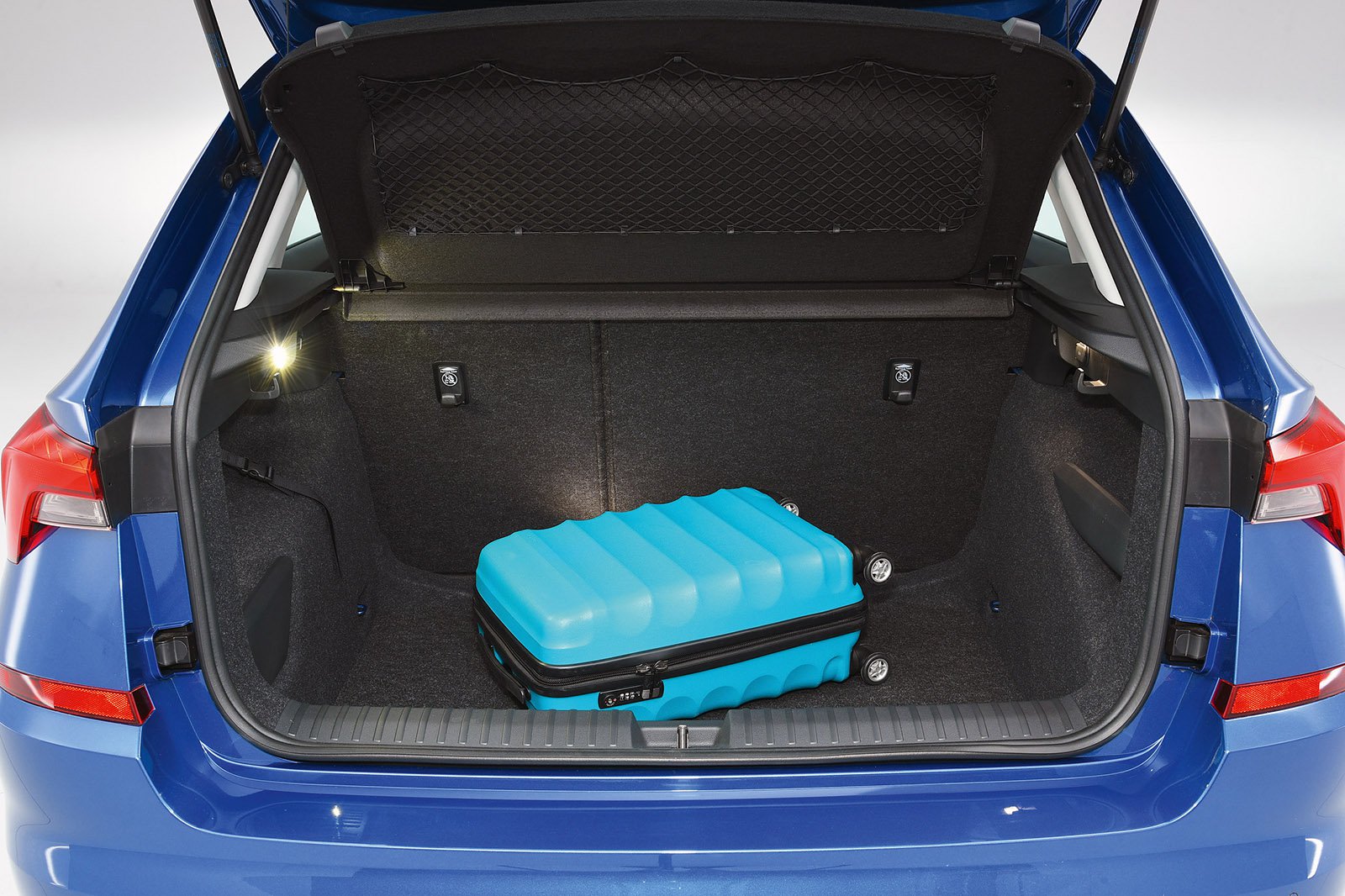 Mind you, the T-Cross comes with a height-adjustable boot floor as standard, whereas this was an optional extra on a new Kamiq. Both cars have rear seatbacks that can be folded down in a 60/40 split if you need to carry extra clobber.

When it comes to stowage for odds and ends, the Kamiq wins points by having a felt-lined cubby on the right-hand side of its dashboard and a compartment for your sunglasses above the rear-view mirror. The T-Cross counters with a storage drawer under its driver’s seat. 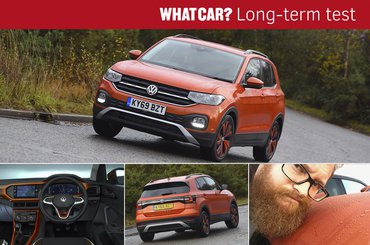 The Volkswagen T-Cross impressed us on test, but how will it work in the hands of Millie, a key-worker in a care home? Its time is up, so it's time to look back and reflect