In another of our weekly history lessons, we look back at a hot hatch that has been somewhat overlooked, the Mk1 Vauxhall Astra GTE – our 1984 Sporting Car of the Year...

Here at What Car?, we define a hot hatch as a car that "mixes everyday practicality with higher performance and the sort of handling that’s ideally suited to British roads". Oh, and it "should be fun, too".

Strange, then, that one of the best all-round hot hatches from the nascent years of the class has all but been forgotten. While icons such as the Peugeot 205 GTi and Ford Escort XR3i still get plenty of press, Vauxhall’s first attempt at a fast hatchback has slowly but surely become the forgotten child of the 1980s hot hatch scene.

Perhaps it’s because much of the press at the time viewed the Astra GTE as a jack of all trades, rather than a razor-sharp B-road weapon. But is there anything wrong with being an all-rounder? To find out, we decided to take the original Astra GTE for a drive in the Oxfordshire countryside to see how it stacks up today.

Making its debut at the Frankfurt motor show in 1975, the legendary Mk1 Volkswagen Golf GTI showed the rest of the industry the way forward and, in less than half a decade, Ford, Peugeot, Renault and even MG, with its Metro Turbo, had infiltrated the increasingly competitive hot hatch market. 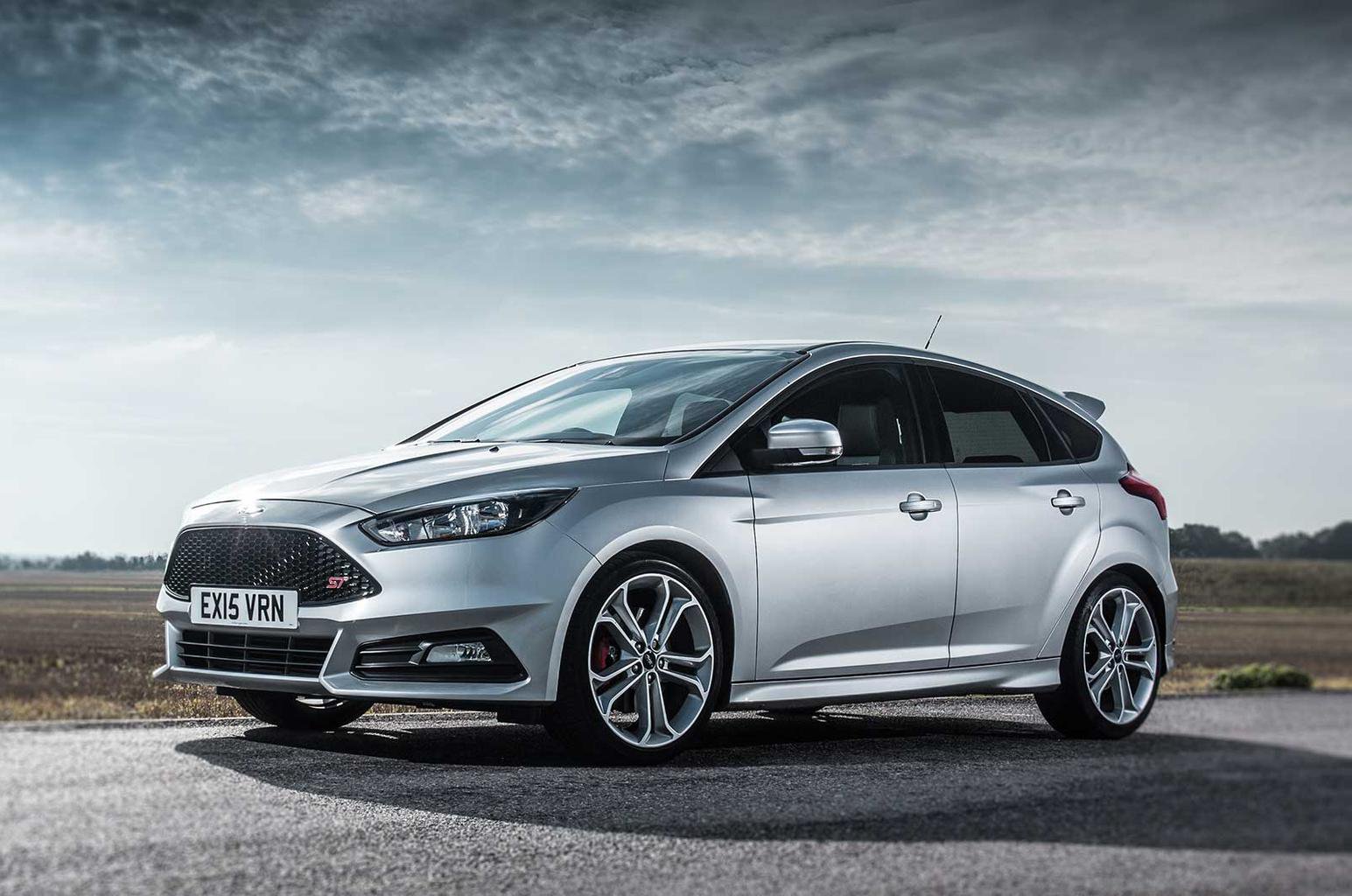 Therefore, when Vauxhall released its Mk1 GTE in 1983, it was somewhat late to the party. However, the engineers had used their development time wisely, creating a hatch that was anything but half-baked. Equipped with a fuel-injected 1.8-litre engine, it had 3bhp more than the VW Golf GTI and 10bhp more than the Ford Escort XR3i.

Our 1984 Best Sporting Car of the Year

“Nought to naughty in 8.5 seconds,” read Vauxhall’s wonderfully dated marketing slogan. Featuring a white GTE, with its striking monochrome colour scheme – red, black and silver GTEs had to do without colour-matching bumpers and wheels – Vauxhall was clearly not afraid of taking the fight to VW and Ford. 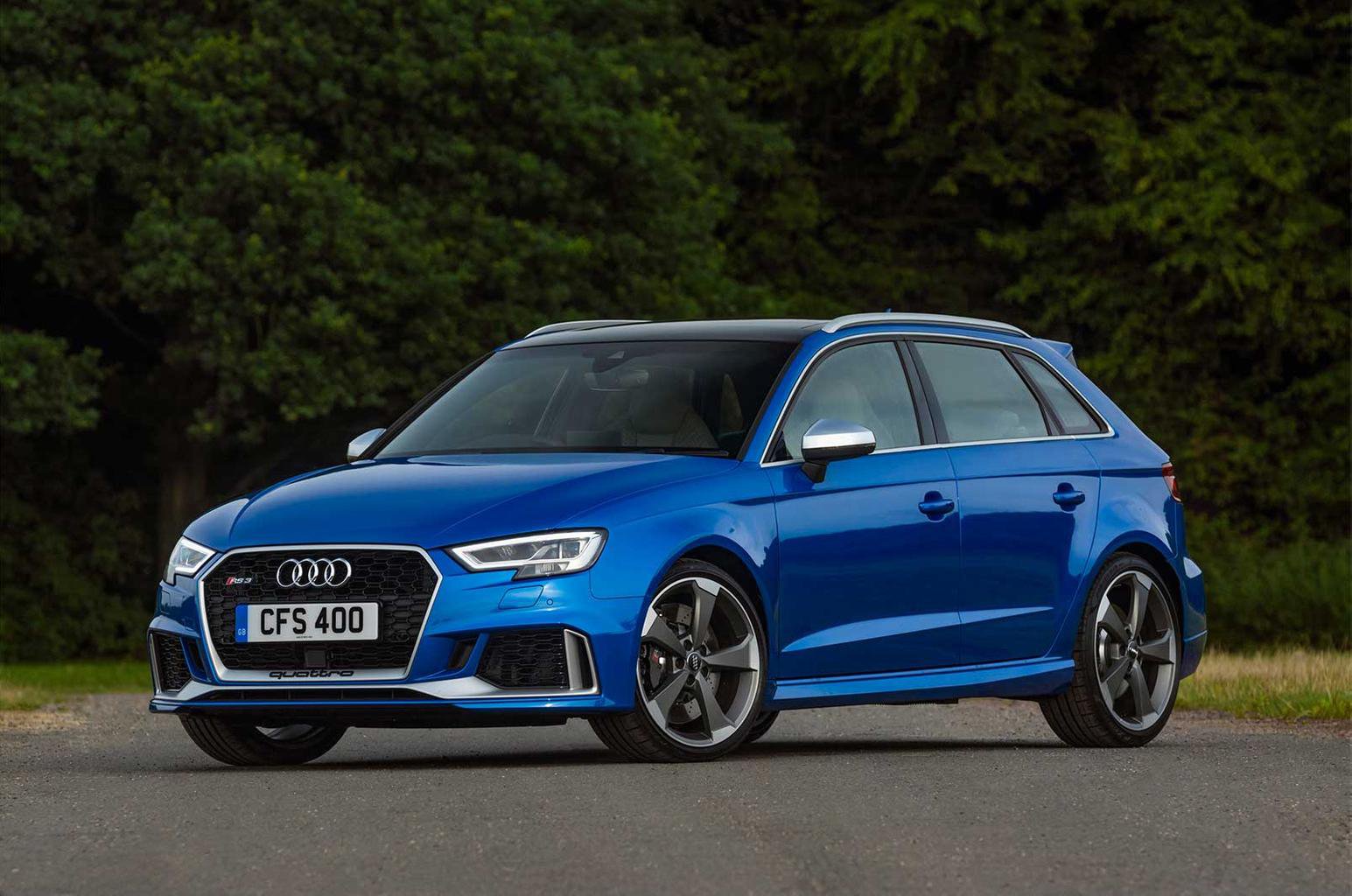 However, in stark contrast to the GTE’s sensationalist ad, you can’t help but notice a lack of superlatives when reading through our old road tests. It would seem that, despite the Vauxhall packing more power than its closest rivals, it didn’t quite offer the same electrifying driving experience. Instead, it countered that with an impressive mix of refinement (from both its peachy engine and surprisingly pliant ride) and point-to-point pace.

Unfortunately, a grown-up driving experience came with a grown-up price tag, with first-year models demanding a significant premium over the less refined but slightly sharper Ford Escort XR3i. Thankfully, Vauxhall’s marketing execs quickly realised that they had overestimated the outright desirability of the GTE and slashed prices for 1984, improving both its position on forecourts and in our group tests. 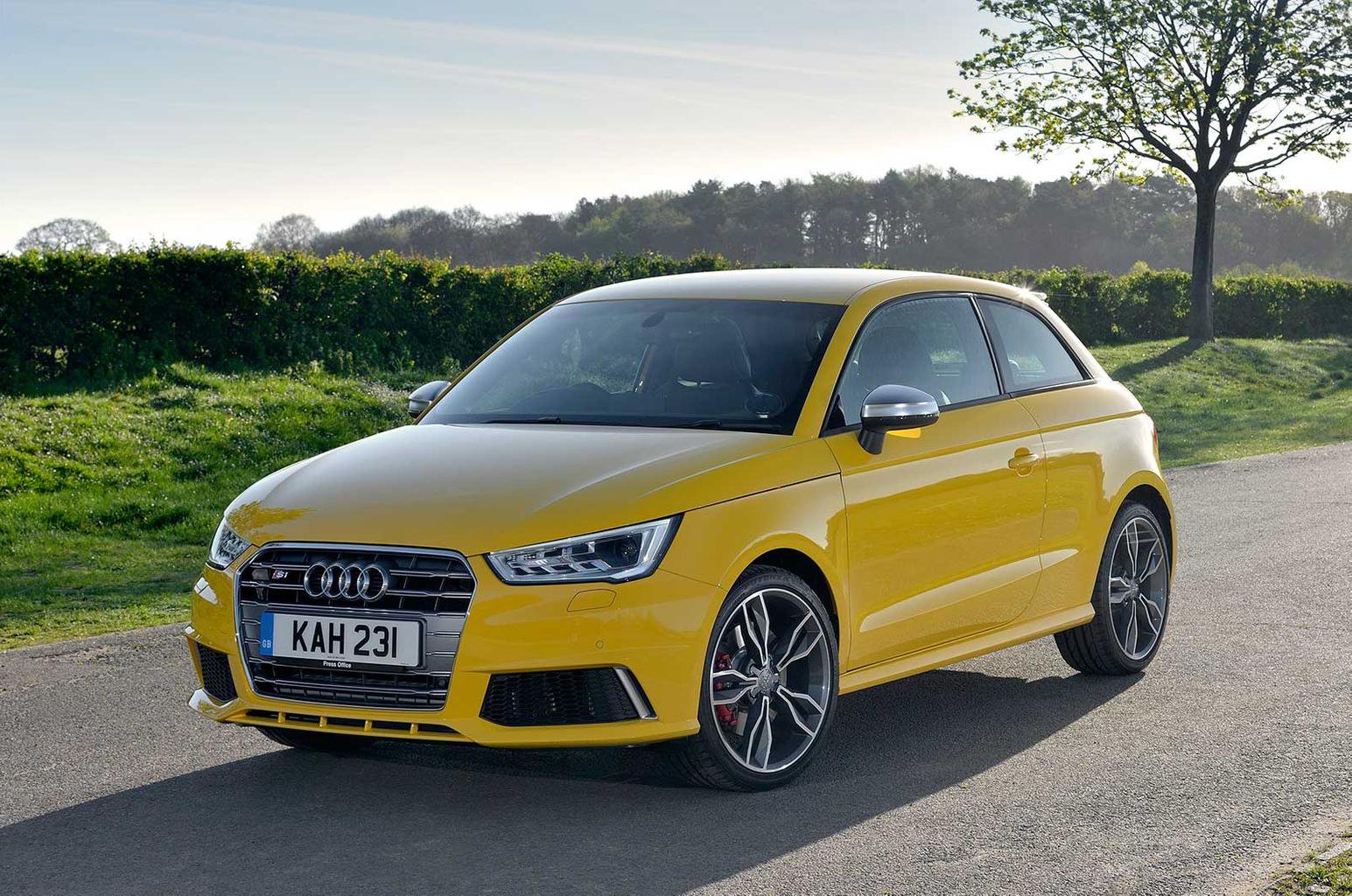 We said at the time:

“The tables have turned and we can wholly recommend the Vauxhall as the best buy of the sporty hatchbacks tested. Not least of its charms is the pleasant 115bhp 1796cc engine that, while not quite endowing the GTE with slingshot performance, is a very tractable unit.

At 9.5 seconds to 60mph, the GTE won’t see off an XR3 (we’d yet to test the recently released XR3i) but nonetheless is a competent performer.

The car rides much better than the Escort, too, and has near enough the same levels of roadholding under hard driving.

Inside the GTE is a boy racer’s delight, with sporty bucket seats that grip the body well and a low down driving position.”

With hindsight, it would be hard to call the GTE’s Best Sporting Car of the Year win emphatic. Words such as ‘pleasant’ and ‘competent’ don’t exactly stir the soul. However, in 1984, the concept of the hot hatch was still in its infancy (one of the reasons we didn’t have a separate hot hatch Car of the Year category), making the GTE something of a pioneer; an interpretation of what Vauxhall believed a lightweight front-wheel-drive performance car should be.

Shame, then, that the Mk1 GTE was only around for two short years – replaced by the futuristic but ultimately less engaging Mk2.

Step inside and the GTE immediately impresses. Despite featuring copious amounts of 1980s plastic, the design of the Astra’s interior and its level of fit and finish are better than an equivalent Escort of the time.

And yet, it’s the small details specific to the GTE that really pull you into the experience. Up front, a pair of wonderfully comfy and surprisingly supportive Recaro seats are a throwback to a time when velour was seen as a true luxury. The dashboard is canted towards the driver – a design trend we dearly miss – and bold analogue dials, backlit by atmospheric orange lights, are easy to read, making you question Vauxhall’s decision to move to digital dials in the Mk2 GTE. 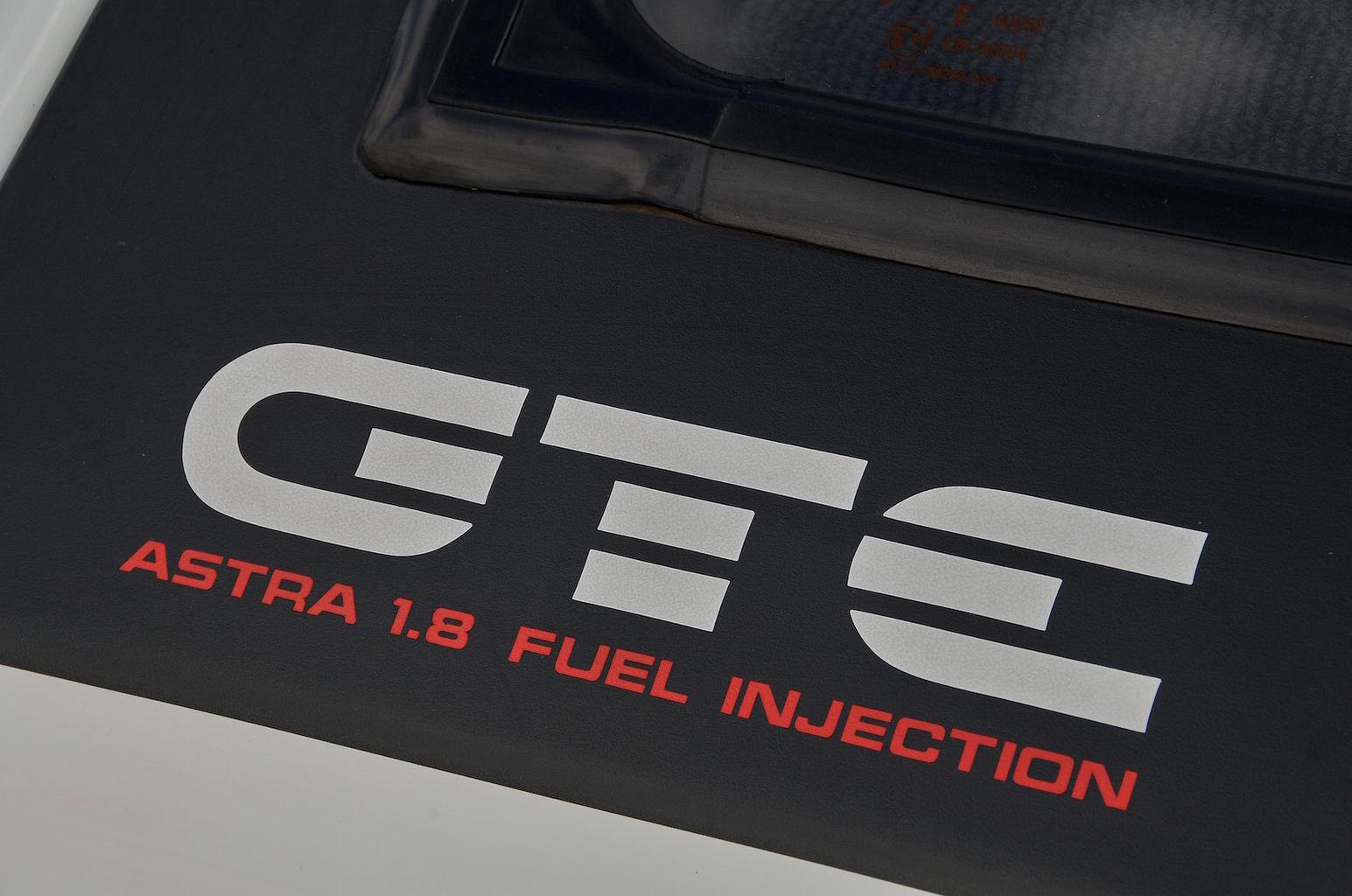 Twist the key and the naturally aspirated 1.8-litre engine fires into life with a reserved but satisfyingly raspy note. The long gearlever feels rather notchy and vague at first, but once the 'box is engaged, the Astra pulls through the gears with a tenacity unbefitting of a 115bhp hatch. The GTE would have been even quicker, too, if Vauxhall hadn’t fitted such tall gearing; third runs all the way to 86mph.

And yet, you never get frustrated at the lack of ratios (fifth gear served simply as an overdrive), thanks to a sizeable slug of torque on hand at mid-revs. Peak power arrives at 5800rpm, but there’s not much point going beyond that, with acceleration dropping off quite significantly in the last 700rpm of the rev range. 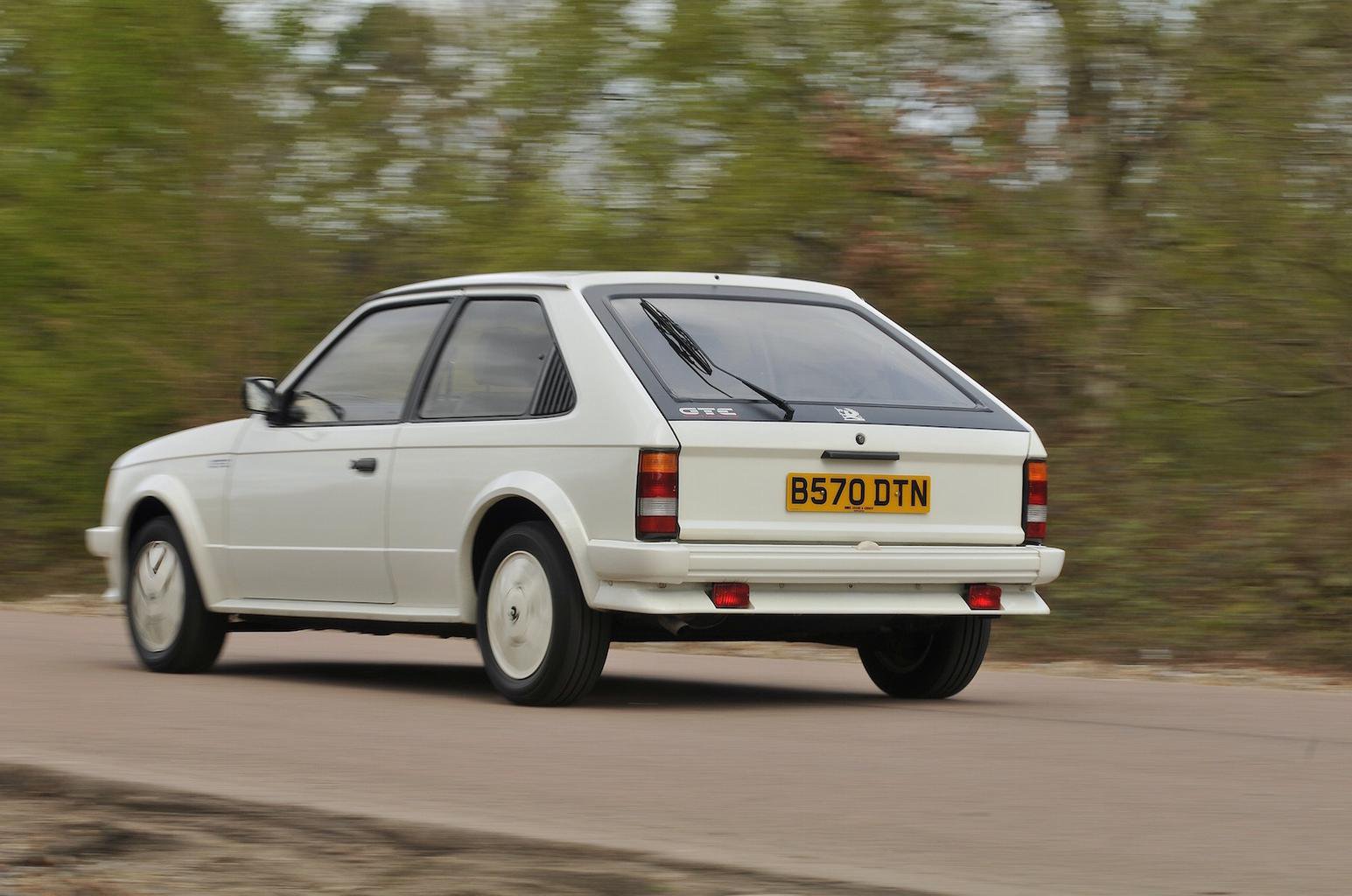 Turn into the first corner and it quickly becomes apparent that the GTE isn’t quite as sharp as an XR3i, with the steering feeling a little remote and rather heavy in slower bends. However, push on a little harder and, once the car is settled in a bend, a surprising amount of information makes its way back to your fingertips. This, combined with a handling balance that’s surprisingly stable and secure, allows you to carry plenty of speed through high-speed corners without worrying about going backwards into a hedge – something that could be a worry in some rival hot hatches of that era.

In fact, point to point, the GTE would be more than a match for a Mk1 Golf GTI, making it all the more criminal that a car with such a broad range of talents has been overlooked. 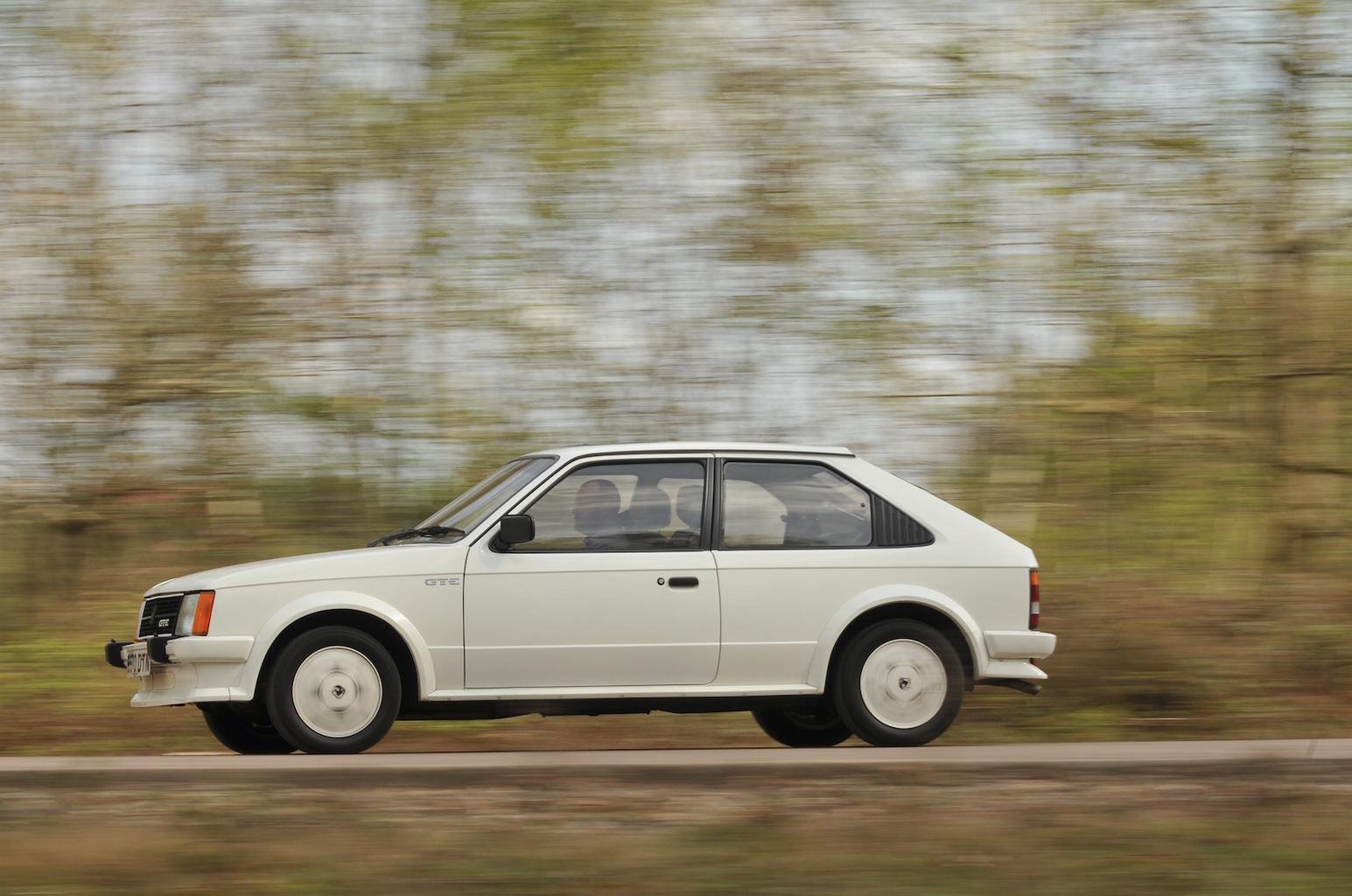 Most impressive of all, however, is the GTE’s remarkable refinement. At low speeds, the engine is very hushed, there are virtually no squeaks or rattles from the interior trim (our test car was a fastidiously well-maintained car, admittedly) and the relatively soft suspension irons out all but the largest of urban imperfections. It’s a combination that most hot hatches today would struggle to match.

Despite the GTE being somewhat overlooked, it hasn’t quite escaped the 1980s hot hatch market bubble. Therefore, usable, rough-around-the-edges examples start at around £4000, a fully restored car or a very well-maintained original will set you back between £12,000 and £15,000, and very low-mileage examples can fetch up to £18,000.

The Mk1 Astra was a fairly reliable car at the time but, like any old car, it will need regular maintenance. Astras were also known for their propensity to rust, so make sure you check areas where water can build up: bottom of the doors, bootlid and the top of the front wings. 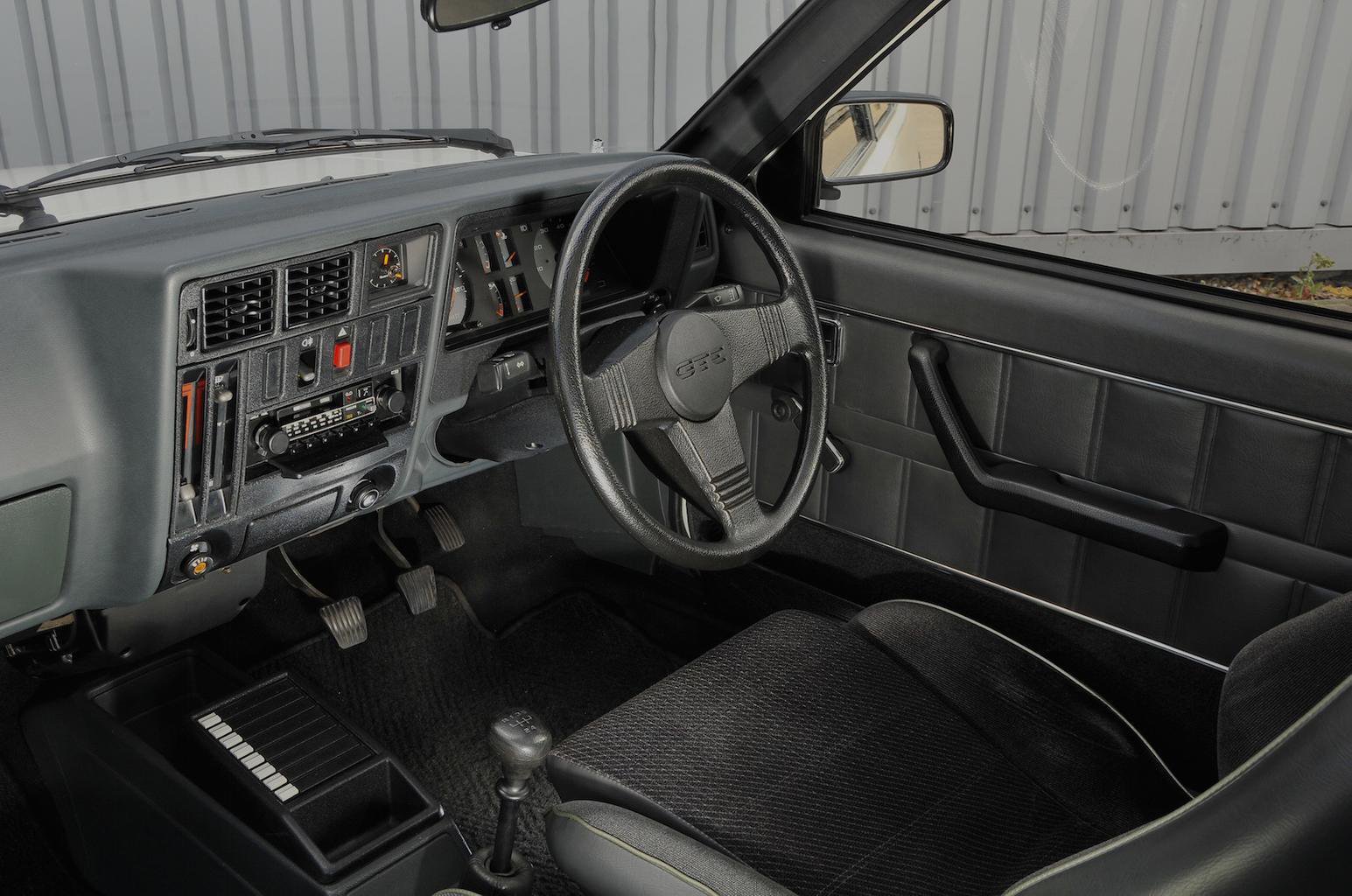 As always, when on the lookout for a classic, make sure it has good service history. Not only does this make the car easier to sell on, but it also means that problems should be fewer and farther between. Making sure your car is regularly maintained is also a must, because it’s a given that GTE prices are likely to rise in the future – it’s well worth the effort.

Like the idea of the Astra GTE, but want something more modern? These are our top 10 hot hatches on sale today. 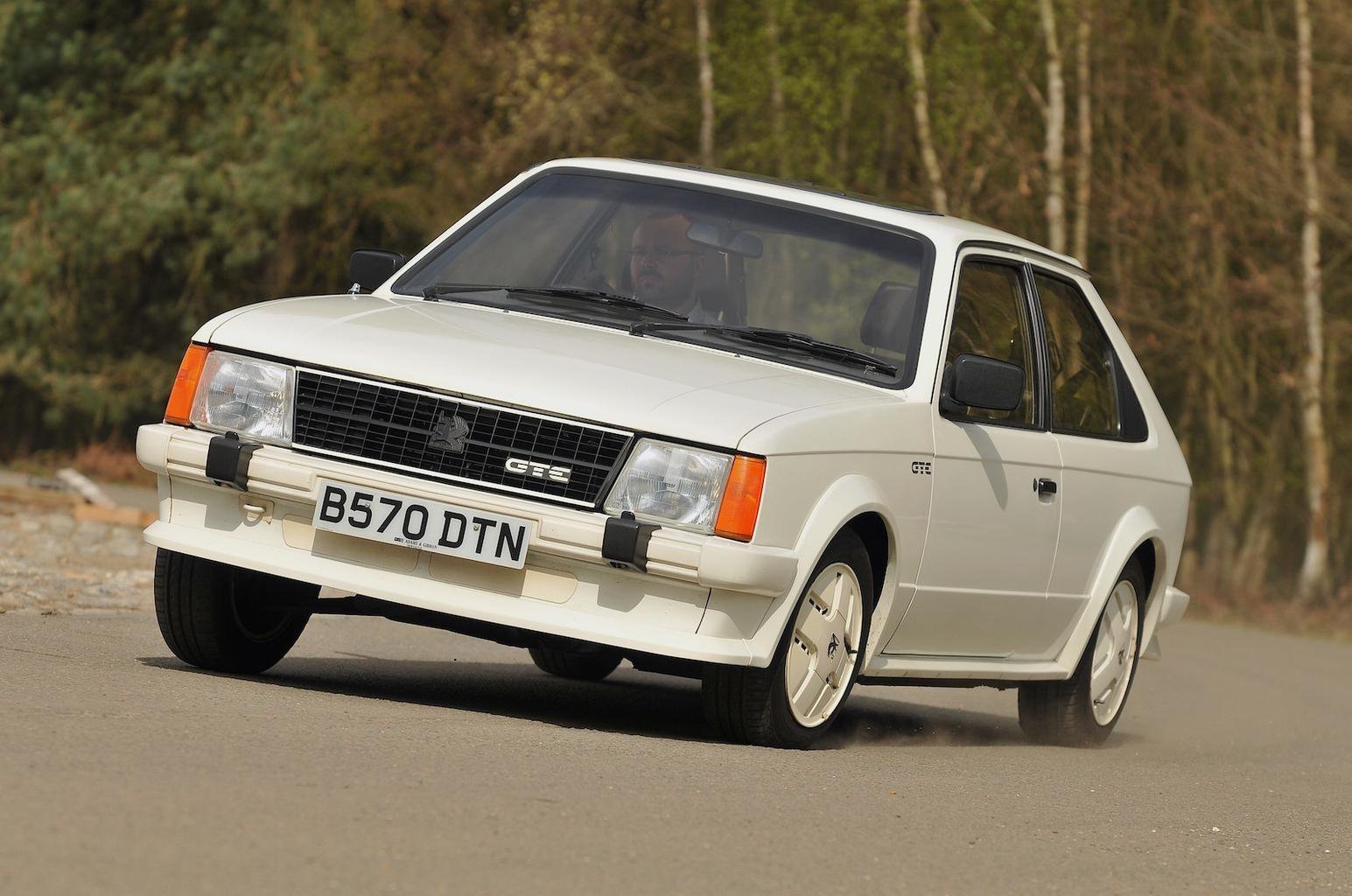 The S1 may be based on Audi’s little A1 shopper, but a 228bhp engine has been shoehorned under its bonnet and a four-wheel-drive system replaces the usual front-wheel-drive set-up. All that power in such a small package means the S1 is seriously rapid in a straight line. In fact, it’ll outrun a Ford Focus ST and Volkswagen Golf GTI. The four-wheel drive helps the S1 stay glued to the road in fast corners and the interior is up there with larger luxury models. The ride is a bit firm and the steering a bit lacklustre, though.

Find a great Audi A1 deal 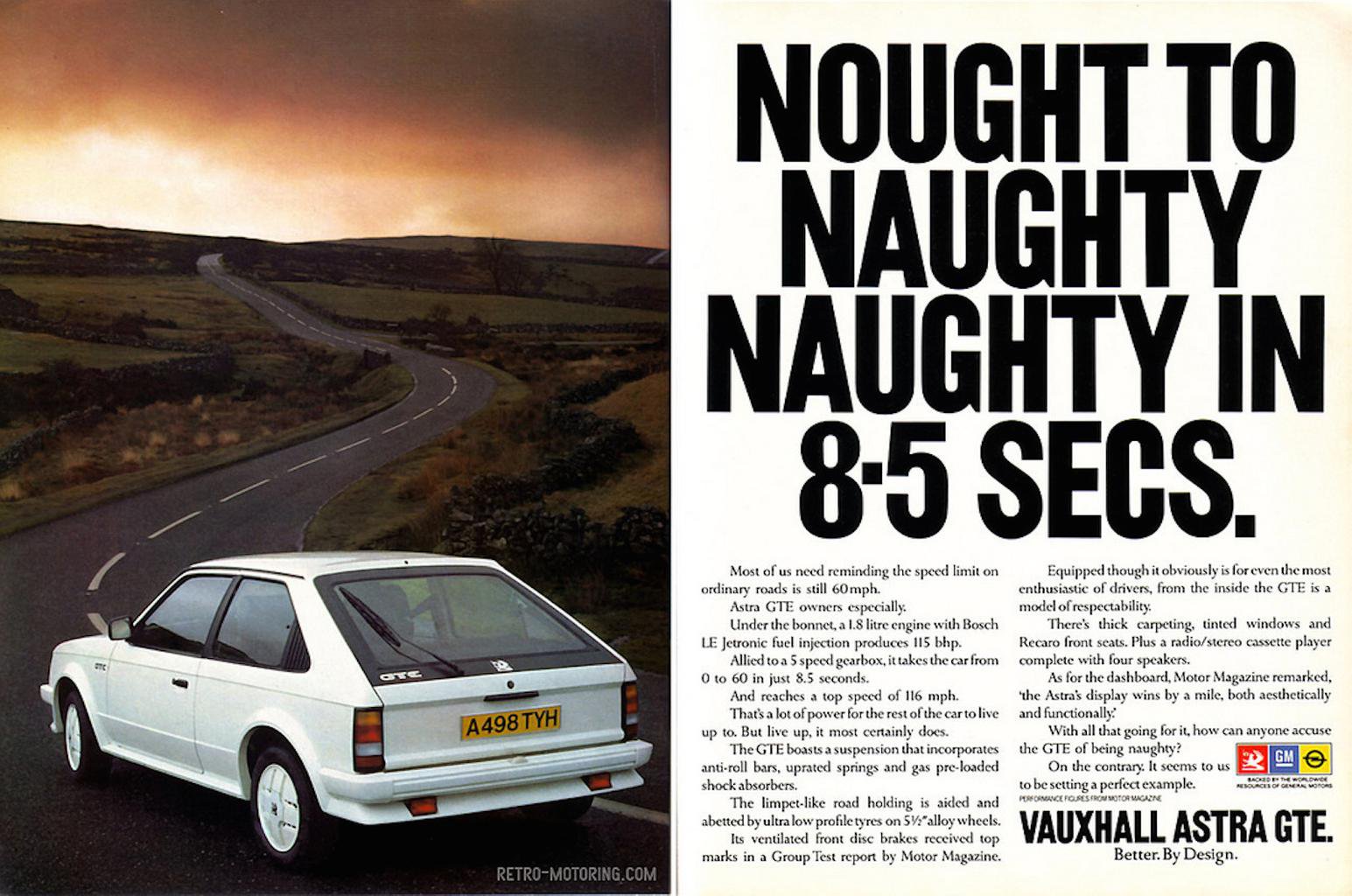 Audi has been locked in a power battle with Mercedes-Benz in recent years, but this revised RS3, which borrows the 394bhp five-cylinder engine from its TT RS sports car, puts the hot hatch firmly in the top spot for outright acceleration. You’ll need a well-padded wallet to buy and own an RS3, though. If you’re after something more playful and cheaper, check out the BMW M140i and Ford Focus RS. 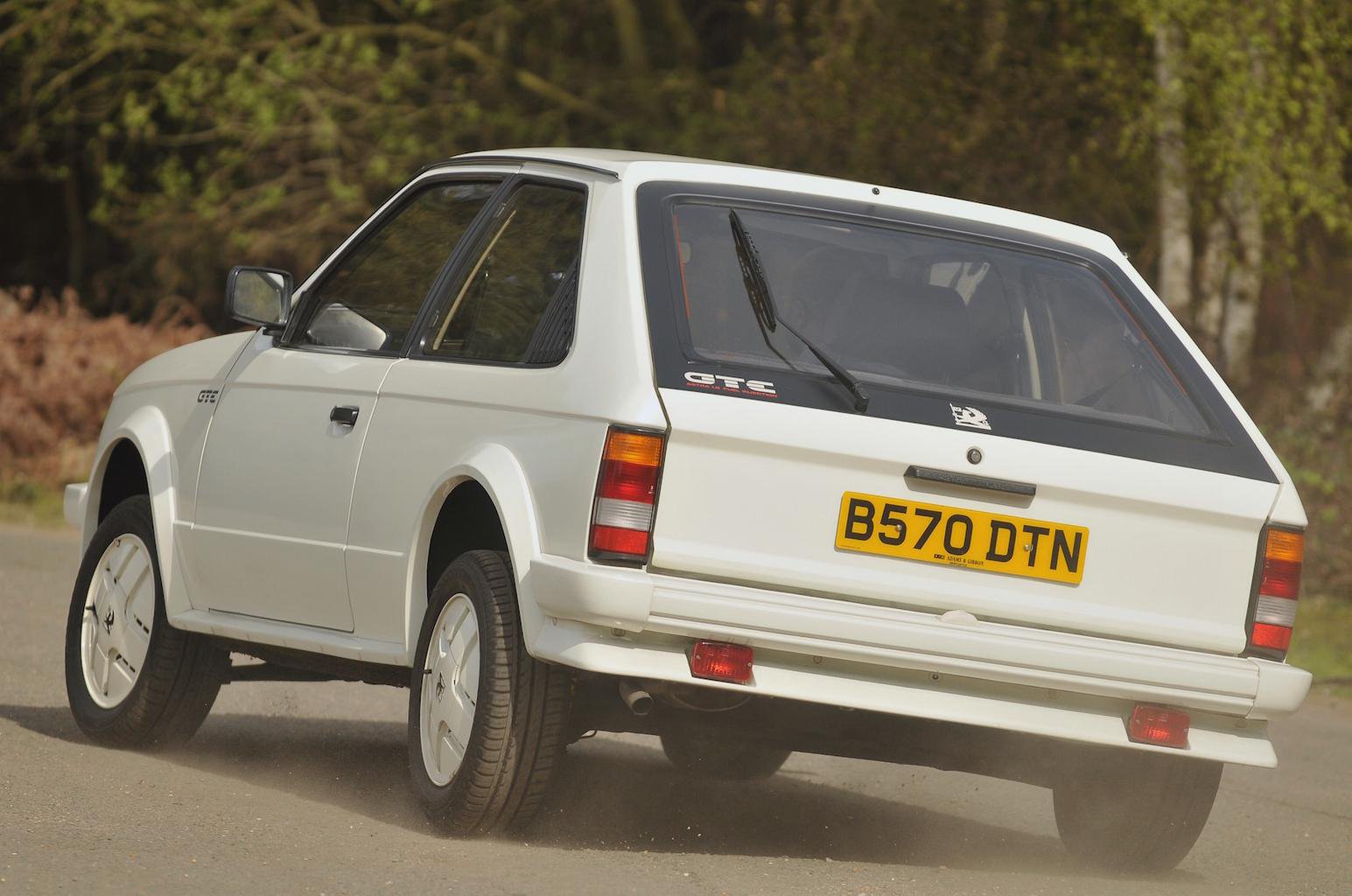 The regular Ford Focus is already a very competent family hatchback, so it makes sense that the go-faster version, the Focus ST, would be a great all-rounder as well. You can have it in either 182bhp or 247bhp forms, but whichever option you choose you'll get engaging handling and a great driving position. The interior could do with being a little classier, but it's still a solid option in this market.