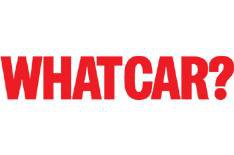 Welcome to our weekly round-up of the best new stories from the week.

New Insignia
We've had a sneak preview of the new Vectra replacement, the Insignia. Click here, to find out why its such an exciting new car.

180mpg by 2050
Former Ford Chief Technical Officer Richard Parry-Jones says 180mpg cars that emit just 40g/km of carbon dioxide can be built by 2050 so long as Governments don't try to rush change on the car industry. Click here to read the full story.

Car buyers lose their cars
Dozens of car buyers face losing their cars or their cash after the disappearance of a broker. What Car? has been contacted by several readers who have bought cars through Gwent Fleet Management (GFM). Click here for full details.

VED Road tax rises will affect most drivers
More than half of all car owners will pay more VED road tax from April next year, according to figures released by the Treasury. Click here to find out if you'll be hit.

Schuey develops a road car
Former Formula 1 world champion Michael Schumacher is putting the all-new Ferrari California through its paces, ahead of the car's official debut at the Paris motor show in October. Find out why by clicking here.

Fuel prices to drop
A fuel price war between supermarkets could force all pump prices to come down. Full details here.

Ford Focus RS prompts rush
Deposits are already rolling in for the high-performance Ford Focus RS, which was unveiled at the British Motor Show but won't even be available until next spring. Read about the rush here.

Fiat 500 Abarth in demand, too
Want to be at the front of the queue for a Fiat 500 Abarth? Then you'd best read about how to lay down a deposit here.