On the inside, there is nothing major to differentiate the electric e-NV200 van from its diesel sibling – that is except for the replacement of its manual gearshift by an automatic-style lever that controls its parking and driving modes.

In terms of space, the e-NV200 is quite a sizeable van, its outwardly tall and thin appearance not impacting the room on the inside. Its driving position is fairly upright but not uncomfortable, and, aside from feeling a little oddly proportioned, it’s a perfectly acceptable workplace.

The quality of its plastics could really do with an upgrade, though, and an issue with interior storage is that most of it is open and undersized. The passenger seat does fold down, however, giving you a tabled surface to work at. We recommend getting the optional storage trays between the seats, and the under-seat storage tray to give you some proper useable storage. 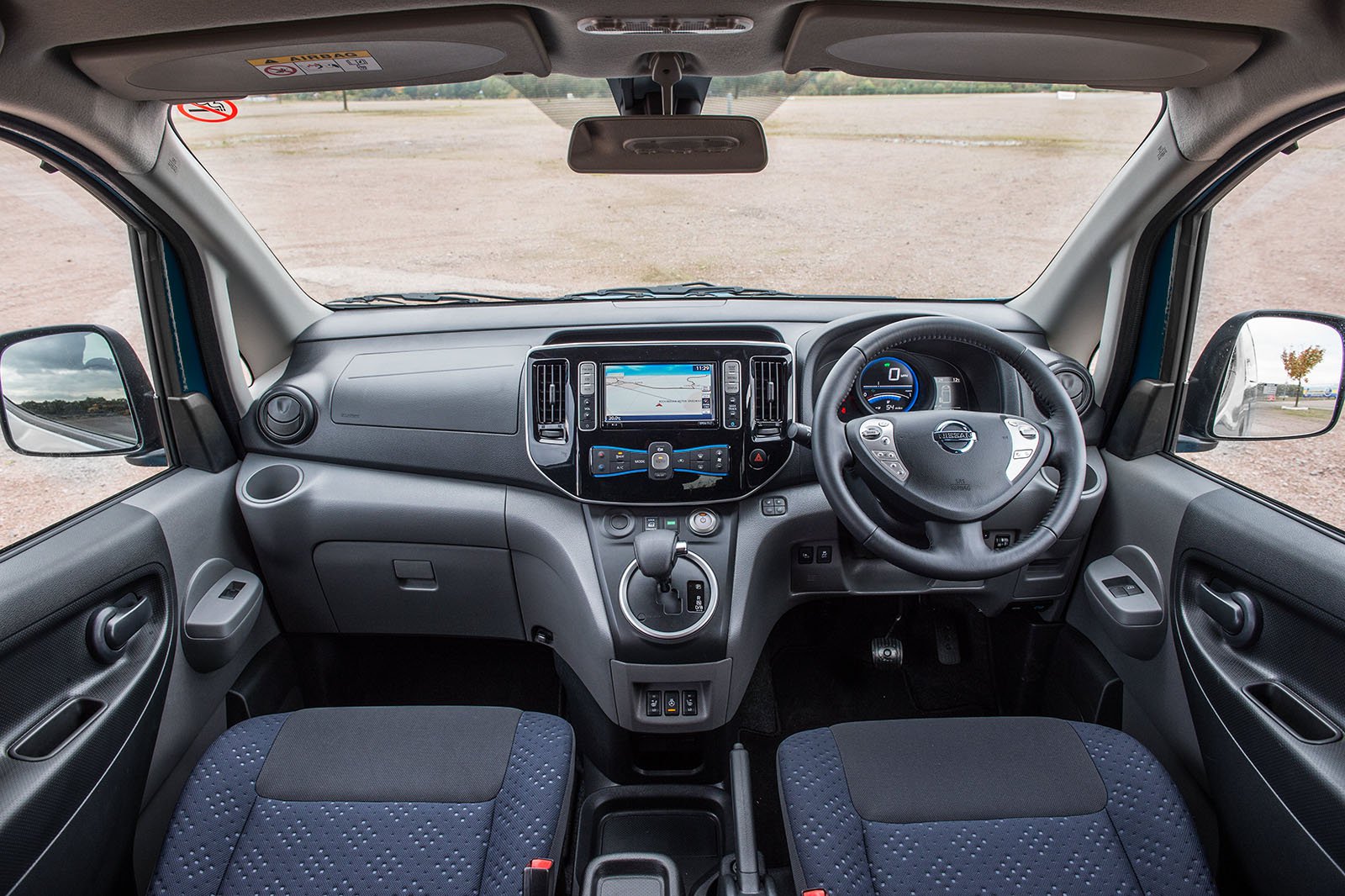