In a bid to put a clear distance between the Rifter and its forebears, as well as its Citroën and Vauxhall siblings, Peugeot has adopted the i-Cockpit interior design familiar from its other cars.

It’s a set-up that has attracted controversy before; the small, low-set steering wheel and high-mounted instruments can sometimes make the instruments difficult to see, depending on the driver’s height. Fortunately, this isn't the case in the Rifter, and it's easy to get comfortable, thanks to a height-adjustable seat and a steering wheel that adjusts for both reach and rake.

Pleasingly, unlike in other Peugeot cars that use i-Cockpit, the Rifter's ventilation functions can be controlled with physical buttons rather than through the infotainment touchscreen. However, certain sub-menus don’t have quite the simplicity found in rival systems from the Volkswagen Group, for example, and some of the graphics on the screen are rather small and hard to decipher, especially while you're driving.

Every Rifter comes with a DAB radio, Bluetooth and Apple CarPlay and Android Auto smartphone mirroring. 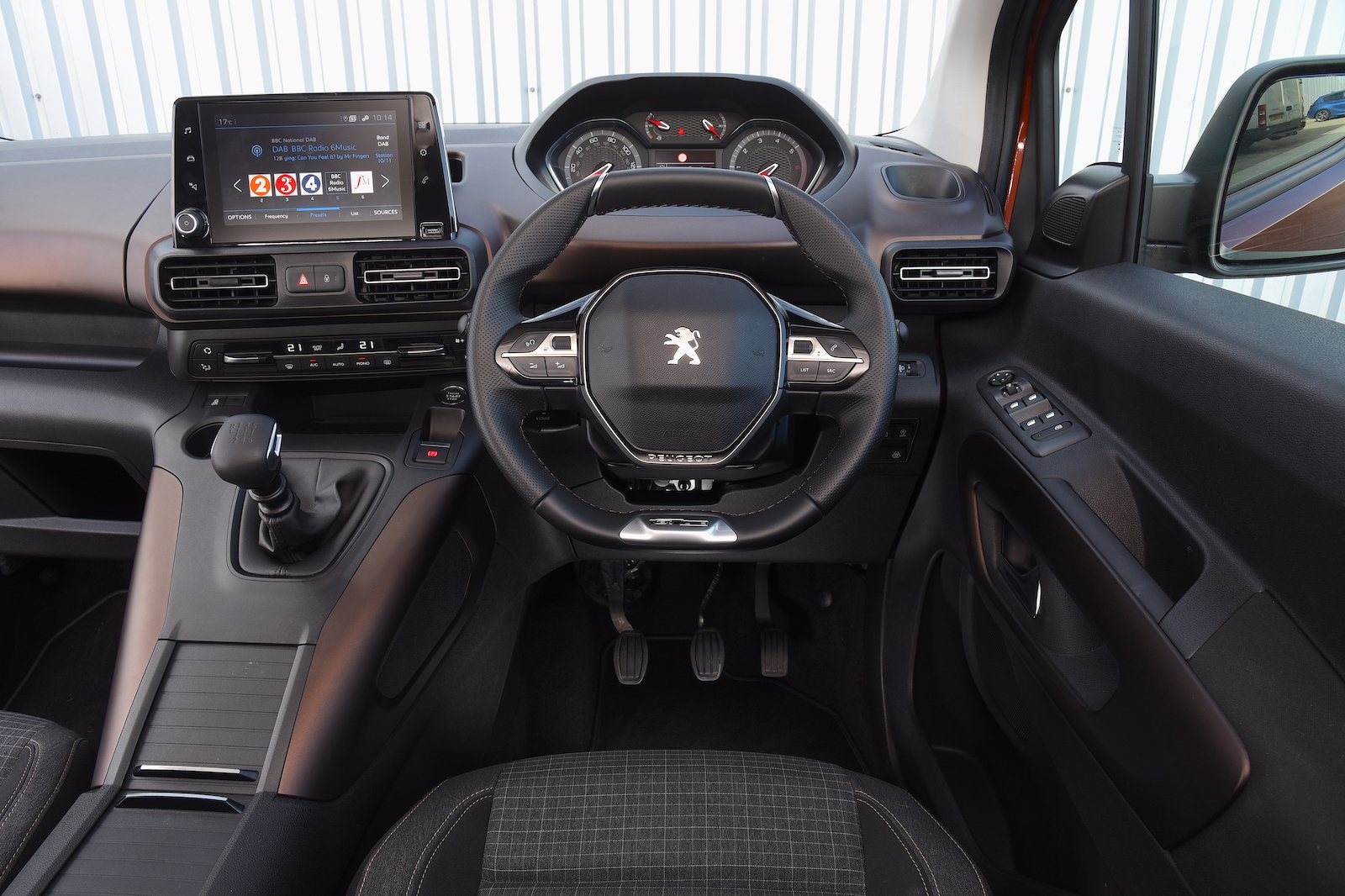