Your Peugeot e-Traveller engine choice is simple because there's only one option: an electric motor borrowed from the Peugeot e-208 and Peugeot e-2008. There are three drive modes – Eco, Normal and Power – which vary the available power considerably, up to a maximum 134bhp.

The Power mode gives you the full whack, with the potential for 0-62mph in a not bad (for a massive passenger van) 10.8sec. If you stick the e-Traveller in Eco when you’re running low on juice, you’ll only have 80bhp to play with and a vehicle that will struggle to top 65mph on a level motorway.

Ride quality – which is usually of greater importance than performance in a people hauler – is generally fine. Compared with a non-electric Toyota Proace Verso (which has the same platform), the e-Traveller isn’t as settled over scruffy road surfaces.

That may change with passengers on board, but it will still end up feeling quite bouncy over undulations at speed. Plus there’s a significant ‘thwack’ sound that reverberates through the interior when you hit a big pothole at town speeds. Fortunately, there’s no real motor whine of note while you’re driving the e-Traveller, and wind and road noise are well contained.

On the road, you won’t be mistaking the e-Traveller for a smaller MPV like the Volkswagen Touran, but it is at least just as easy to drive. The steering is pretty accurate, although it does involve a lot of arm twirling when parking. At higher speeds, the body leans a bit in tighter bends, but you get used to that after a while, and generally appreciate the e-Traveller’s decent grip levels that allow you to maintain your pace down a country road. 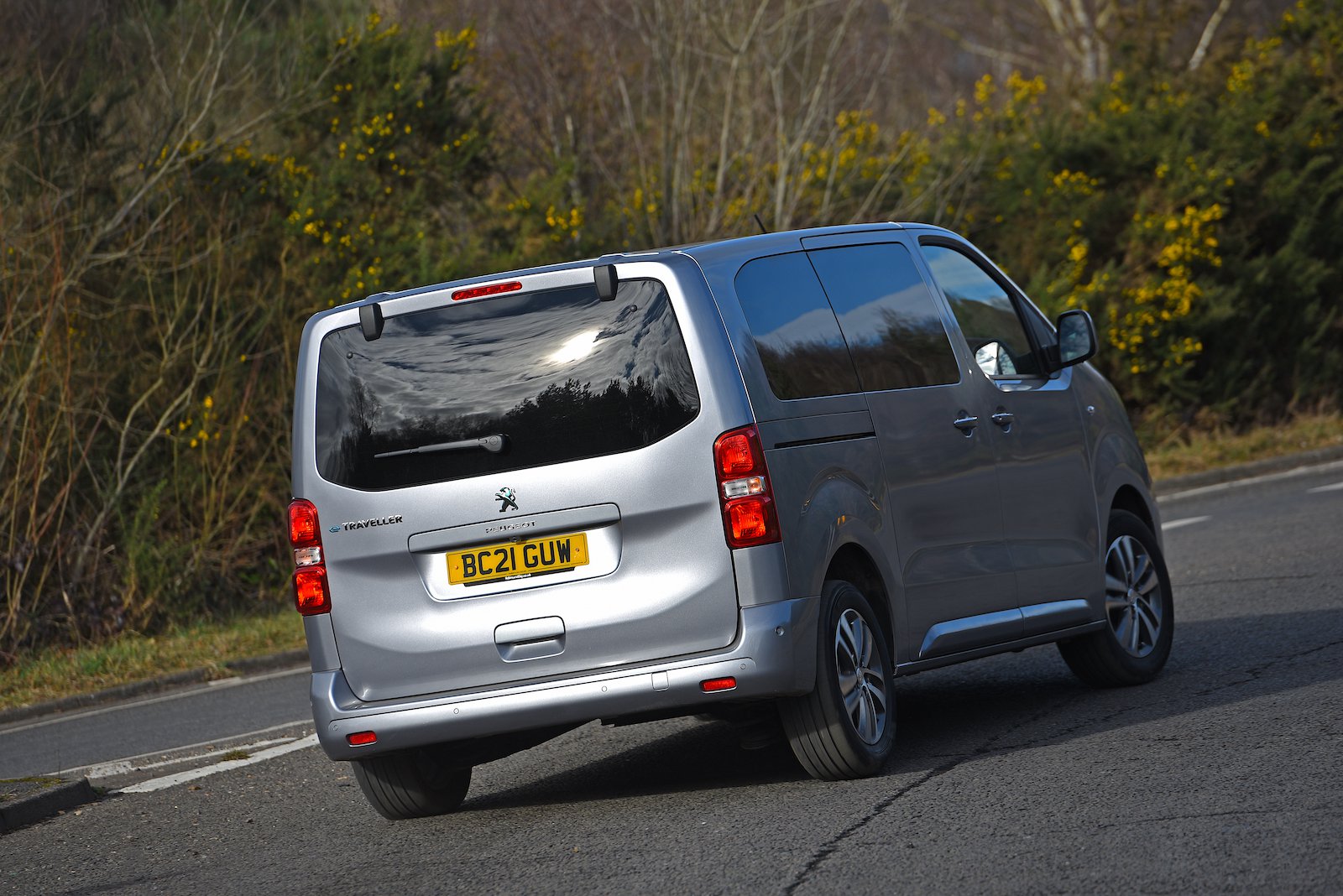