While it might not sell in the same kind of volume as some of its rivals, the Renault Clio is just as well known to most car buyers. For that, you can thank a certain Nicole and her papa who appeared in a hugely successful advertising campaign to promote the original Clio of 1991.

This fourth-generation car arrived more than twenty years later in 2013 and was a popular choice with small car buyers right up until 2019, when it was replaced by an updated version. That popularity was due mainly to its bold exterior and interior styling (including a dashboard shaped like an aircraft’s wing), competitive pricing and low running costs.

The highlights of the engine line-up are Renault’s smooth 1.5-litre diesel and a turbocharged three-cylinder 0.9-litre petrol engine both with 88bhp. There are also 1.2-litre petrols either with a turbocharger (118bhp) or without (74bhp), but these are rather expensive or rather slow respectively. If you’d prefer an automatic gearbox rather than the slightly notchy manual you’ll need to opt for either the 1.5 diesel or the turbocharged 1.2 petrol, and for speed demons there’s the hot Renault Sport version, with its 1.6-litre turbo.

As for the trim levels, there are five trims for the standard Clio and two for the Clio RS models. Opt for the entry-level trimmed Expression model and you'll find Bluetooth, USB connectivity, cruise control, front electric windows, and electrically adjustable and heated door mirrors fitted as standard. Upgrade to Play and the Clio gains 16in alloy wheels and air conditioning. The Dynamique Nav trims include keyless entry and start, auto lights and wipers, and Renault's MediaNav infotainment system complete with a 7.0in touchscreen display, DAB radio and sat-nav, while the Dynamique S models add 17in alloy wheels, rear parking sensors, LED headlights, climate control and all-round electric windows.

If you are after a bit more power then the RS, as mentioned, comes in two versions - the RS 200 and the RS 220 Trophy. For those after a truly sporty drive the Clio Renault Sport (RS) and in particular its Trophy derivative are very capable cars. The RS 200 comes with RS-designed LED headlights, 17in alloy wheels, a rear diffuser, a F1-styled front blade, a sporty bodykit and chassis set-up and an electronic differential on the outside, while inside there is cruise control, air conditioning, sports seats trimmed in dark cloth with red stitching and Renault's MediaNav infotainment system.

The Clio doesn’t quite match the benchmark set by the Ford Fiesta either in terms of ride comfort or handling. That said, it comes closer than most small cars, with good grip and secure handling that borders on good fun. There's more body lean than some of its newer rivals, but the payback for that is a comfortable ride. Aside from a restricted over-the-shoulder view, it is a doddle to drive, too.

And while the Clio can’t match the likes of the Skoda Fabia or Kia Rio for interior space, it at least has a boot the same size as that of the Ford Fiesta. That in turn means it will swallow a couple of large cases without fuss, but if you’re buying a Clio with the aim of transporting small children, be prepared to familiarise yourself with their buggy’s wheel-release mechanism.

Space in the rear seats is fine for children but taller adults will find that both leg room and head room is tight. Those in the front will enjoy much more space, but might still rue the shortage of decent cubby holes for phones and the like.

In June 2016 the Clio line-up received upgraded materials for the interior and the addition of a more powerful 110bhp version of the 1.5 diesel complete with a six-speed gearbox. It was eventually replaced by an all-new fifth-generation version in 2019.

If you're interested in buying a used Clio, or any of the other cars mentioned here, check out our used car classified pages here. 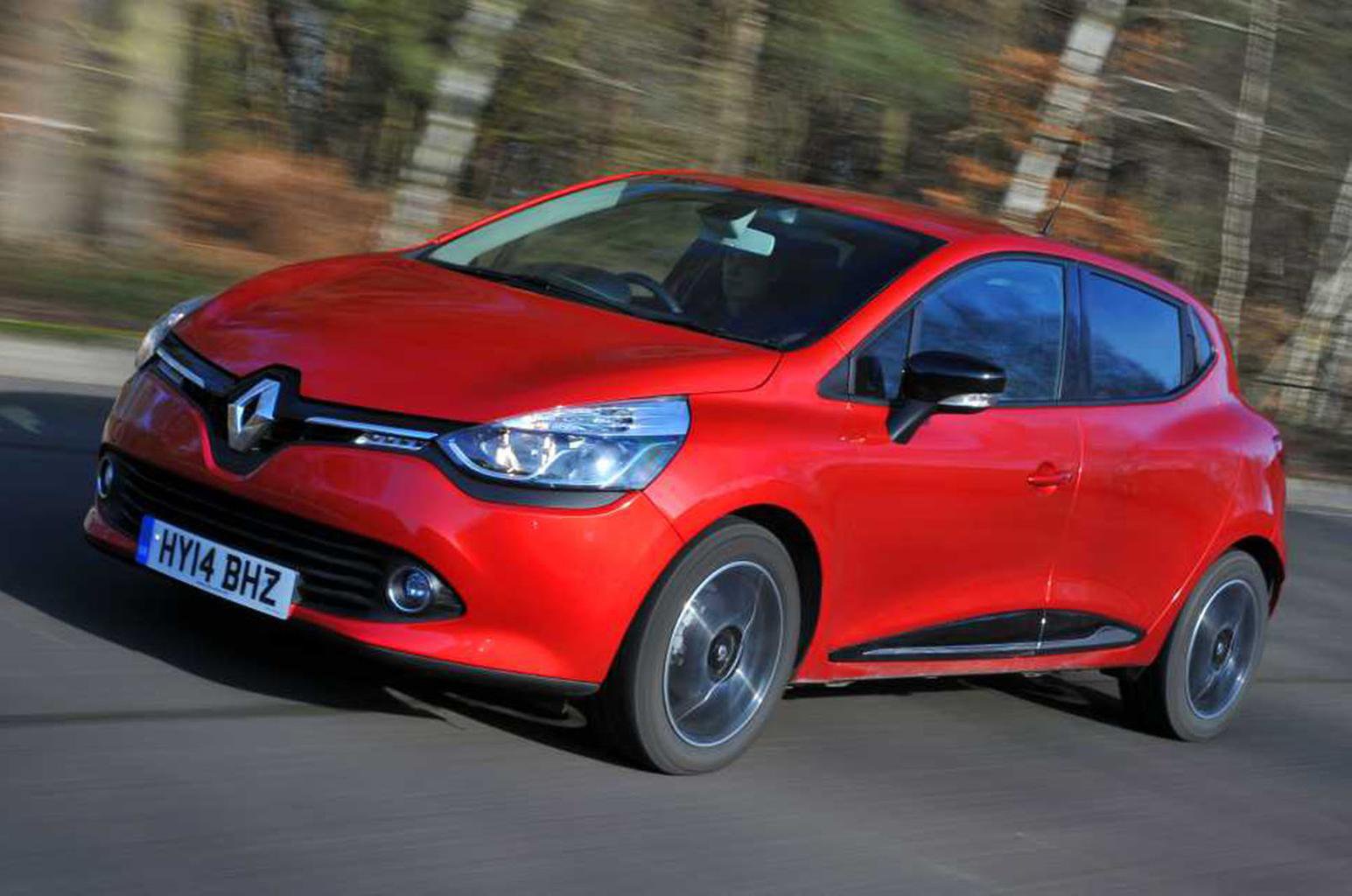