The Levorg’s 2.0-litre petrol engine makes 147bhp – not particularly powerful for a family estate car. The lack of a turbocharger exacerbates this shortage, because it means you need to rev the engine very hard if you want to overtake or dart into a traffic opening. Despite the traction of the Levorg’s four-wheel-drive system, the 0-62mph sprint takes about 9 seconds, which is nothing impressive.

Part of the problem is its CVT gearbox. As is often the case with a Continually Variable Transmission (these use a single gear that changes in ratio according to engine power output), it never responds crisply to demands for acceleration and feels quite lazy as a result. There’s a manual mode that creates “virtual“ gears, but even then the shifts are inconsistent in their speed and have a certain elasticity. Engine noise is also a big annoyance; plant your foot and the revs are sent soaring for an uncomfortably long time while the gearbox works out what to do.

Although the turbocharger was lost in translation, the UK and Japanese versions of the Levorg both share suspension components that are taken from the Subaru WRX STi performance car. This becomes clear when you drive down a bumpy road. The ride is firm and won’t suit those looking for comfort above all, but the Levorg feels stable and stays planted on the road in the same way that a well-sorted sports car would. Almost as if it was designed to have double the amount of power, ironically enough.

Another benefit of the STi genes is precise steering that, even on a narrow road, allows you to easily place the car. Finally, being a Subaru, the Levorg is more capable off-road than many other cars, only hampered by its limited ground clearance. Ultimately, though, its engine simply doesn’t have enough power or refinement to make it truly enjoyable. 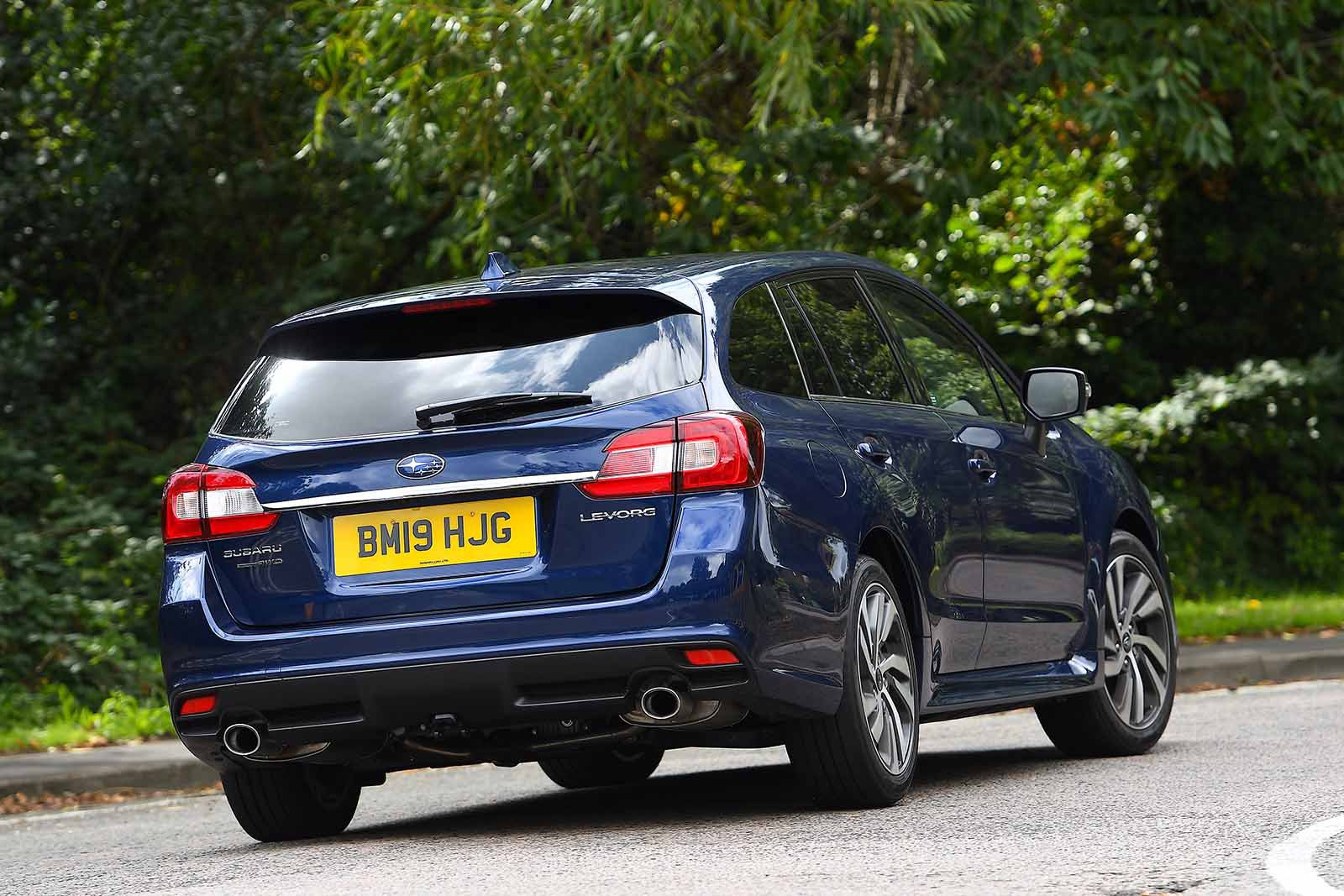