The tallest of adults will be happy with the head, leg and shoulder room in the front of a Toyota Mirai, even with the panoramic roof fitted to the Design Premium model.

A wide central armrest hides an equally broad cubby beneath, although it isn’t as deep as you’d think because one of the three hydrogen tanks is below it. You don’t get many drinks storage areas because there are no bottle holders in the front doors, just two cup holders in the centre console.

Storage isn’t very good because you don’t have any door pockets, and the only cupholders are two small ones that come out of the central armrest. There’s also a shallow cubby in the armrest and a map pocket on the back of each front seat.

Your front-seat passenger gets basic seat controls with no adjustable lumbar support or even head-rest height adjustment. The BMW 5 Series, in contrast, provides the same level of adjustment as the driver gets, so it’s a bit of a shame the Mirai doesn’t, especially considering the price.

You don’t get split-folding rear seats, and while it’s true that some of the Mirai’s rivals relegate that feature to the options list, not being able to increase its load carrying capacity is a real problem because the boot space is much less than it is in smaller family car. That's due to the third hydrogen tank and main 12v battery taking up valuable space below the floor and eliminating any extra storage below the carpet.

Our preferred plug-in hybrid version of the 5 Series loses space to its battery pack too, but it still has a greater load area to pack things into. The storage space in the Mirai tapers inwards due to its wheel-arch intrusions, and the boot opening is small (as it is on the Tesla Model 3), making it difficult to load taller items. It could be very awkward to get a set of golf clubs, for example, in the back. 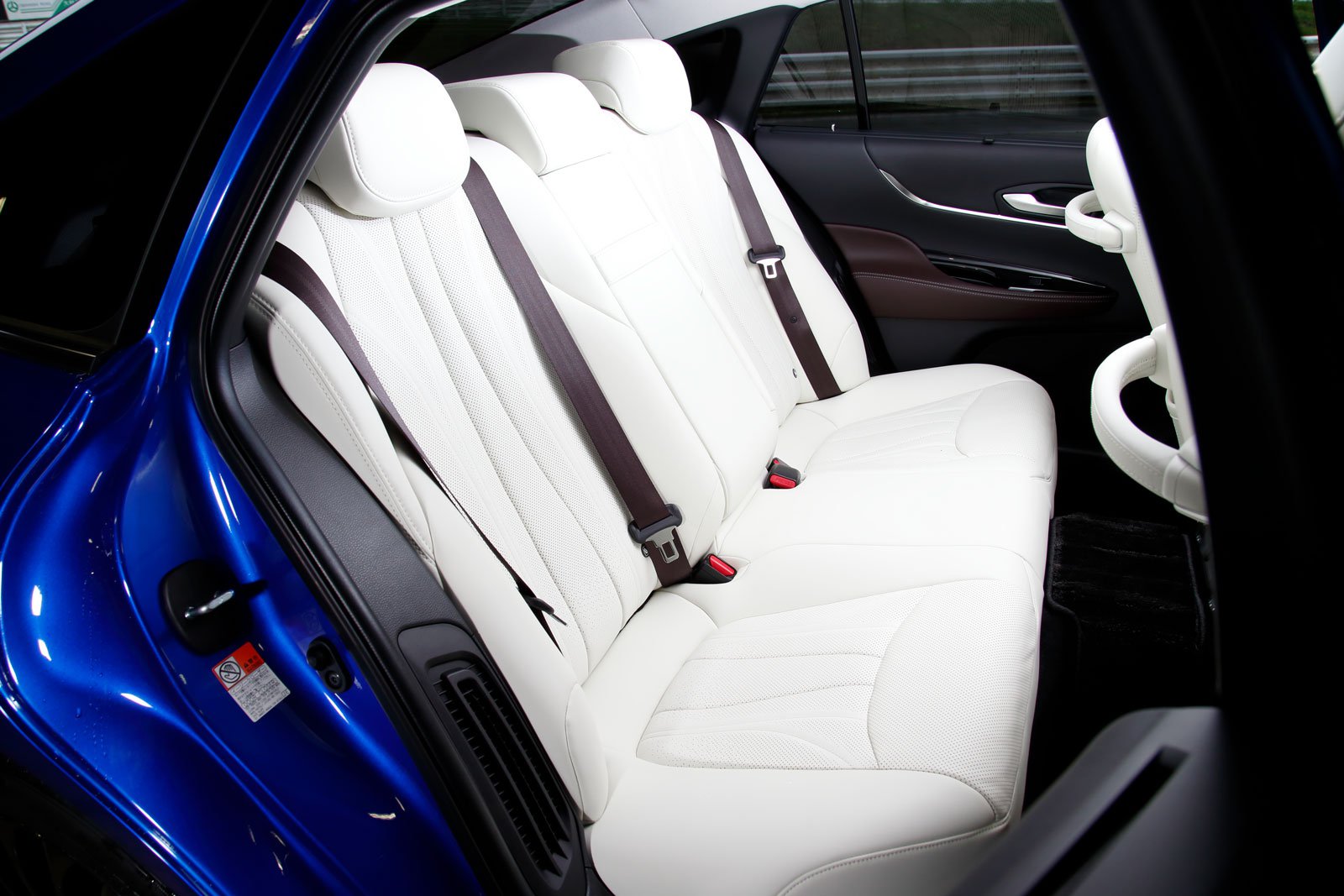