Up front, there are big door pockets with a built-in bottle holder, two gloveboxes, a couple of pop-out cupholders and a covered shelf that hides the USB port and 12V socket. Comfort dash equipped models gain additional storage below the gearlever. Meanwhile, the seats have handy drawers underneath for even more storage and rotate 180 degrees to face the rear bench.

Move rearwards and things are quite different depending on whether you’re in a Beach or an Ocean. The former comes as standard with only two rear seats that fold down into a two-person bed, a large storage tray beneath them, a fold out table and a storage box. The bench is mounted on rails so can be slid backwards and forwards, this also allows a third row to be added optionally. With just two rows in place, rear leg room is ridiculously generous.

Naturally, the roof can be raised - manually as standard, electrically as an option –  to reveal a second comfortable two-person bed that’s accessed via a hatch above the front seats. You use these as a step to clamber up there, but you still have to haul yourself up. If you’re very short or have limited mobility, you’ll want to stay on the ground floor.

Step up to Ocean and the electric roof is standard. This is operated by a control panel above the rear-view mirror that also operates the standard fridge and auxiliary heater and allows you to check on battery and water levels. It’s a little fiddly, but not too hard to fathom out. In the back, a two-person bench with storage is standard – there’s no three-person option – but you can add a single extra seat that sits behind the driver’s seat.

The most notable upgrade from Beach spec is the addition of a glass-topped kitchen unit down the passenger side of the van, and a wardrobe behind it. There is indeed a kitchen sink, along with a two-burner gas hob and a decent amount of storage. Given that the Ocean’s fridge is powered by a second battery and there’s an electric hook-up on both models, storing and cooking food for a weekend away won’t be too much of a chore.

If you decide to eat al fresco, the tailgate hides a couple of folding camping chairs while an extendable awning is optional. The boot has plenty of room, but it’s quite a tall, shallow area. It’s also worth pointing out that the lower bed stretches into the boot area when in use, limiting space significantly should you be storing stuff overnight. 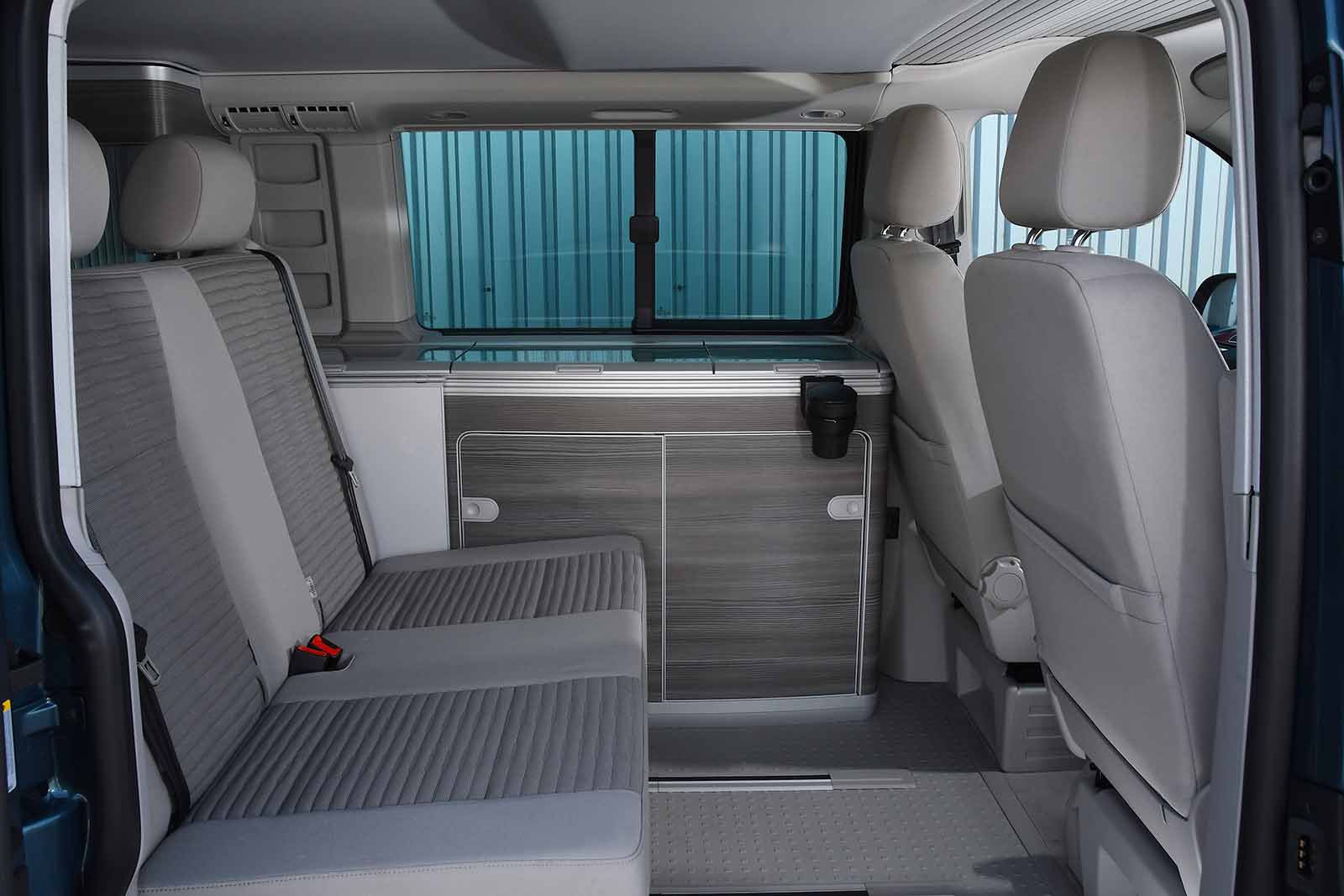 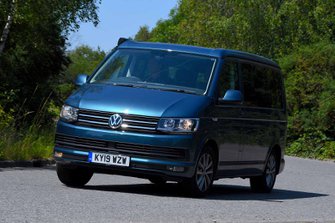 A competitively priced and practical MPV, but its best rivals...

The Grand C-Max has commendable ride and handling, but doesn’t...

The Ford C-Max is not the most practical, nor the best-value...

In the world of glamorous SUVs, the Ford Tourneo Courier does...