The first thing you’ll notice when you climb inside the Up GTI is its iconic tartan upholstery – another nod to that original Volkswagen Golf GTI. Those in the front get heated seats with manual adjustment and it’s easy to get comfortable, although the steering wheel only adjusts for height and not for reach, and can partially obscure the instrument dials if you don’t find the right angle. On the road, the seats could benefit from a bit more side support when cornering hard; those in the Suzuki Swift Sport are better in this regard. That said, the Up’s are wider and a bit more comfortable.

The front windscreen pillars can slightly obstruct your vision when negotiating a really tight and twisty road, but otherwise all-round visibility is as good as it gets in a modern car. The car’s boxy shape makes it a doddle to park, too, especially if you tick the box for the optional front and rear parking sensors that come in a pack with a rear-view camera.

The dashboard itself is simple and easy to get to grips with – there are few switches beyond those for the ventilation and radio, and all are easy to reach. It’s seriously let down by lacking a real infotainment system, though. Both the Swift Sport and the Abarth 595 come with a touchscreen infotainment system, with Apple CarPlay and Android Auto smartphone mirroring. In the absence of all this tech, the Up GTI instead gives you a smartphone dock on top of the dashboard, with USB, Bluetooth and AUX-in connectivity, together with a small 5.0in colour screen for menus such as radio stations or track listings, and, if so-equipped, to display the rear-view camera picture.

The idea is that Volkswagen’s selection of integrated apps effectively make your smartphone the hub of the car’s infotainment system, but we imagine most users will just use their phones’ native music and navigation apps rather than go through Volkswagen’s alternatives. 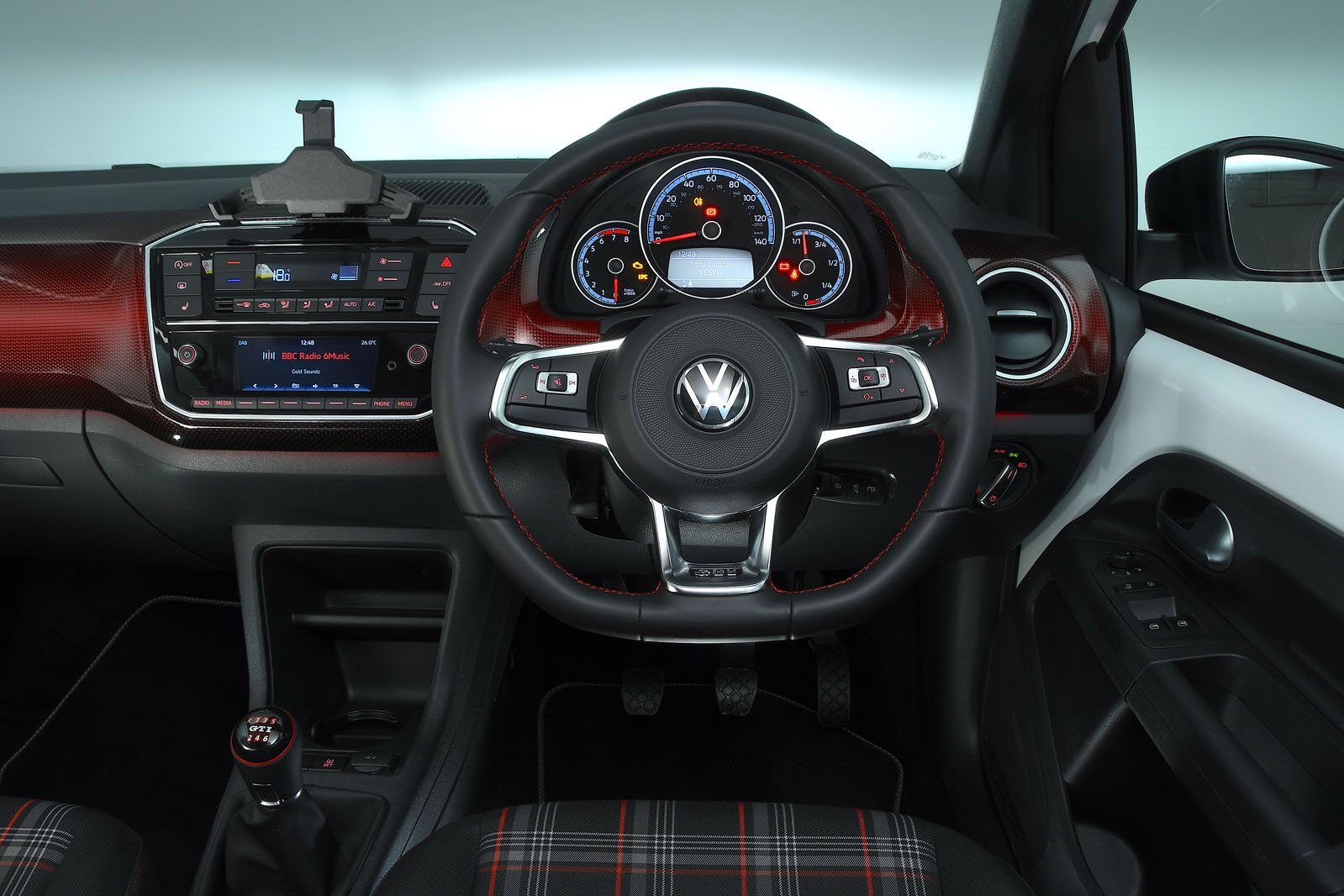