Let’s begin with the heart of the Up GTI: its 113bhp engine. When you consider that most three-cylinder turbo engines need to be worked like a washing machine on fast spin to get them going, this one’s a revelation. Okay, it's not as explosive as an Abarth 595, but it has an impressive amount of shove from low revs; so much so that you can pull away from a standstill in second gear if you’re feeling lazy, but there’s nothing lazy about the power delivery itself. The rev counter needle zips readily round to the redline; something that's made a real pleasure by the three-cylinder’s cheekily (albeit digitally enhanced) chirpy voice. On the move, the Up GTI will haul itself up a hill in third gear from a little over 1000rpm.

The standard six-speed manual gearbox’s well-spaced ratios play a part in the Up GTI’s verve, while its slick gearchange, positive clutch action and progressive brakes make it feel more refined than anything that’s based on a city car has the right to be. Wind and road noise aren’t overbearing at speed, either.

Now, the Volkswagen Up has always been a tidy-handling thing in regular form; with sports suspension that drops the ride height by 15mm, the GTI feels even more tenacious. It puts its power down with good effect, changes direction sweetly and hangs on gamely through bends like the jaws of a Jack Russell on its prey. When it comes to dynamics, the car wipes the floor with similar-sized rivals such as the 595 or the Swift Sport.

It’s not as comfortable as the regular Up, though; stiffer suspension and 17in wheels shave the edge off this version’s compliancy over bumps, particularly over scruffy town roads, while speed bumps cause it to buck and bob slightly. Mind you, it is no boneshaker and is more composed than the near-punishing setup of the Abarth.

If you’re still hoping for some of that Mk1 Volkswagen Golf GTI’s spirit, the Up GTI lacks the last layer of polish to be considered an equal to its illustrious forebear. Sure, its steering possesses good gearing and weight, but little in the way of feel, while its chassis doesn’t have the composure or balance to be considered among the true greats. However, for a car costing less than half as much as a Honda Civic Type R, that’s absolutely no disgrace, and, by dint of its small proportions and vivacious character, the Up GTI is still good fun to drive. 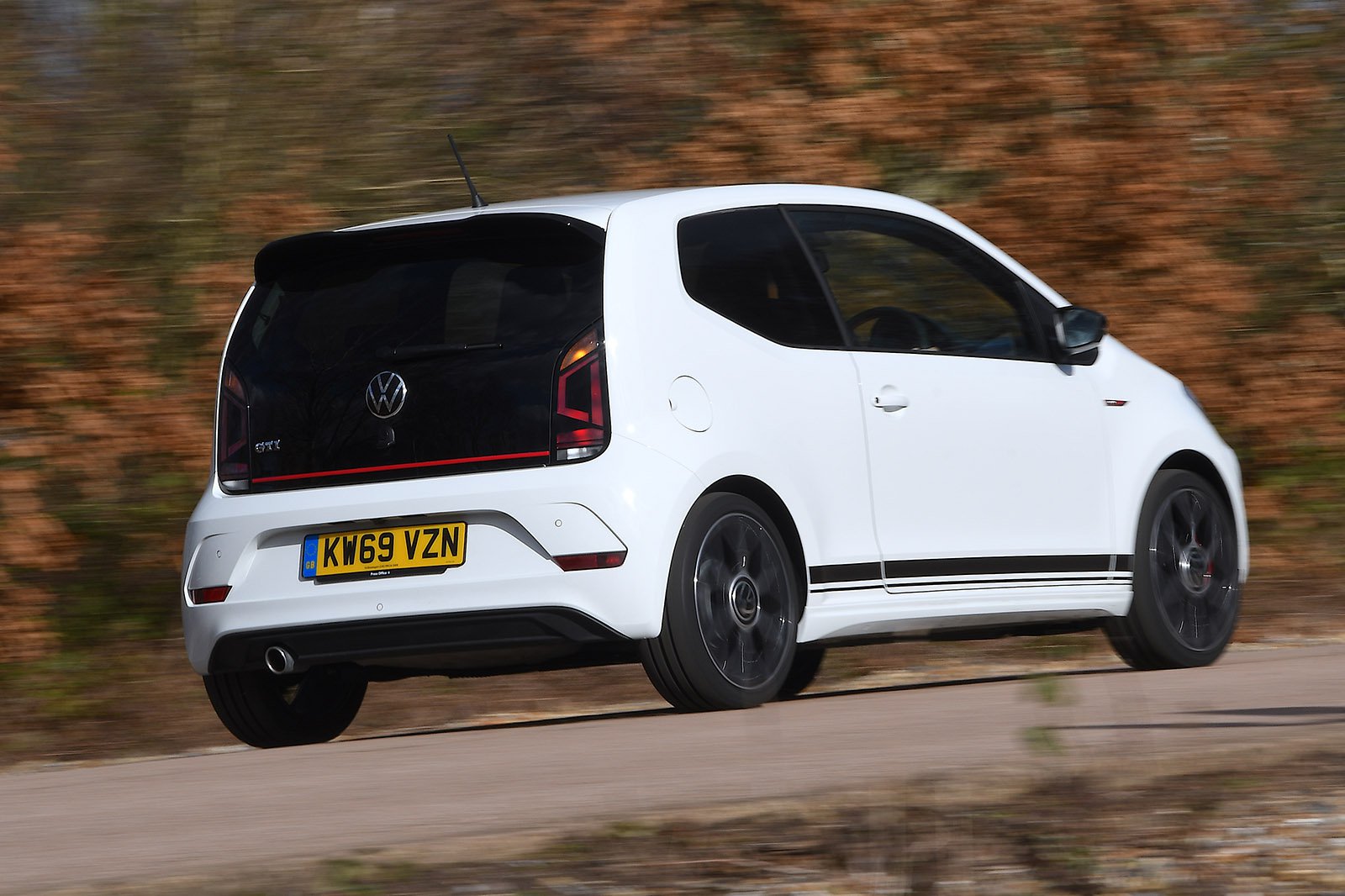 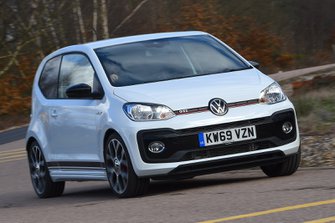