In the context of larger hot hatches such as the Honda Civic Type R, of course the Up GTI has less space overall, but compared with the tiny Abarth 595, it’s more than roomy enough for everyday driving, and the five-door model offers easy access to the front and rear seats.

In the front, there’s plenty of head room for tall adults and leg room is still equally generous., and, thanks to the boxy exterior shape, space isn’t too shabby in the rear, either; there's nearly as much room as there is in a Suzuki Swift Sport and much more than an Abarth 595 can offer. That means two six-footers can just about get comfortable behind a couple of beefy occupants sitting in the front. Storage space is also generous, with wide, deep door pockets and a single cupholder located centrally at the bottom of the dashboard. The glovebox itself isn’t much cop, though.

Where the Up GTI really scores over the 595 is its boot. With the rear seats in place, it has less space than the Swift Sport – the Up can hold three carry-on sized suitcases while the Swift will take four – but fold the seats down and there’s a huge 951 litres of space. That’s not far off the space offered by the Volkswagen Polo. With the seat folded, there’s a sizeable step in the extended boot floor, but simply lifting the standard dual-height boot floor to its higher setting helps to level this out. 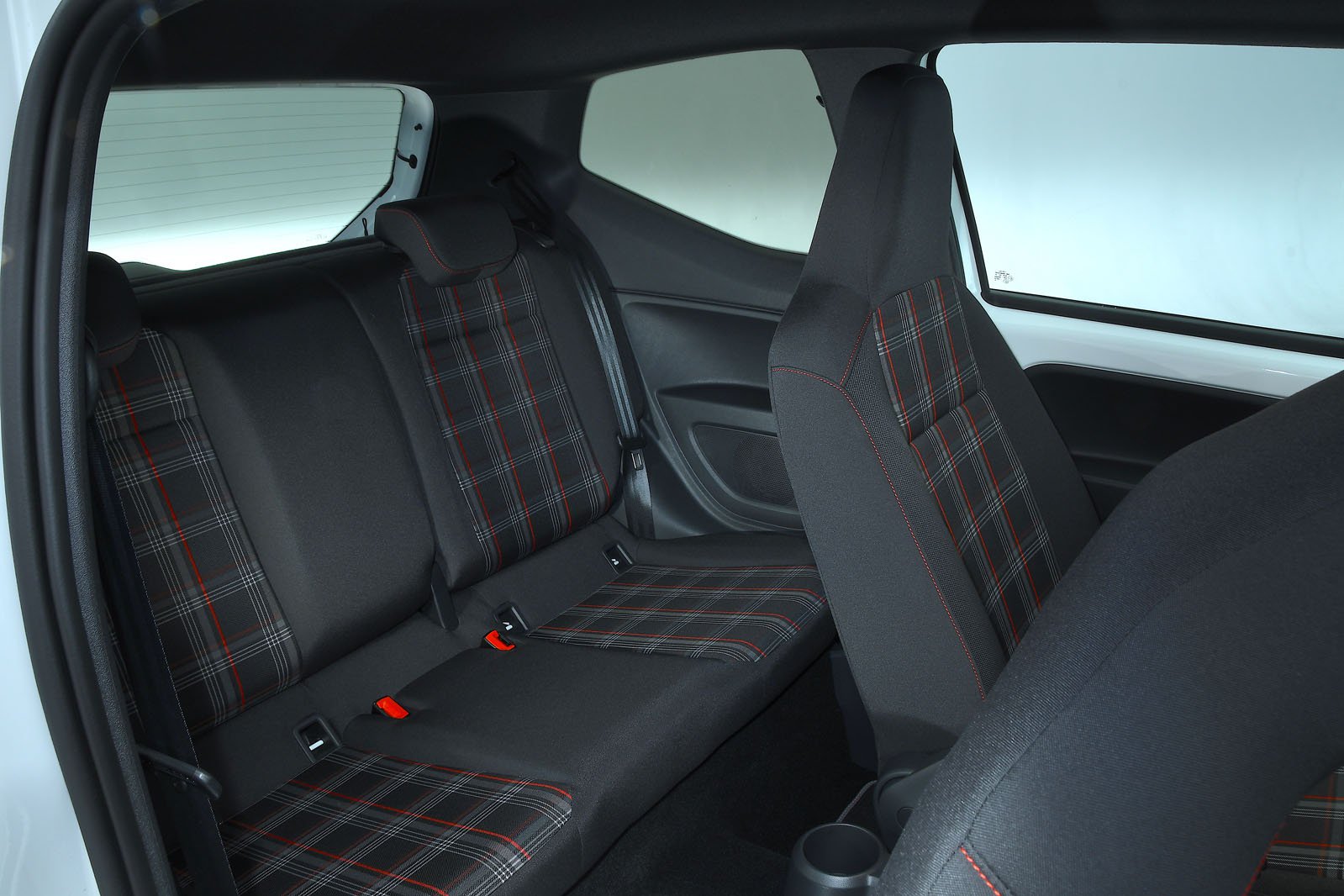