The Volvo V60 has a superb driving position that betters the one in the Audi A4 Avant and Mercedes C-Class Estate because those two rivals have offset pedals and a bulge in the footwell. You sit perfectly in line with the steering wheel and pedals in the V60, with a comfortable armrest on the door and another between the front seats.

All versions come with a great range of steering wheel height and reach adjustment and the supportive driver's seat has lumbar adjustment. If you step up to mid-spec R-Design trim then you get an even better sports seat with an extendable seat base for better thigh support.

Every V60 has a 12.3in screen that replaces traditional analogue dials with digital instruments. Volvo's digital instruments are not quite as configurable as Audi’s Virtual Cockpit, but they still deliver plenty of useful information – including media, telephone and navigation data – right in front of the driver. A head-up display is optional.

Next to the digital instruments, in the centre of the dashboard, sits the 9.0in, portrait-style infotainment screen. It carries most of the car’s features, including the climate controls, which makes life a bit more of a faff because physical controls (as you get in the A4 Avant, BMW 3 Series Touring and C-Class Estate) are easier to use while you're driving.

The same is true when operating the infotainment features because BMW's physical iDrive rotary controller makes life a lot easier than using the V60's touchscreen. The BMW software is also more responsive and better laid out than Volvo's but it's not all bad. You get used to the V60's menus and the screen is very clear.

As standard, you get sat-nav, a DAB radio, Bluetooth and a 10-speaker stereo. You have to add Apple CarPlay/Android Auto, though, which is standard in its key rivals, and wireless phone charging is another extra. There's also a relatively affordable Harman Kardon 13-speaker/ 600-watt stereo upgrade, but if you're a hi-fi buff and prepared to spend even more on the Bowers and Wilkins 1100-watt system, you'll find the sound quality is one of the best available in any car.

It's an easy car to see out of. The V60's windscreen pillars aren't too thick and there are no substantial blind spots. The rear windows provide better vision than the Audi A4 Avant's more sculpted rear end does and, if you add the optional Seat Pack, you get power-folding rear headrests. That might sound pointless but dropping the rear headrests at the touch of a button enables you to see even more when reversing.

Front and rear parking sensors and a rear-view camera are standard on all models (a 360-degree camera system is optional). It’s easy to see at night, too, because high-intensity LED headlights are also fitted to every version, with adaptive LED headlights available.

Volvo is making quite a name for itself when it comes to great interiors and the V60 is no exception. The materials and build quality are very near to the benchmark A4’s and better than the C-Class’s. As you climb up the trim ladder you get softer nappa leathers and oak inlays that really lift the ambience. 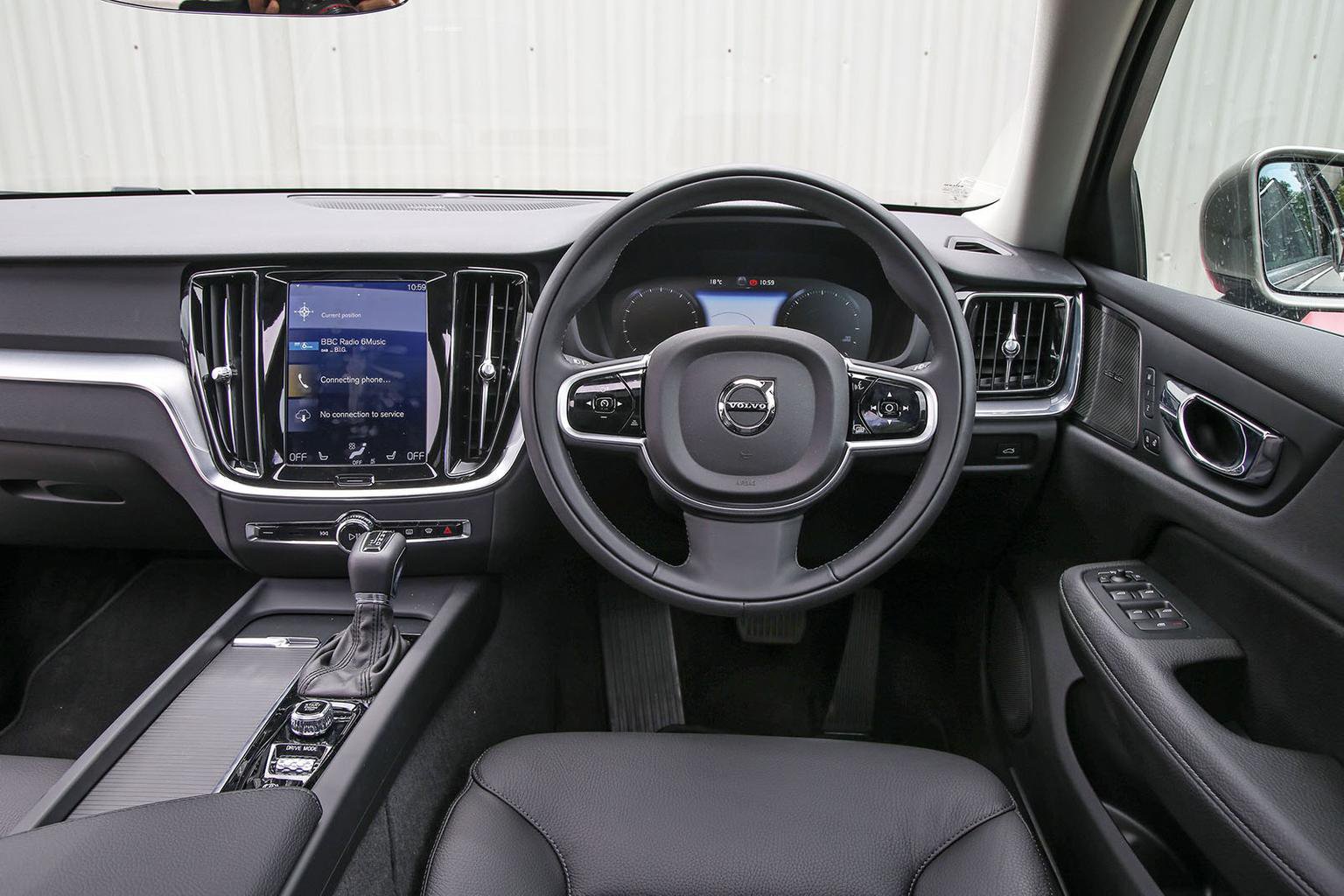