If you want a petrol engine in the Volvo V60 Cross Country, it’s called the B5 (P). It has a healthy 247bhp that can whisk you up to 62mph from rest in 6.9sec. You need to rev it hard to get the best out of it, but it does have enough welly at the bottom of its rev range to pull a fully-loaded car easily. That said, if you want something even gutsier – perhaps to tow a caravan – then choose the diesel.

That’s because the 194bhp B4 (D) has more torque, which is the twisting force (or muscle) you need to pull heavy loads. As a result, it can tow up to 2000kg, which is 200kg more than the B5 (P). It’s not as quick flat-out, with 0-62mph taking 8.2sec, but because of the engine’s low and mid-range flexibility, it never feels slow. The equivalent Audi A4 Allroad 40 TDI is quicker, though, and there’s a second, more powerful, diesel available with the Allroad, called the 50 TDI.

Unfortunately, the V60 Cross Country has an Achilles' heel: its eight-speed automatic gearbox. It tends to dither when you ask for a burst of acceleration. This is something you have to factor into your driving technique if you don’t want to get caught out when pulling out of junctions or going for a quick overtake.

When it comes to hushed engines, especially a diesel, nothing gets close to matching the Audi A4's for quietness. The V60 Cross Country’s two engines aren’t exactly rough or noisy, though, and they have mild hybrid assistance that makes the stop/start system kick in and out unobtrusively.

Regular versions of the V60 ride pretty well, and the Cross Country’s softer springs and 60mm-raised ride height make it slightly cushier over potholes and calmer at speed. It’s certainly less jarring than M Sport versions of the 3 Series Touring, but – at the risk of sounding like a broken record – not as adept at gliding as the A4 Allroad.

In corners, that raised ride height makes the V60 Cross Country lean more than the regular V60, especially its sportier R-Design trim, but, like the A4, the V60 was never what we’d call a ‘driver’s car’ to begin with. Therefore it doesn’t feel like you’re missing much by buying the Cross Country, which steers accurately and never feels anything less than sure-footed and easy to drive. It’s just not as rewarding to push down country lanes as the 3 Series Touring.

Of course, the 3 Series hasn’t got the ground clearance of the V60 Cross Country, so it won’t travel as far from the black top. The Cross Country is good for mild mud-plugging, but it can’t compete with something like the Land Rover Discovery Sport or even the Subaru Outback and Forester if you intend to venture far into the hinterland. 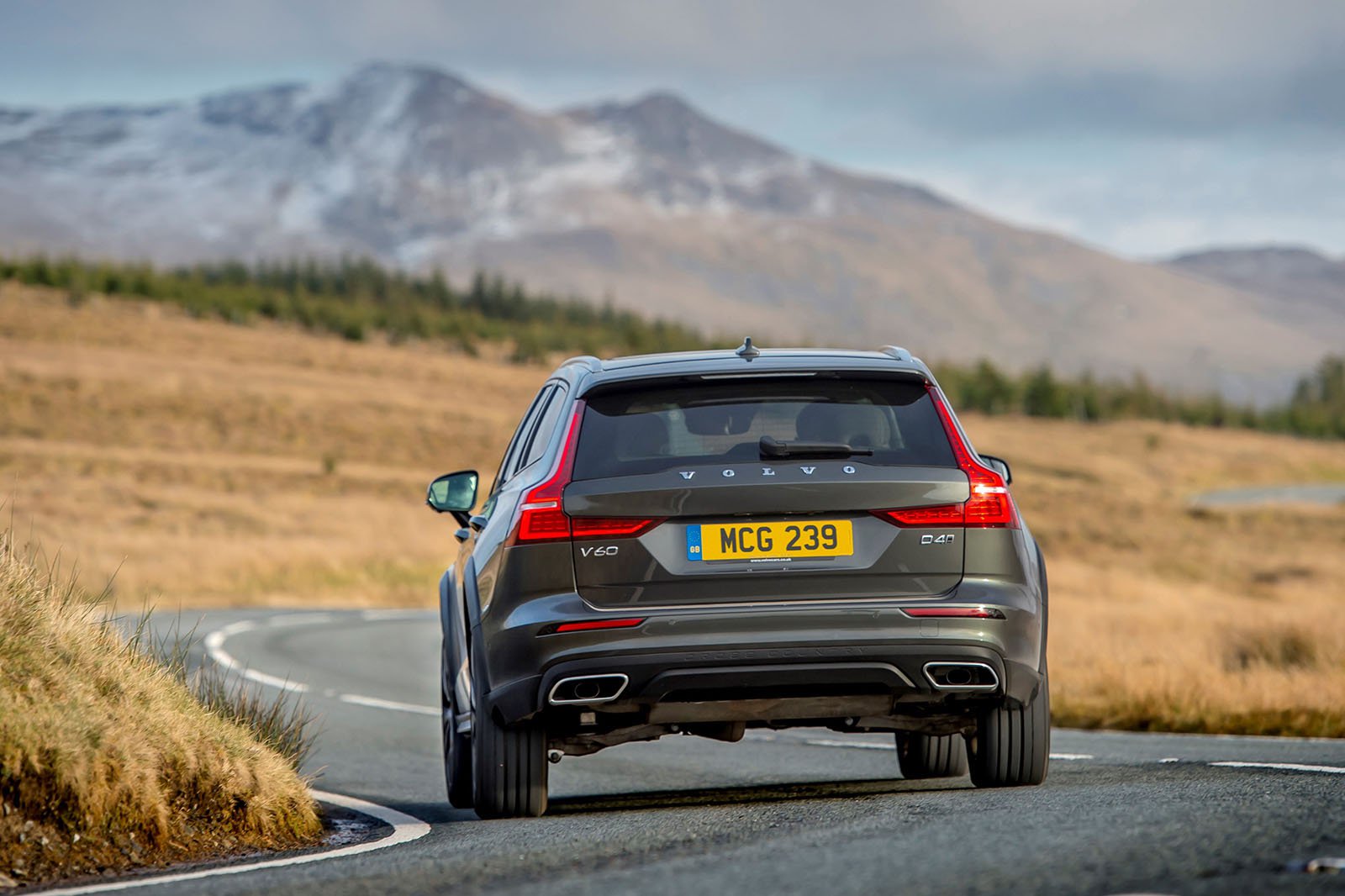