With a few minor exceptions, the Audi S8 is just like any other A8 inside. That means the interior is immaculately finished, with luxurious materials, including lashings of soft leather, and a standard of assembly that trumps even the Mercedes-Benz S63 AMG. True, the A8’s interior looks a little conservative compared with the S63’s and Porsche Panamera’s, but that’s a matter of personal preference.

The driving position is excellent, with a huge range of adjustment for the supportive, 22-way electrically operated seat. Four-way powered adjustable lumbar support is standard, and even the steering wheel moves in and out, and up and down, electrically.

And despite having so many gadgets on board, the S8 is relatively easy to interact with. The 12.3in digital instrument display behind the steering wheel forms Audi’s Virtual Cockpit system, which conveys a lot of information with admirable clarity. The same is true of the standard head-up display, which projects selected information onto the windscreen so it's even closer to your line of sight.

Meanwhile, the dashboard itself features two high-definition touchscreens – a 10.1in top screen and 8.6in one below – which dominate the dashboard. These are easy enough to use when you're parked up but can be a little distracting when you're on the move; imagine trying to operate an iPad while driving and you'll get the idea. Both the S63 AMG and BMW 750i have infotainment systems that are less distracting, the latter being especially easy to use on the move.

Mind you, the S8’s graphics are sharp, the system responds quickly to presses and you even get haptic feedback from the screen so you know that your prod has been registered. You also get plenty of gadgets, including wireless phone charging and Apple CarPlay/Android Auto smartphone mirroring. 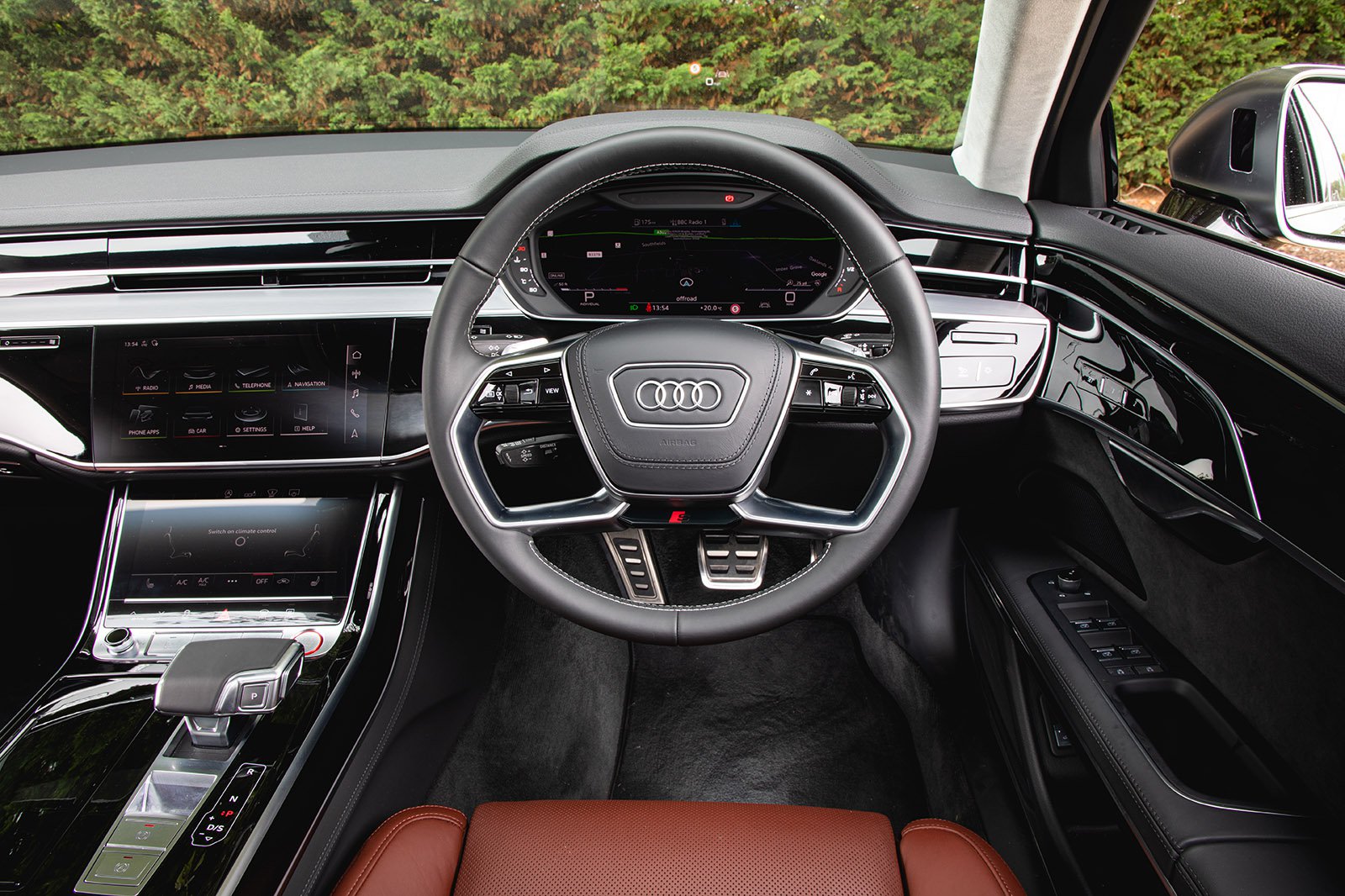