Despite being aimed at buyers who want to drive rather than be driven, the S8 is still, in essence, a very fast A8 – a luxury saloon often spotted outside celebrity events and luxury locations, with a suited driver doing the crossword inside.

So, if you’re expecting the sort of lively handling you get from some smaller performance saloons, including the BMW M5 and Mercedes-Benz E63 AMG, then you’ll be mildly disappointed. After all, as we’ve already mentioned, this is a very big, very heavy car.

That said, the S8 can carry a surprising amount of speed through corners thanks to its monstrous grip, and it feels more alert than you might expect in tight twists and turns, thanks in part to it having four-wheel steering as standard; the rear wheels steer in the opposite direction to the front ones at low speeds to help the S8 change direction.

Granted, there is a fair amount of body lean, even with the clever suspension switched to its stiffest Dynamic setting, but not enough to prevent you covering ground at a seriously rapid rate. Likewise, the steering isn’t the sharpest or most feelsome, especially compared with the best performance saloons, but you always feel confident that the S8 will behave in a surefooted manner.

And what about that eye-popping acceleration? Well, the truth is that, while the S8 is savagely fast, you’re so well isolated from the outside world that the experience is somewhat muted. Sure, you’ll feel your neck muscles tense as you try to stop your head flying backwards when full throttle is engaged, but there’s only a muted woffle from the 563bhp V8 engine to tickle your ears, rather than the sort of almighty roar you’d get in a Mercedes-Benz S63 AMG. And thanks to its four-wheel drive system, the S8 transfers its power to the road in a remarkably fuss-free manner – even when the road is wet.

There’s also very little tyre or wind noise at motorway cruising speeds; by any standard, this is a stress-free long distance cruiser. That’s helped enormously by the S8’s wonderfully comfortable ride in all situations. The car can actually read the road ahead to prime the suspension for upcoming obstacles, and this helps the S8 deal with speed bumps particularly well. Lumps and bumps are soaked up smoothly at faster speeds, too – even if you go for the Vorsprung version with its standard 21in alloy wheels. 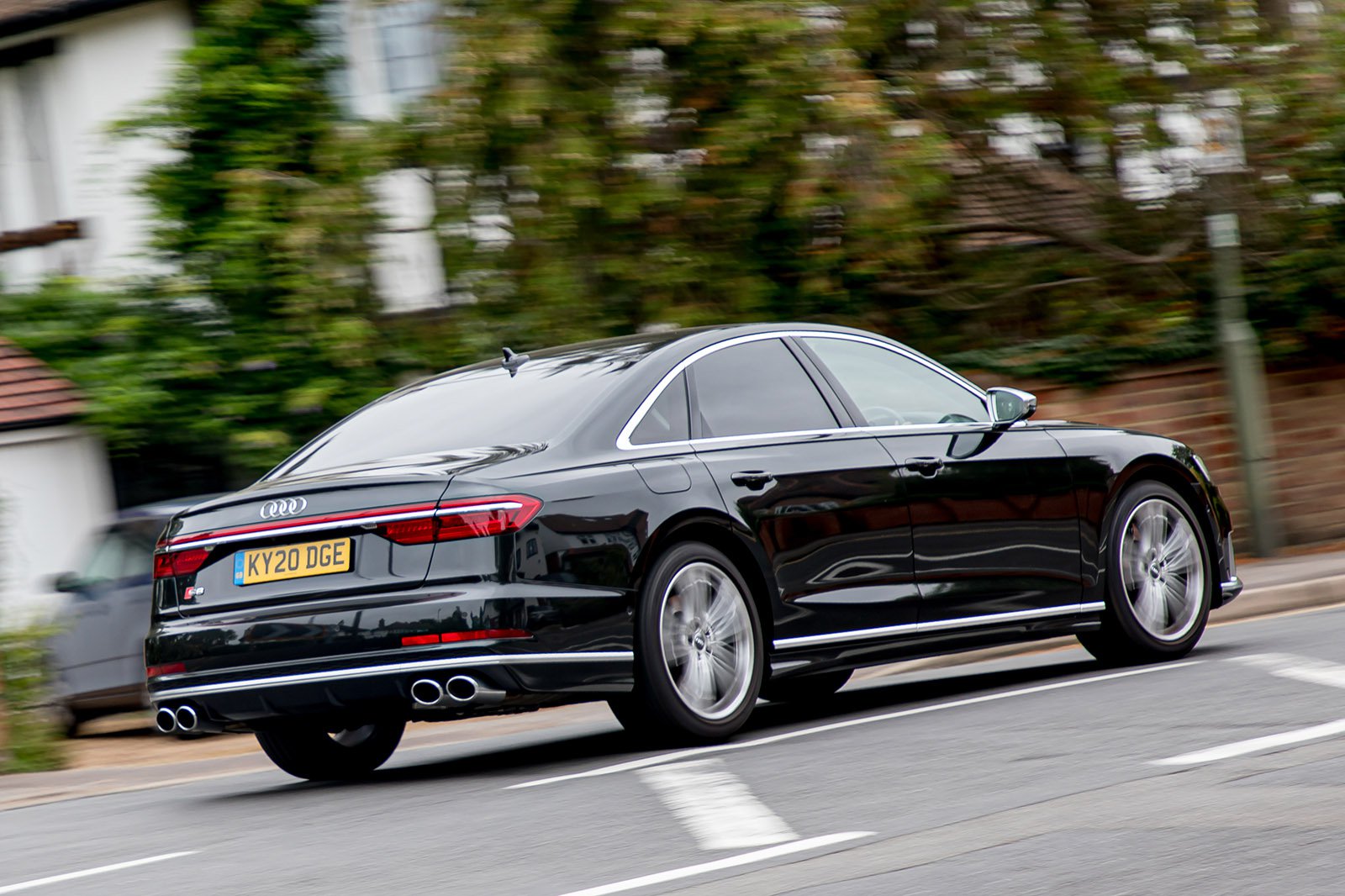