There’s plenty of space up front in the Q3 Sportback. There’s generous headroom and the seats slide back far enough that even those with particularly long legs can get comfortable. The interior is also wide enough that you won’t be rubbing shoulders with your front passengers, but it’s worth noting that the armrest is a tad narrow, so there might be some elbow bashing.

In the rear, a nifty feature that the Q3 Sportback provides as standard (and the BMW X2 and Range Rover Evoque miss out on), is reclining rear seats that allow passengers to kick back and relax. Unfortunately, the effect of that sloping roofline is that anybody approaching six feet tall will find their head brushing the roof lining – and that’s without the optional panoramic sunroof fitted. There is a good amount of rear legroom, but the Range Rover Evoque is still a better bet if you’re regularly carrying adults in the back.

Those reclining seats also slide, so you can prioritise rear legroom or extra boot space. Again, the Sportback’s shapely rear end curves come at a cost; the boot won’t accommodate as much luggage that of a regular Q3, or an Evoque for that matter. It is bigger than the BMW X2’s boot, though, and should still manage a large buggy with ease. The seat backs are split into 40/20/40 sections, too, and fold down to create a relatively large, flat load area. 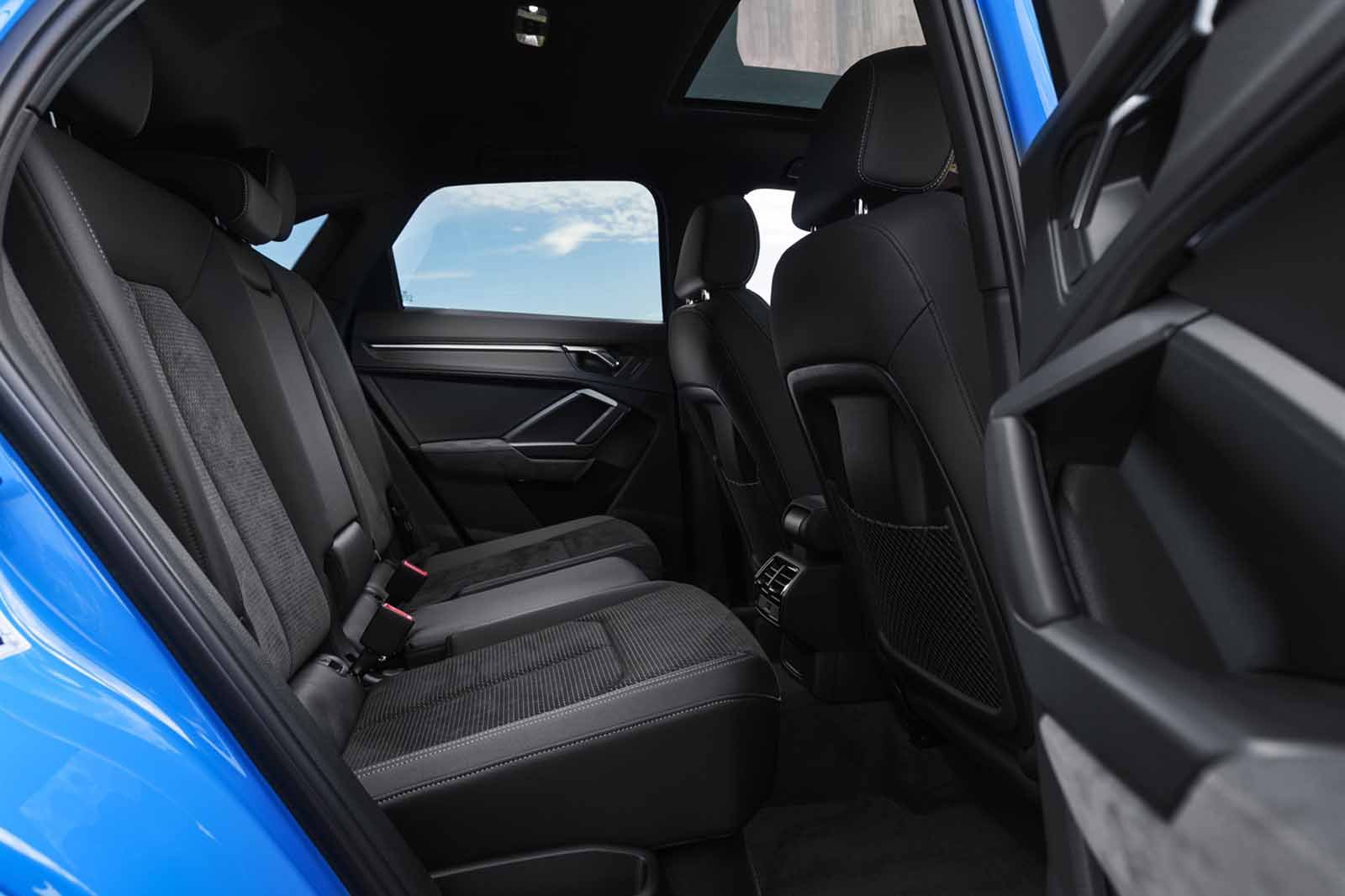