Sometimes, a glamorous interior, heaps of clever gadgetry or space for the full Von Trapp family isn't your main priority. Sometimes, you just want your executive coupé to go fast. Really fast. Cue the Audi RS5 Coupé and the Audi RS5 Sportback – both adorned by the brand's 'racing sport' lettering and transforming your common or garden Audi A5 into a 444bhp sprinter.

Yes, there’s already the S5 Coupé, but for some it might be a little too subtle… or slow. But like the S5, the RS5 has a turbocharged V6 up front powering all four wheels through an eight-speed automatic gearbox. However, the RS5’s motor gets an extra turbocharger and is more highly strung, allowing it to outgun the S5’s 3.0-litres despite being a smaller 2.9-litre unit.

Externally, you can tell an RS5 by its more aggressive bumpers, wider wheel arches to hide fatter wheels and twin oval exhaust pipes. It certainly looks similarly aggressive to equally rapid rivals such as the BMW M4 and Mercedes-AMG C63.

Keep reading on to find out how it handles, how fast it is, what it’s like inside and how fast it really is.

And, if you’ve decided to shun the measly A5 or S5 models, head to our New Car Buying pages to save thousands on the purchase price of your new RS5. 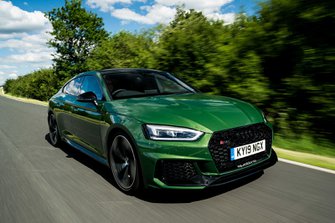 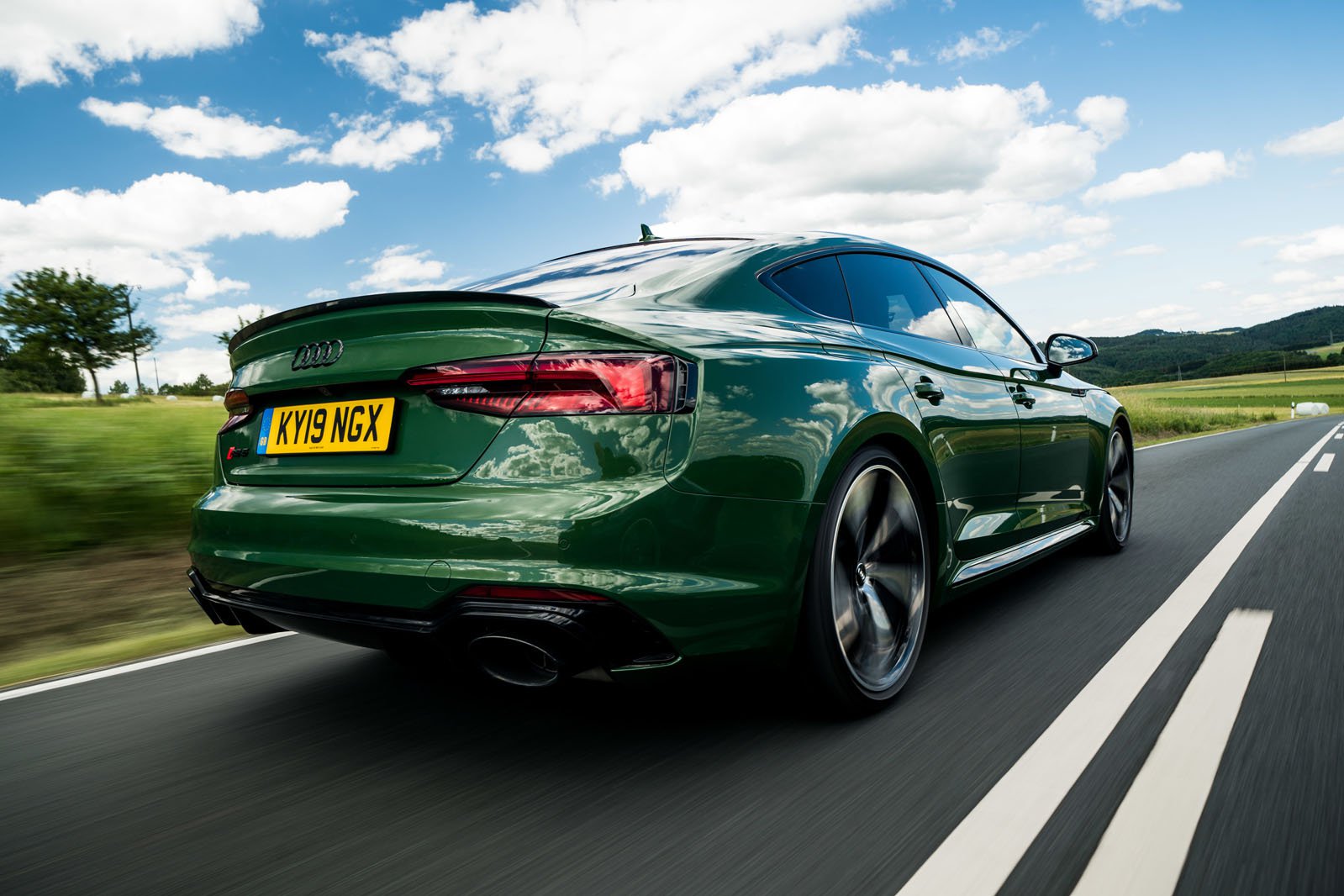