Clearly, you won’t be considering a coupé if space is your number one priority, but the  three-door RS5 isn’t as impractical as you might imagine. A pair of six-footers will squeeze in the back easily enough, although they’ll have to slouch to keep their heads from brushing against the rooflining.

The four-door Sportback saloon is obviously a better choice if you’re looking for space, and its rear seats offer plenty of knee room even behind taller drivers. Head room is also generous, even around the panoramic roof.

Officially, there’s more boot space in the Coupé than in the 4 Series and C-Class Coupé and, while the differences are small, the A5’s load bay is certainly usefully squarer than those of its key rivals’. The Sportback loses out on a few litres of space compared with the C63 Saloon and Giulia Quadrifoglio, though. Rear seats that split 40/20/40 are standard in both models, and when folded down, they leave only a gentle slope in the floor of the extended load bay. There is a considerable load lip at the boot entrance, though, which will make it a little harder to lift heavy items out of the boot. 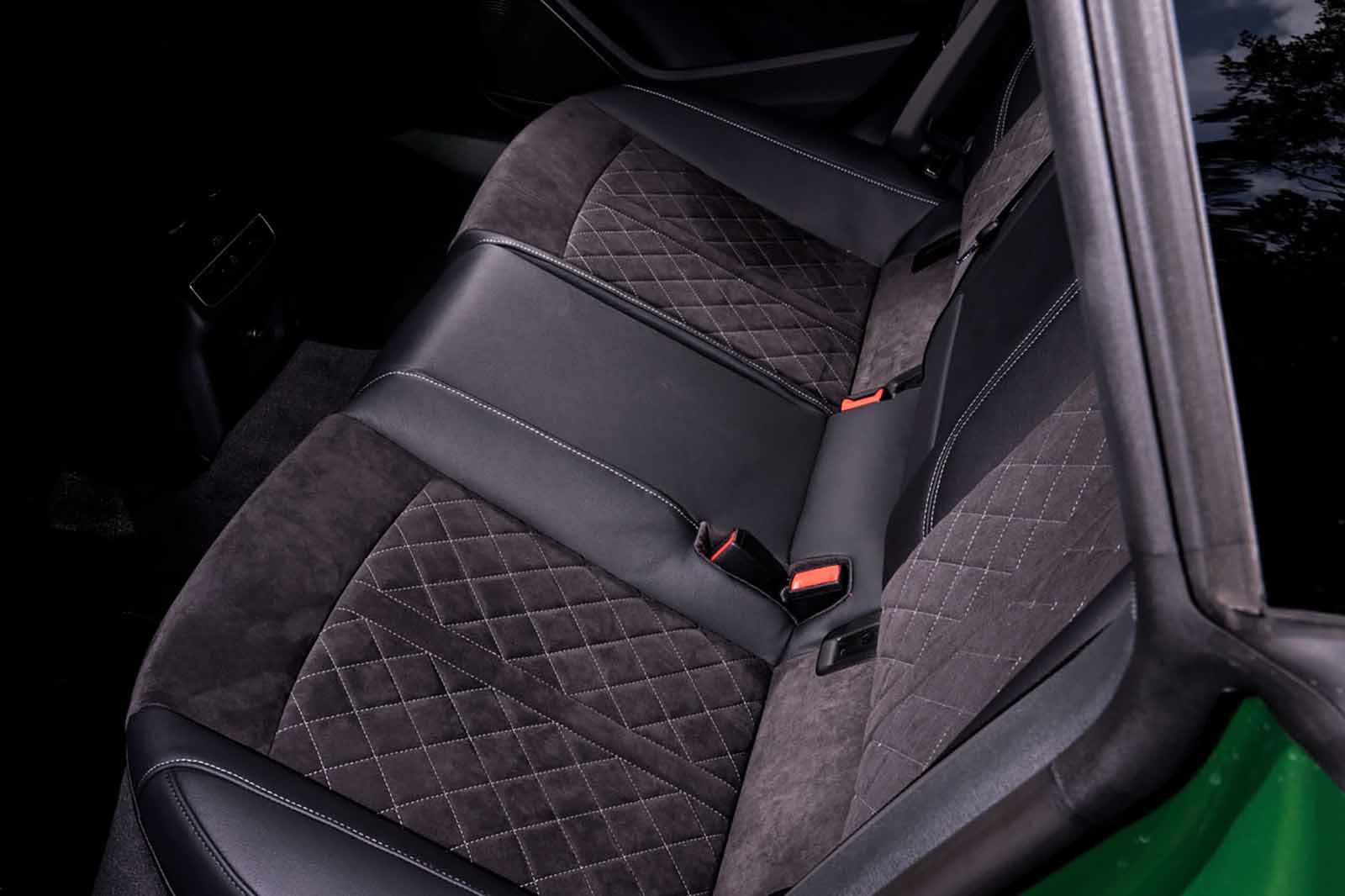