The petrol engine line-up opens with the xDrive40i, which we have yet to sample in the X6, but proved impressive in the closely-related BMW X5. We have, though, tried the range-topping twin-turbocharged V8 M50i. This petrol engine delivers effortless pace, thrusting the X6 from 0-62mph in just 4.3sec. That kind of acceleration is simply staggering for such a big SUV.

The six-cylinder 3.0-litre diesel engine of the xDrive30d is our pick of the range, though. It’s beautifully smooth, provides tonnes of punch low down in the rev range and is noticeably more responsive than the equivalent Audi Q8 50 TDI. It’s so good in fact, that we don’t think you need to step up to the more expensive xDrive40d – despite having an extra 54bhp the 40d doesn’t feel significantly quicker.

Both the 30d and 40d have surprisingly appealing, throaty sounding engine notes by diesel standards. Those who dislike the noise, though, will be dismayed that it never really fades away, even at a cruise. What’s more, when you select Sport mode, artificial engine notes are played through the car’s speakers to deepen the soundtrack. By contrast, the petrol-engined M50i’s backing track is perfectly judged. It’s blissfully smooth and subdued when you’re simply pottering along, yet delightfully rorty when you decide to press on a bit.

No matter which engine you choose, the X6’s eight-speed automatic gearbox pounds through the gears rapidly when you’re accelerating to motorway speeds, but there’s a tiny bit of lag to its response at slower speeds, which can make it a little jumpy when pulling forward in slow-moving traffic, for example. It’s a significantly better gearbox than the hesitant, jerky equivalent in the Audi Q8, though.

Let off the leash, the X6 is certainly one of the more entertaining cars in this class to drive. There may not be a great deal of feedback through its chunky steering wheel, but the meaty feel of its steering still inspires confidence. Body control is impressively tight, too, so threading it through a series of sweeping bends is genuinely enjoyable. It can’t beat the truly physics-defying agility of the Porsche Cayenne Coupé, but the X6 is a close match for the nimble Audi Q8 and is certainly better than the Range Rover Velar, which feels sloppy by comparison.

Air suspension comes as standard, but the smallest wheels available on M Sport models are 21in (we’ve yet to try a Sport model on 19s) and, whatever driving mode you select, there's a firm edge to its low-speed ride. That said, it’s never uncomfortable; sharp-edged potholes and expansion joints send more jolts through the interior than you experience in an X5, but the suspension never thumps or crashes over imperfections. It’s a similar deal with the stiffer adaptive M suspension that’s standard on the M50i – it might be a little firm around town, but once you’re up to speed the car starts to flow with the road.

Our only real complaint is that there is a bit of intrusive suspension noise when you pass over battered bitumen, while road roar from the tyres grows more noticeable at high speeds. Overall, the Audi Q8 is generally better insulated from wind and road noise. 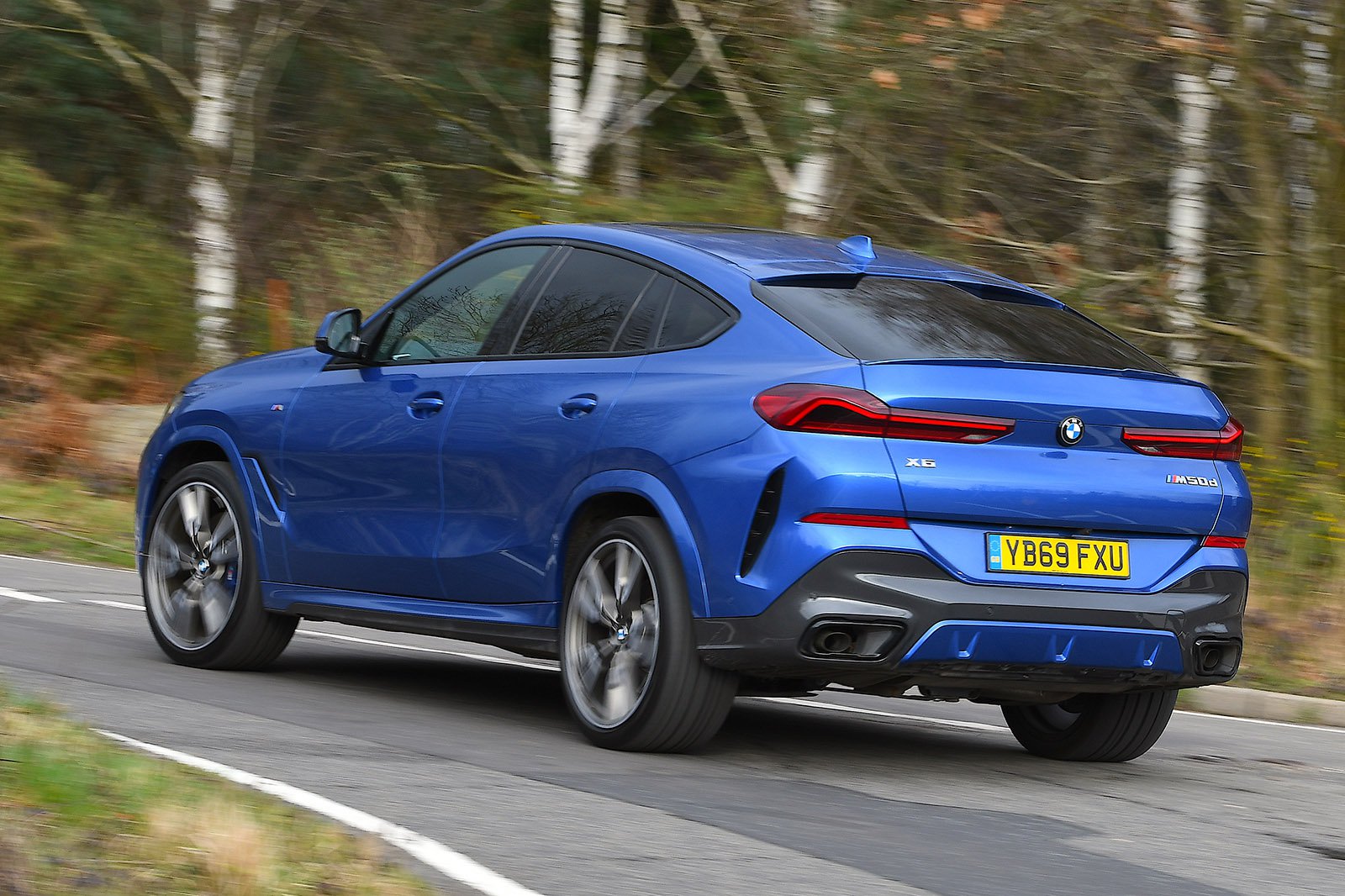 Temptingly priced for a coupé SUV, while comfort and refinemen...

Well-equipped and has a tempting plug-in version, yet the Merc...