Every rational assessment of the Citroën Ami has to be balanced by its price and intended use – which is a reasonable way of saying that any ‘traditional’ car driver will find that the experience behind the wheel is, in many ways, massively compromised.

For starters, the 8bhp on offer from the Ami’s electric motor is significantly less than you get with rivals including the electric Fiat 500 and the Volkswagen e-Up (94bhp and 81bhp respectively). Despite that, the Ami’s relatively low weight and the instant availability of the power means you can zip out of junctions and through slow town traffic with the same ease as in either of those more powerful rivals.

While official ranges need to be taken with a pinch of salt, those wanting to travel further afield will want to consider slightly larger rivals, such as the Fiat 500 (115 miles), Skoda Citigo e iV (170 miles) or e-Up (161 miles).

Much like in the Ami’s closest rival, the tiny Renault Twizy, the ride is inevitably quite firm, but not awful if you remember to avoid big potholes and pimples. It’s certainly not as comfortable as its traditional road-car rivals but for short intervals zipping around town, it’s totally fine.

The steering is direct enough to make the Ami alert, and darting in and out of traffic is no problem. Sharp manoeuvres are a breeze too, with the tiny 7.2m turning circle making light work of even the tightest situations. Its length (or lack of it) opens up the possibility of parking front or rear in to kerbs. We took a learner driver out in the Ami, and they found its simplicity beguiling.

Naturally, the electric motor means you set off in near silence, but you’ll quickly find that there’s significant road noise while you’re on the move (both from the tyres and the comments of other road users). 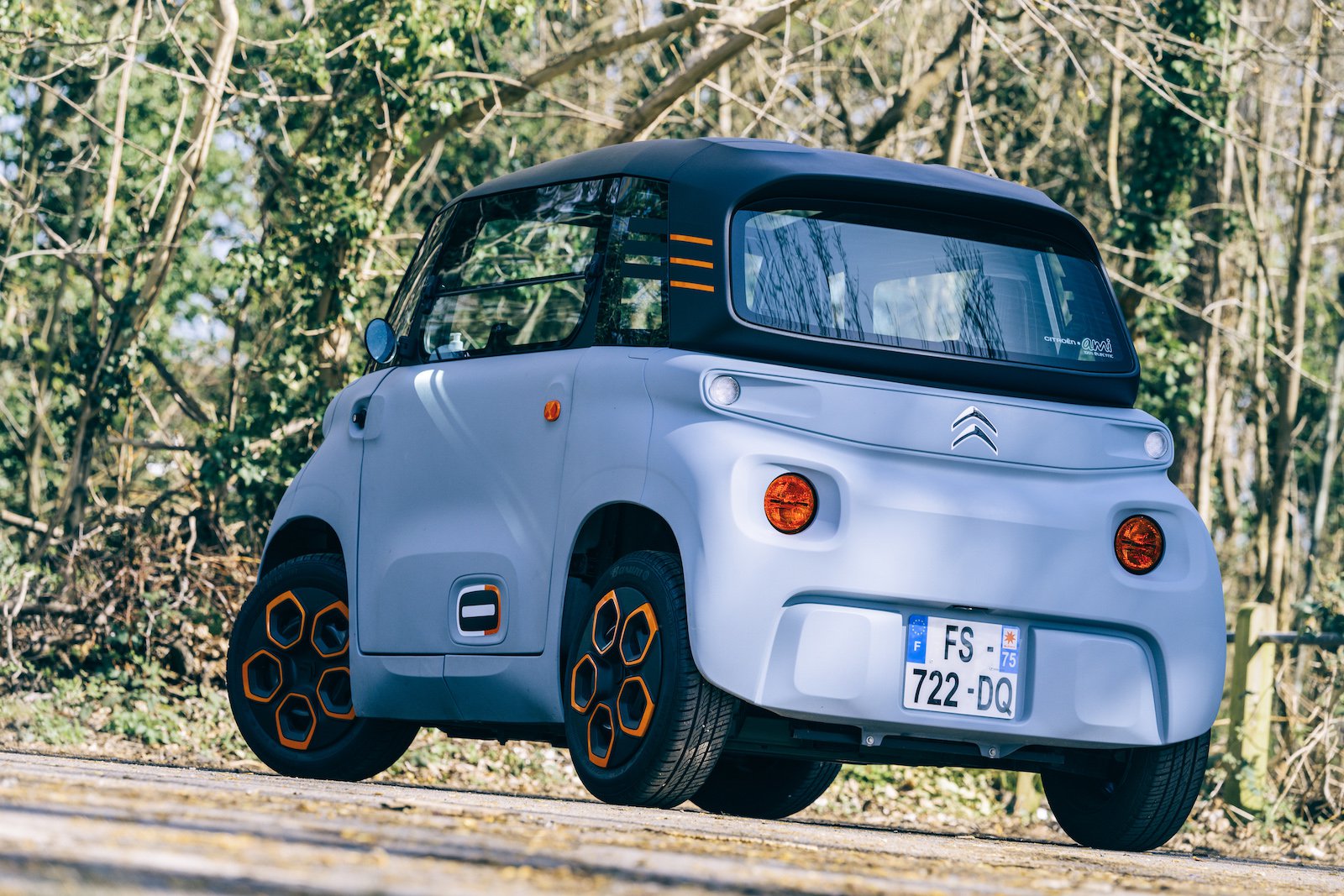