Even seriously tall drivers will have no issues with head or leg room in the Citroën Grand C4 SpaceTourer, and the bright and airy interior gives the impression that there’s even more space than there actually is.

The wide door pockets are easily big enough for large bottles of water and you’ll find a couple more stowage areas on the centre console – one between the front seats and another beneath the touchscreen. Both have lids, so they're great for keeping valuables out of sight. However, it’s a pity that the glovebox isn’t bigger and what space there is inside it is a rather awkward shape.

It’s a shame there isn’t a bit more stowage space in the rear. The door bins are tiny, and you won’t fit much in the nets on the backs of the front seats. Flair models come with handy cubbies in the floor, along with foldable picnic tables on the front seatbacks. 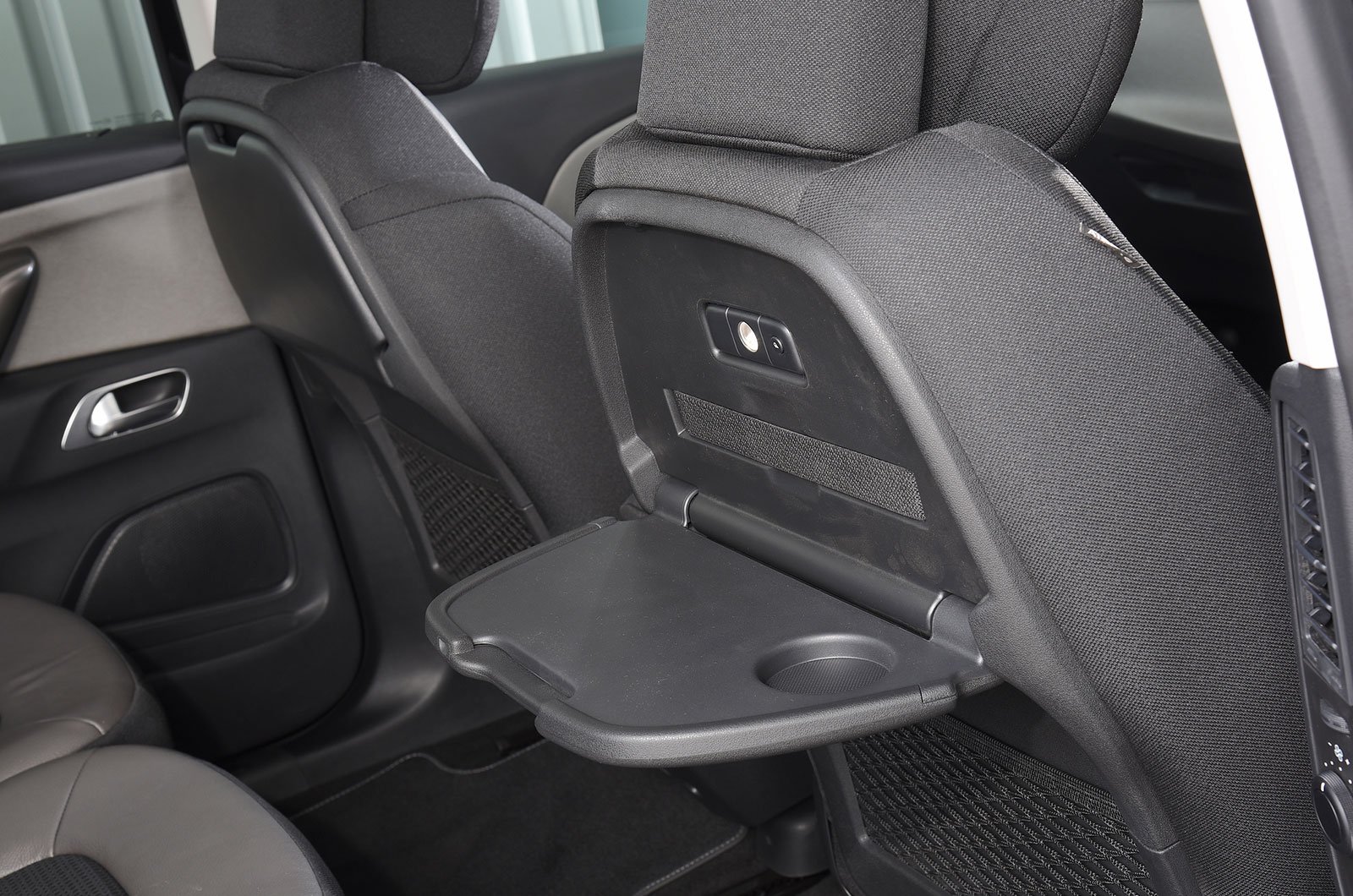 The three second-row seats in the Grand C4 SpaceTourer recline, and slide back and forth independently of one another. There's a tag you can pull to make them fold down and slide forwards, giving surprisingly good access to the third row.

The second and third rows can also be folded flat. Pulling the rearmost seats back up again is easy to do with a single hand – you simply tug a cord. However, the second and third rows in a Touran are even lighter and easier to move into your desired position. The Jogger can’t stow away its third-row seats flat into the boot floor, but they can be removed entirely.