So far, we’ve driven the 128bhp version. We find acceleration laboured, while the engine noise is pretty distracting. At motorway speeds, the engine is noticeably quieter (although wind noise is still quite bad) – just don’t expect to be able to pull off any ambitious overtakes.

With that in mind, we’d avoid the entry-level 104bhp unit unless you’re sticking to urban environments. The 168bhp version is worth considering since it’s not much more expensive to buy or run. That said, we’d need to try it before we can tell you for sure.

A six-speed manual comes with all engines, although we have yet to try this. Opt for the 128bhp or 168bhp engines and you have the option of a six-speed auto ’box. While its shifts aren’t lightning quick, they are smooth enough to avoid any jerky or uncomfortable changes and, at low speeds, you won’t have any complaints. That said, the eight-speed auto in the Citroën Spacetourer is even smoother.

For a van, the Tourneo Custom handles quite well. The steering has decent weight and is nimble enough (for a van), but it does feel quite slow, so a stretch of twisting country road will give your arms a good workout. There’s a fair bit of body roll, too, but none more so than you would find in its rivals. Let’s be honest, though – you won’t be hot-footing this around Welsh B-roads. Around town and on the motorway, the handling is as stable and predictable as you’d need for this type of car. It also has a usefully tight turning circle.

The ride, meanwhile, is as compliant as you could hope for in this class. Over a silken stretch of road, it will carry you along nicely, but it can get quite crashy and bouncy over broken stretches of Tarmac. It does quite well to absorb big imperfections in the road, although there’s quite a bit of suspension noise when it does so. In this respect, the Tourneo Custom is better than the Volkswagen Caravelle and Mercedes-Benz V-Class. 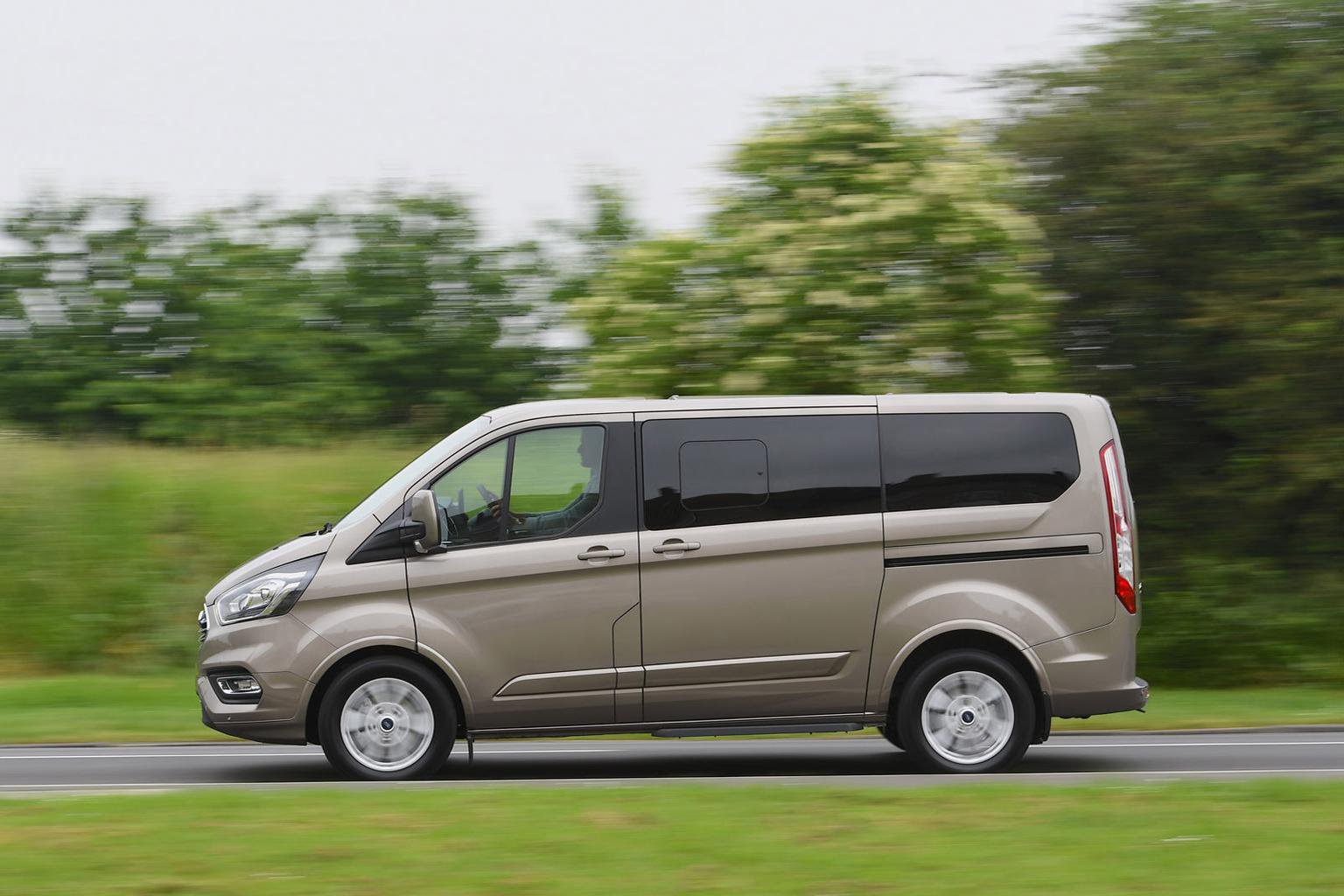