The 178bhp diesel model (badged D180) is our pick of the range, pulling eagerly enough from low revs and delivering perfectly adequate acceleration – even if it isn't quite as strong as the equivalent engine in the BMW 3 Series or Audi A4. Four-wheel drive is available, but, since the rear-wheel-drive version is cheaper and more economical, we wouldn’t bother unless you live in a part of the country that regularly gets snow.

The alternatives are the 247bhp and 296bhp 2.0-litre turbocharged petrols (P250 and P300 respectively); the former being offered only with rear-wheel drive and the latter exclusively with four-wheel drive.

Though it needs to be revved to get the most out of it, even the 247bhp P250 is punchy enough to negate the need and expense of the 296bhp P300. The other reason you should stick with the cheaper petrol is the eight-speed automatic that comes as standard on all XEs. It’s smooth enough in ordinary driving, but can be a bit sluggish to respond when you ask for a quick burst of acceleration. That rather undermines the point of plumping for the most potent petrol.

Avoid the R-Dynamic styling pack, which also includes stiffer suspension on rear-wheel drive versions, and the XE is a really comfortable car. The ride is well controlled but supple enough to take the sting out of potholes in town, and is wonderfully settled on the motorway.

You can add optional adaptive shock absorbers, but the standard set-up is so good that we'd save the money. Even the relatively big 19in alloys that come with HSE trim don't ruin its ride comfort. You can’t add the optional 20in alloys without having adaptive shock absorbers, and since they compromise the XE’s low-speed ride while adding extra cost, we would avoid them. 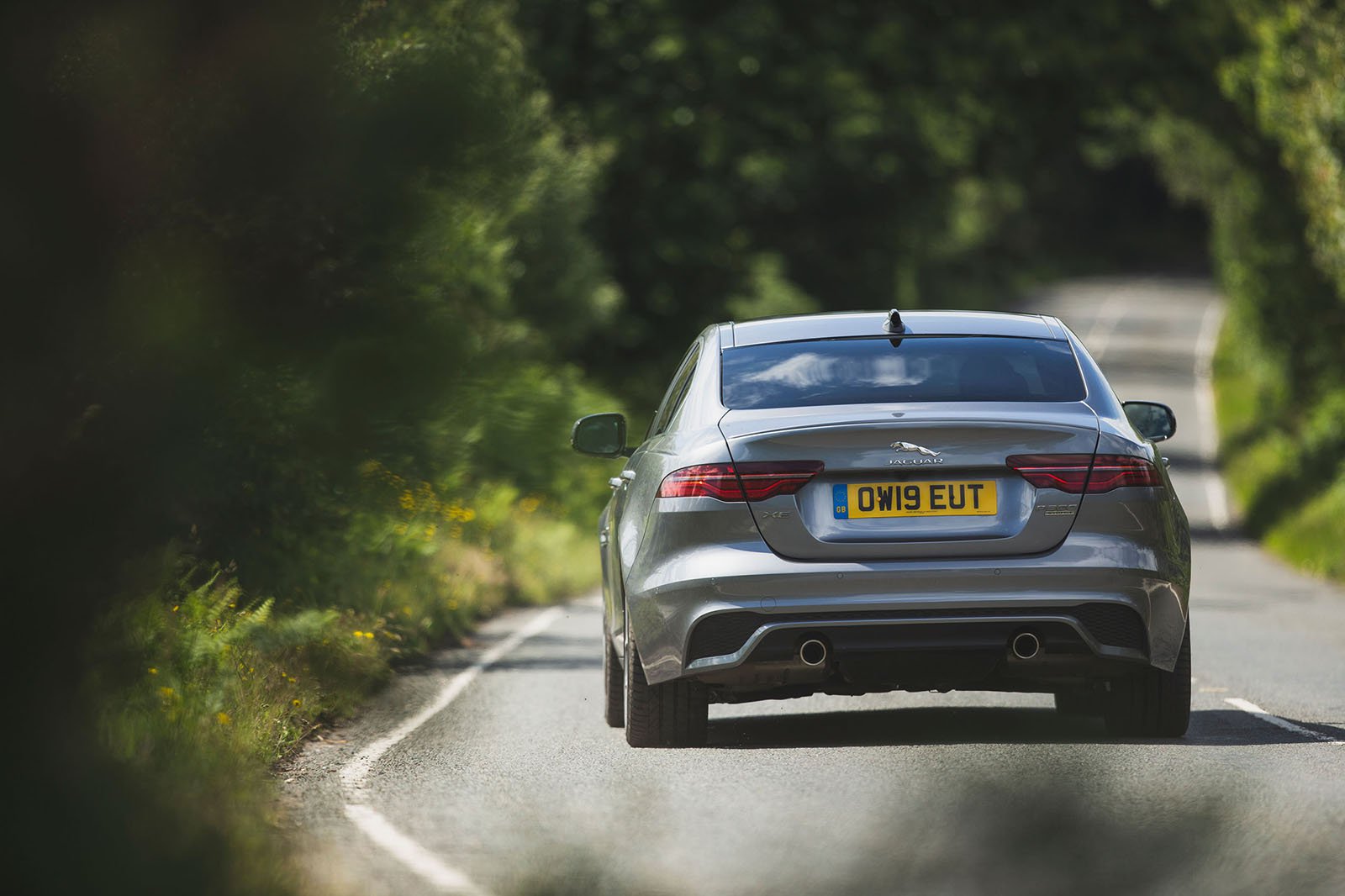 Look no further if you’re after a sporty executive car. The XE handles superbly, darting into bends and staying flat and composed through all manner of twists and turns.

It also grips well, and the steering on rear-wheel-drive versions is sharp and precise. On four-wheel-drive XEs, it doesn't respond or weight up quite as consistently, but is still very good.

While the lowered R-Dynamic models have the sharpest handling, they sacrifice ride comfort compared to the fluid-feeling standard XE so we don't reckon the compromise is worth making.

The D180 diesel is no noisier than the equivalent C220d engine in the Mercedes C-Class. Mind you, BMW’s 320d is quieter than both, while none of those cars is as smooth or hushed as the Audi A4 40 TDI. The XE’s stop/start system could also be better because there's a pronounced shudder when the car rumbles back into life.

Predictably, things are better in the P250 petrol, which revs smoothly to its red line yet fades to a background murmur once you’re up to cruising speed. Just don’t expect it to ever sound particularly sporty. Avoid the biggest wheels and road noise isn’t much of an issue, while wind noise levels are perfectly acceptable, even at higher speeds.