Many years ago, if you were after a sporty compact executive saloon your default purchase was nearly always the BMW 3 Series, which usually seemed to have enough class and dynamic prowess to edge it ahead of its two closest rivals, the Audi A4 and the Mercedes-Benz C-Class.

Since 2015, however, there’s been another option: the Jaguar XE. Here is an executive saloon with an aluminium chassis and a traditional rear-wheel-drive layout that successfully combines plenty of driver appeal with all the style, equipment and respectable running costs that owners of cars of this type desire.

Petrol engine options range from a choice of 2.0-litre engines in two varying states of tune, up to a swift supercharged 3.0-litre V6 version. Diesel options include three differing 2.0-litre engines, a slightly lacklustre 161bhp one, a punchy but gruff 178bhp version and a 237bhp 25d four-wheel-drive model that is swift but thirsty.

There’s a wide range of trims, too, stretching from well-equipped SE right up to luxurious Portfolio, and taking in our favourite, Prestige, which comes with a host of goodies including dual-zone climate control, automatic lights and wipers and heated leather seats.

It’s good on the road, too: it’s refined on the motorways and the ride, though it can be a little on the firm side, is comfortable. True, there are others that are better finished inside and more spacious, but none handle as sweetly - if you’re after a sporty executive saloon look no further. Indeed the car’s best qualities are its fluent, consistent and uncorrupted steering, its balance and precision when cornering and its expertly judged blend of body control compromised against a mostly supple and quiet ride. On all of those fronts, it was for a long time the king of the compact executive class, perhaps only bettered by certain versions of the BMW 3 Series.

Inside, the XE adopts a similar position to those of the XF and XJ relative to their market rivals. It’s not quite as plush or as accommodating as some at the price, but it makes a virtue out of its simplicity and compactness.

Occupant space for the driver is adequate, but snug rather than generous. A slightly high-mounted seat combines with a typically graceful swooping Jaguar roofline to limit head room for taller drivers.  In the rear, space is broadly competitive, although short of the standard of the most practical compact executive saloons, so full-sized adults may struggle a wee bit for knee and head room. The boot is a fair size but the Audi A4 and BMW 3 Series offer a little more cargo space.

Jaguar isn’t known for outstanding material interior quality and it won’t be changing its reputation by out-dazzling the likes of Audi and Mercedes with the XE. The car’s interior is nonetheless very pleasant, fairly luxurious and consistently well-finished.

The black plastics and leathers can be a bit plain, but lighter and more visually appealing two-tone upholsteries are also offered. The car’s switchgear is all either grained or rubberised, and its instruments are pleasingly conventional and clear.

Overall, the XE has done a successful job of enhancing Jaguar’s reputation as a builder of high-ranking mainstream cars, easily capable of taking on its rivals and beating them, and now it’s a serious contender if you’re after a desirable used purchase, too.

In 2019 the XE received a major facelift, with styling tweaks inside and out and new touchscreens and upgraded materials for the interior. The engine range was reduced to a single diesel, the 178bhp D180, and two petrols, the 247bhp P250, and the 296bhp p300, all available in rear or four-wheel drive forms. 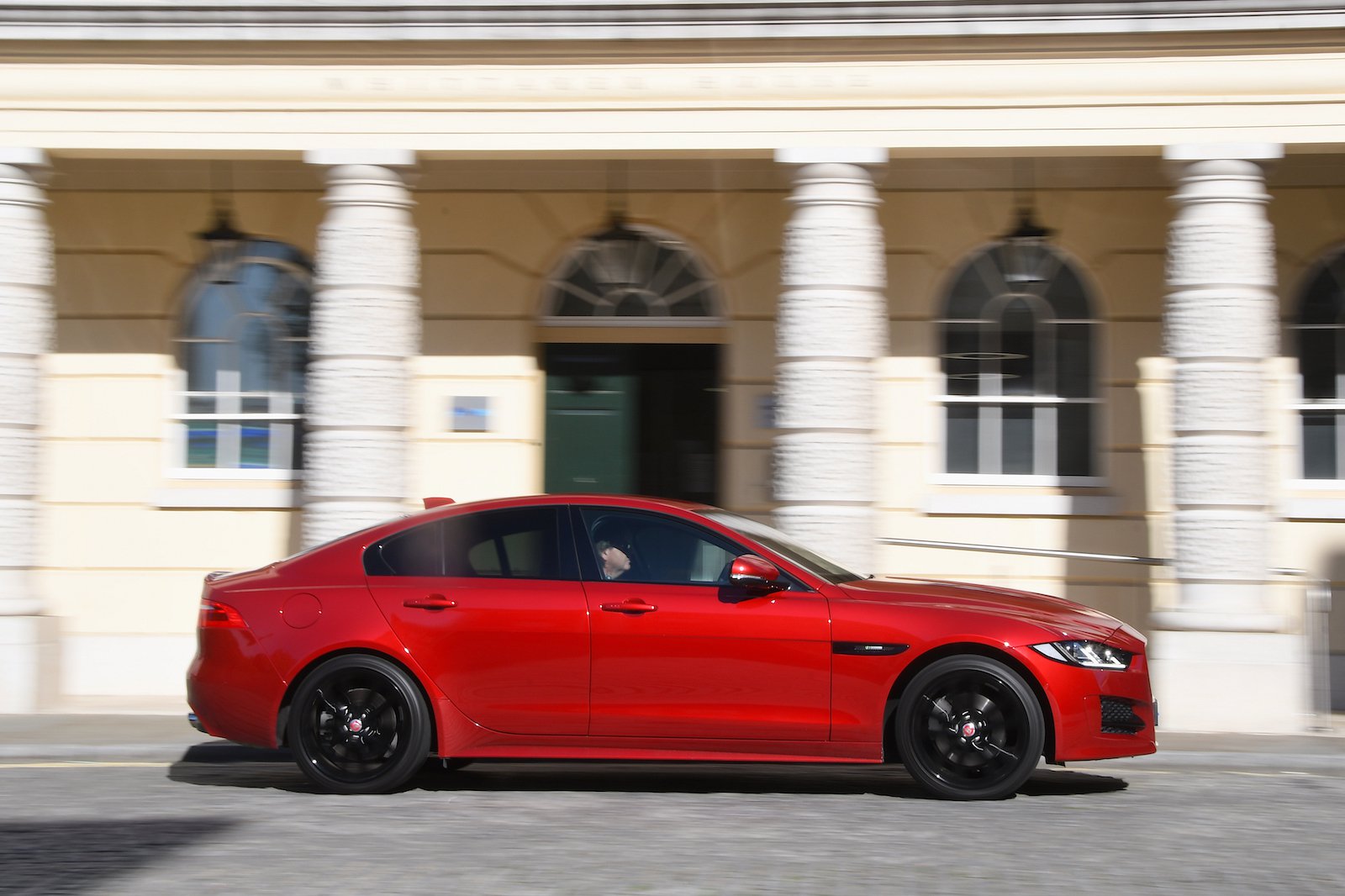