Starting with passenger space, neither driver or front passenger should have any trouble covering long distances in the VN5. The interior is wide enough that won’t spend your journey rubbing shoulders with your passenger, and even taller drivers should have enough head and leg room. A central armrest wouldn’t go amiss, though.

Now, don’t go thinking that because of its hefty battery pack and range-extender engine, the VN5 can’t still carry enough to be useful. In fact, with a maximum gross payload of 830kg, the VN5 can carry comfortably more than its rivals. The loadspace measures 5.5 cubic metres, enough for two Euro pallets, and those pallets can be loaded from either the side or the rear thanks to the VN5’s side door.

There’s only one configuration of the VN5 for now, but LEVC says it’s been designed to be as easy as possible for aftermarket fitters to perform modifications such as installing racks and shelving inside for various business uses. 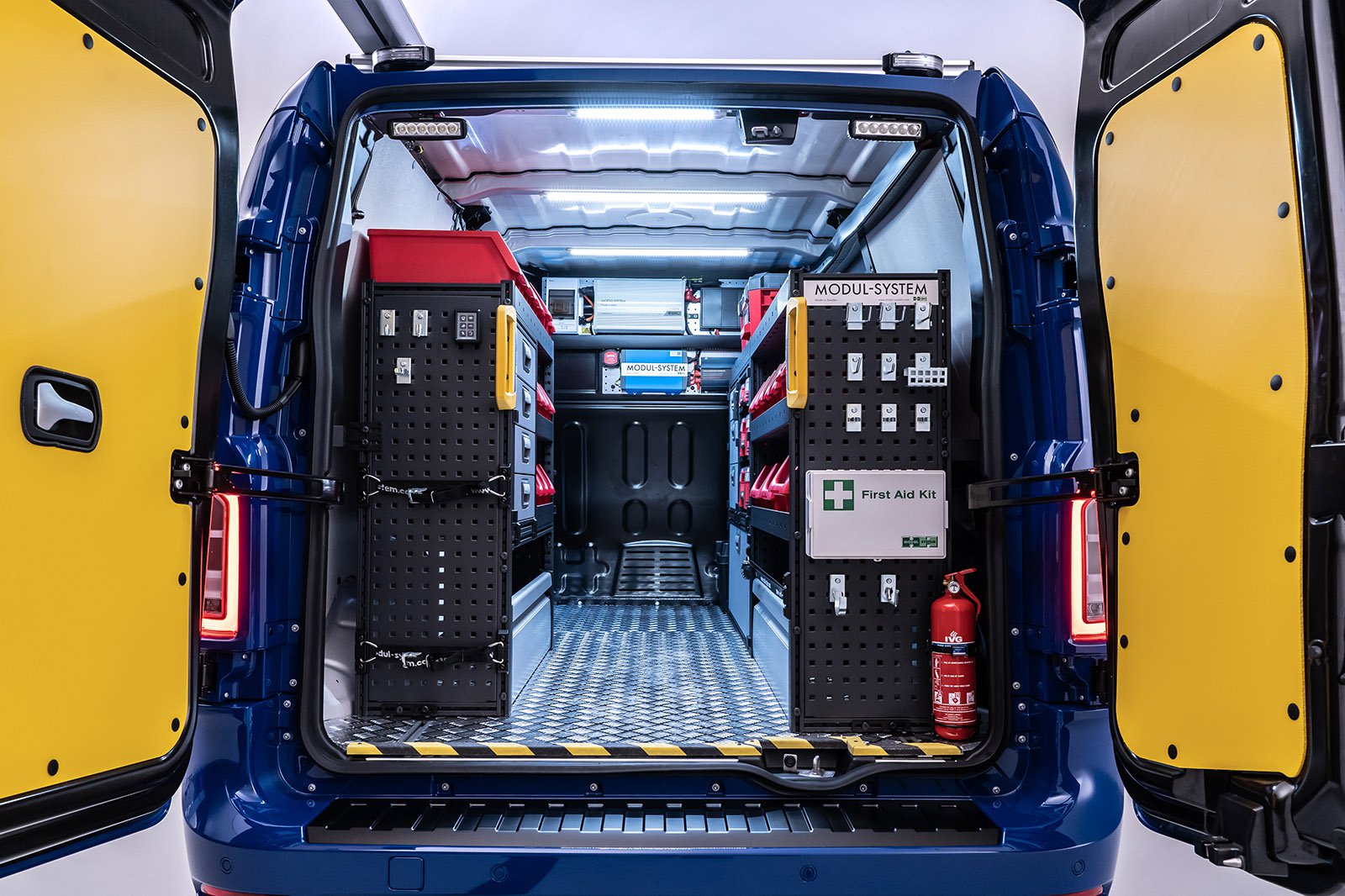