You get a choice of two engines for your G-Class: a sensible 3.0-litre V6 diesel in the G350d or, if you really want to push the boat out, a 5.5-litre V8 with a pair of turbochargers in the AMG-fettled G63. Despite this huge SUV weighing at least two and a half tonnes, we’d argue the diesel is as much engine as most will need. It offers plenty of pull from low in the rev-range, so accelerating up to motorway speed is easy.

However, while acceleration is fast in a straight line, try to use the power while turning and you’ll have the stability control light flashing away. The G-Class’s high ground clearance and soft suspension are great on the rough stuff but hurt its handling.

The G-Class isn't an especially smooth cruiser, either. Even with adaptive suspension fitted, the live rear axle – a setup that incorporates the car’s driveshafts and differential in a single, rigid unit – causes the car to jostle and heave around on scruffy road surfaces and your head will be thrown around on undulating country roads, even in the suspension’s comfiest setting.

Given that its mechanical basic layout is similar to the Mercedes X-Class’s, it's no surprise that the G350d feels very much like a well-sorted pick-up truck on the open road. That said, while handling isn’t great by the standards of the luxury SUV class, it'd be missing the point of the G350d somewhat to sign off here, because the G350d has always been a rugged 4x4 in the old-fashioned sense. This latest version certainly holds true to that.

Indeed, a low-range gearbox, differential locks and long suspension travel means the G-Class really is very capable in the rough stuff, aided by the freedom of movement of that live rear axle. And even if you’ve bought one with no intention of scuffing its expensive alloy wheels doing something as crazy as driving it off road, there's something rather nice in knowing that if you need to, it can. 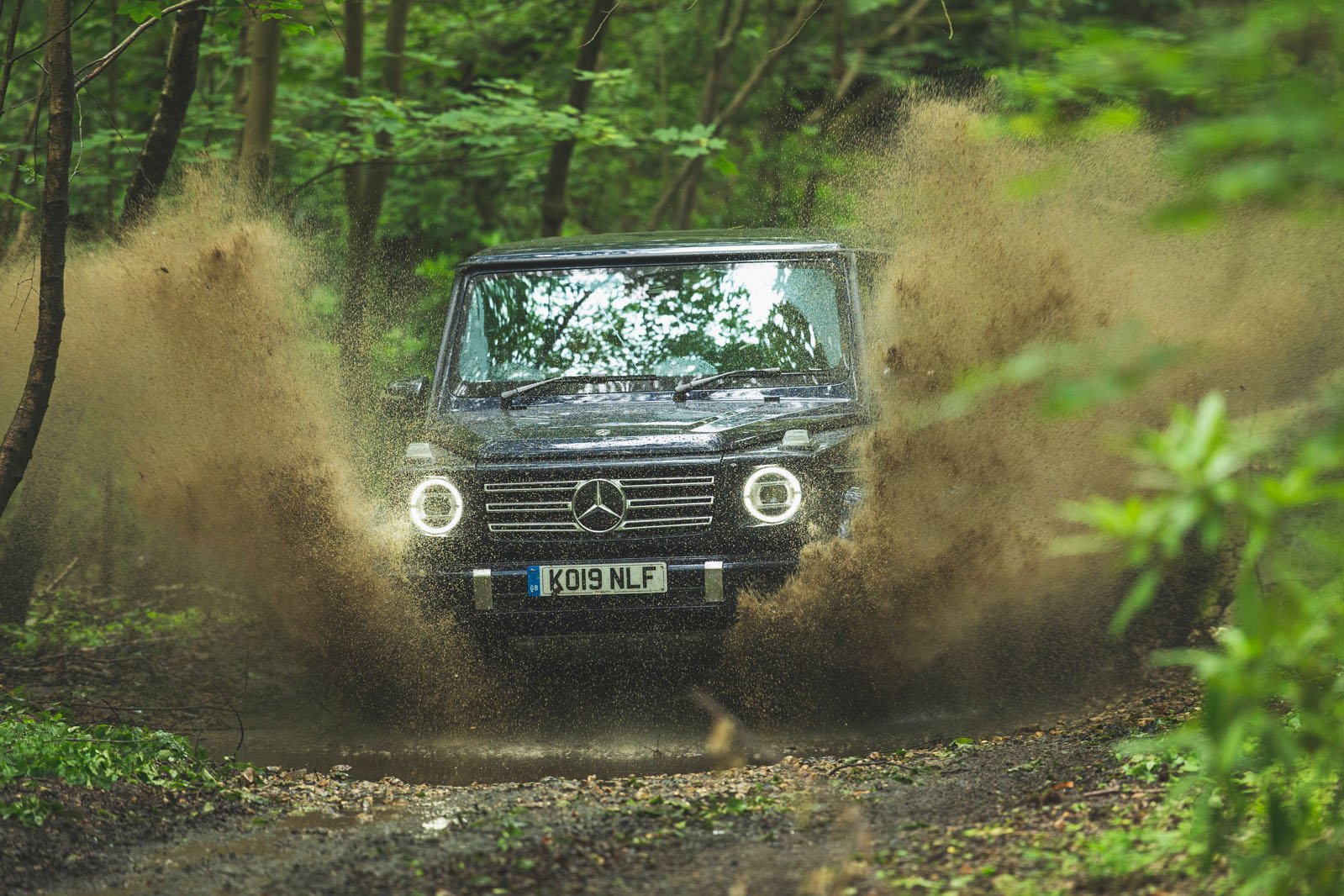