The Mercedes S-Class engine range kicks off with the 2.9-litre six-cylinder S350d diesel. Its 282bhp is enough for 0-62mph in 6.4sec and, when you put your foot down, it feels more than strong enough, even in a car of this size. Importantly, considering this is luxury transportation, there's no need to thrash it to make swift progress. If you want more oomph, there's also the 326bhp S400d, which reduces the 0-62mph dash by a second.

If you’re looking for something even more urgent, you’ll need the S500, which is our pick. Its 3.0-litre six-cylinder petrol engine produces a substantial 429bhp, dropping the 0-62mph time to just 4.9sec. Mild hybrid electrical assistance sharpens up the automatic gearbox's kickdown response and the engine's low-end shove, so it's another engine that feels brisk without trying.

Why have we given it four stars, rather than five? Well, the Audi S8 and V8-engined BMW 750i make even the S500 look a touch sluggish. You'll have to wait for the AMG version to keep up with those.

On motorways, in particular, the S-Class is exemplary. Its air suspension irons out dips and crests exceptionally well, and it's one of the few cars in the world in which passengers can lie back with their head against the headrest and not have it kicked forwards over every bump. Therefore, it's absolutely spot on for any cut-and-thrust tycoons that like to nap.

The S-Class is comfier than the BMW 7 Series. That said, the broken edges of potholes cause a little bit more of a thump than you'd feel in the Audi A8, especially at town speeds. 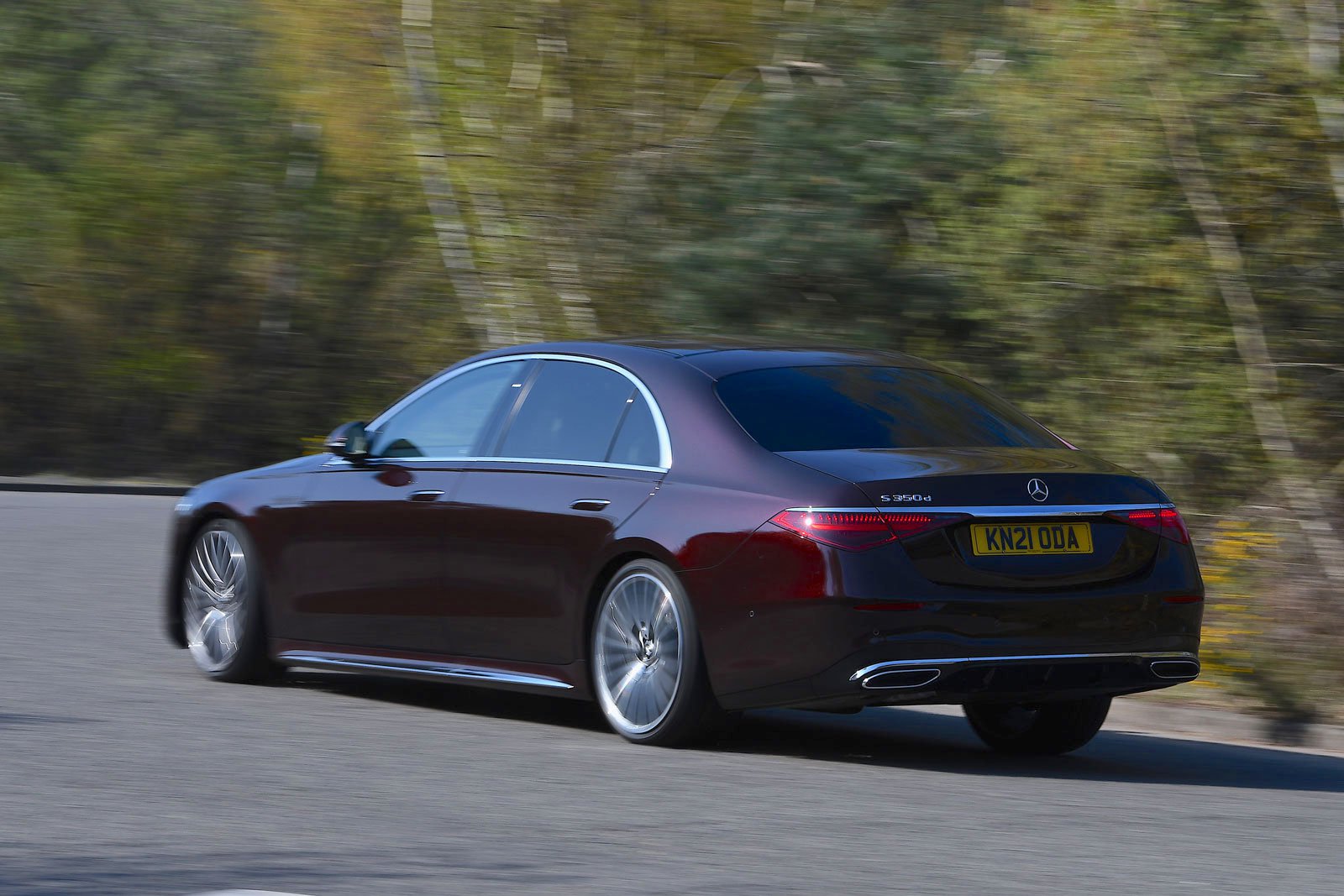 Even without investigating the various drive modes and the S-Class’s sportier settings, you’ll find it's a very capable-handling car. The steering has plenty of reassuring heft and precision, so you can place the long nose easily.

There’s a fair bit of body lean, even with the suspension stiffened up, but it provides plenty of grip and reassuring stability – more so than the Range Rover. If for some reason you want your luxury limo to handle more like a sports car, we’d point you towards the 7 Series. Alternatively, we're expecting the upcoming swifter and stiffer Mercedes-AMG S-Class to feel more agile.

Refinement is hugely impressive if you opt for the Mercedes S500. It's smooth and quiet and you're rarely aware of the nine-speed automatic gearbox swapping cogs. The mild hybrid assistance also means the engine can start and stop quickly, quietly and smoothly in traffic, or turn off altogether to let you coast at speed in Eco mode.

The six-cylinder diesels don't have the mild hybrid tech, and the first thing you notice is that there's a slight shimmy as they start and stop in traffic. There's also a bit more rumble when you put your foot down and slight vibrations through the steering column on occasions.

There is some road roar and wind noise at 70mph but, as you'd expect, the S-Class is far from rowdy on motorways. The A8 is just a tad quieter, though.