15 simple reasons to leave the car at home

Right now, we’re all looking for ways to help cut our daily living costs and lead a healthier, more environmentally friendly lifestyle. And while it may seem strange for What Car? to be telling you to leave your car at home, we all need to look beyond the wheel from time to time to better our lives.

In fact, thinking differently about driving is why we’ve partnered with Vitality as our Official Car Insurance Partner. Vitality thinks good driving, and even leaving your car at home, should be rewarded, and is offering a new type of comprehensive car insurance that actively rewards you when you drive well or for car-free days with regular monthly rewards and up to 25% cashback per month on your policy (worth up to £98 a year).

Vitality’s in-car Good Driving Sensor and smartphone app work like a smartwatch for your car – recognising where you drive well, based on the ABCDS of Acceleration, Braking, Cornering, Distraction and Speed. Stick to these core principles, and you’ll not only save money on your insurance, but become a better and more fuel-efficient driver. Vitality will even offset up to 100% of your daily carbon emissions.

So, from slashing fuel bills to reducing stress, here are all the reasons why it makes real sense to go car-free.

1 | Cut your weekly fuel bills: Until recently, fuel costs have been at an all-time high. While prices have slowly started to drop in recent weeks, heading to the pump is still incredibly expensive. In fact, to run an average petrol car for 10,000 miles per year while achieving roughly 40mpg would cost around £1965[1]. If you were to cut your weekly mileage by just 42 miles (six miles less a day), you could save over £400 a year. So, it’s clear that every time you ditch the car, the savings soon add up.

2 | It’s healthier for you: A recent study suggests that people who frequently use public transport accumulate significantly more moderate and intense physical daily activity than those who travel by car, thus resulting in a healthier lifestyle.[2] So, by ditching the motor and choosing to walk or cycle instead – whether it’s for the daily commute, or a trip to nearby shops – it all adds up to help you lead a healthier lifestyle.

3 | It’s healthier for your kids: A generation ago, 70% of British children walked to school. Now, less than half do, despite studies showing that children who walk or bike to school tend to be more focused and are less likely to be overweight[3]. The school run is also a chance for you to get some exercise. So, join the kids and walk to and from school, rather than taking them by car. It’s a great way to spend time together, rather than battling traffic, and you’ll all be healthier for it. 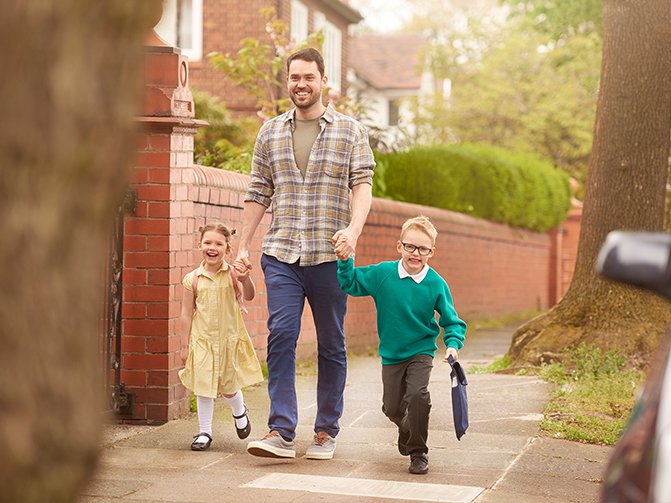 4 | You can extend and enhance gym workouts: Get more out of your workouts by walking, cycling, jogging or running to the gym. You’ll arrive warmed up and raring to go, helping you make the most out of every session.

5 | Be healthier (and save money) by swapping four wheels for two: A study by Harvard University suggests biking at a moderate speed for 30 mins a day could burn upwards of 200 calories[4]. Many employers offer bike-to-work schemes, which let you save at least 32% on the purchase of a new bike and equipment. So, as well as earning Vitality points for leaving the car at home, and burning more calories, you can also get a better bike for less. 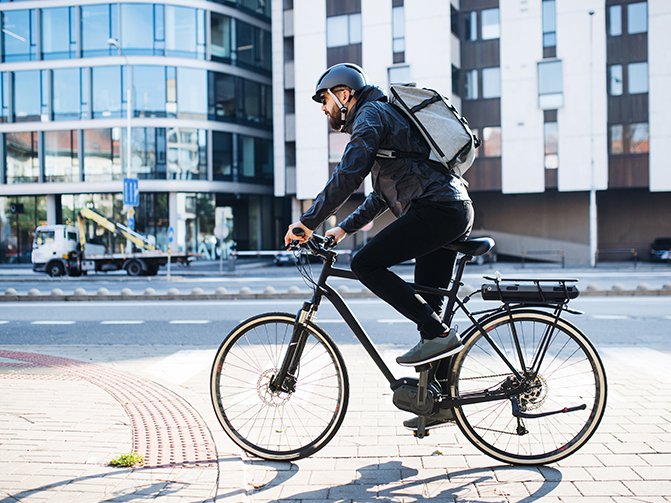 6| Ditching the car can reduce stress: A 2018 report claims that nearly half (43%) of UK drivers have been victims of road rage. Not only is road rage dangerous, but it can cause huge amounts of stress. By leaving the car behind, you can enjoy your commute, trip to the shops, or school run without worrying about traffic jams, parking or navigation issues.

7 | Go public to lower your CO2: Globally, transport accounts for around a quarter of CO2 emissions[3]. By swapping from your car to public transport, you can help reduce your impact on the environment. For example, a local bus emits just over half the greenhouse gases of a single occupancy car journey, while a train is as little as 20%[3]. 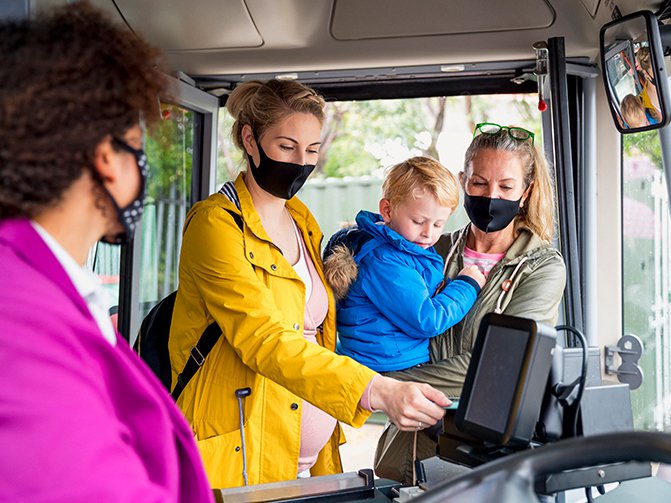 9 | Learn more about your area and support local businesses: When you drive, you’re limited to the sights along main roads and at your start point and destination. By ditching the car, you can find the charming hidden secrets of your village, town, or city. Walk or cycle and you might find quaint coffee shops, oddball local stores and interesting sights. 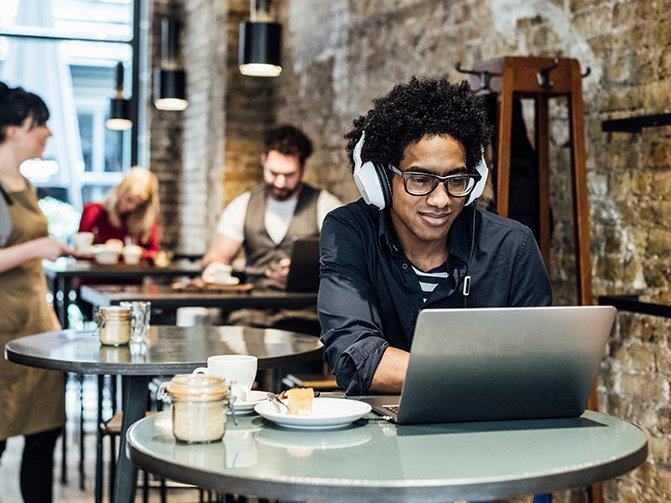 10 | Expand your horizons or be more productive: When driving, you’re limited to listening to music, podcasts or the radio. Even hands-free Bluetooth phone calls can be a distraction. Take the bus or train and you can catch up with emails, read a book, call friends, do personal admin, play a game, or you can even catch a healthy 40 winks.

11 | Spend better-quality time with family and friends: Car journeys can be good fun, but getting on a train can be even better. Whether you’re on a family day out or off for a city break with friends, getting round a table to play games, have a face-to-face chat, grab some food or just have a laugh is a great way to spend quality time with the people that matter to you. 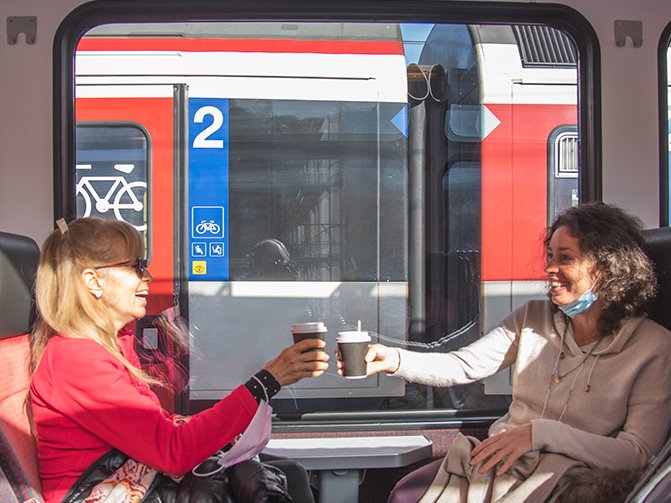 12 | Enjoy your night out that little bit more: You should never drink and drive; so how about taking the driving out the equation? Without your car you can have a much more relaxed and stress-free night out with friends or family.

13 | Get to know your colleagues by carpooling: By commuting with colleagues, you can each take turns to earn points on your respective Vitality car insurance and create stronger bonds outside of work. 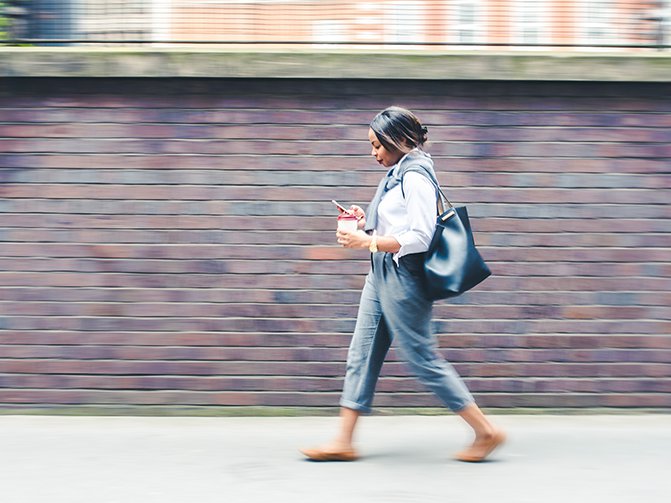 15 | Lower insurance costs: Fewer miles and no business use tends to result in lower insurance premiums. Also, by driving less, your risk of an accident reduces massively, whether through another driver or an unexpected hazard. Drive less, save money.

So, there we have 15 reasons to leave your car at home more often – helping you to improve your health, reduce harmful emissions, save money and, importantly, earn points through your Vitality car insurance, which gets you rewarded with partners.