In our 2017 Reliability Survey, we asked more than 14,200 people to tell us about any faults their cars have suffered during the past year. These are the results for coupés and convertibles aged... 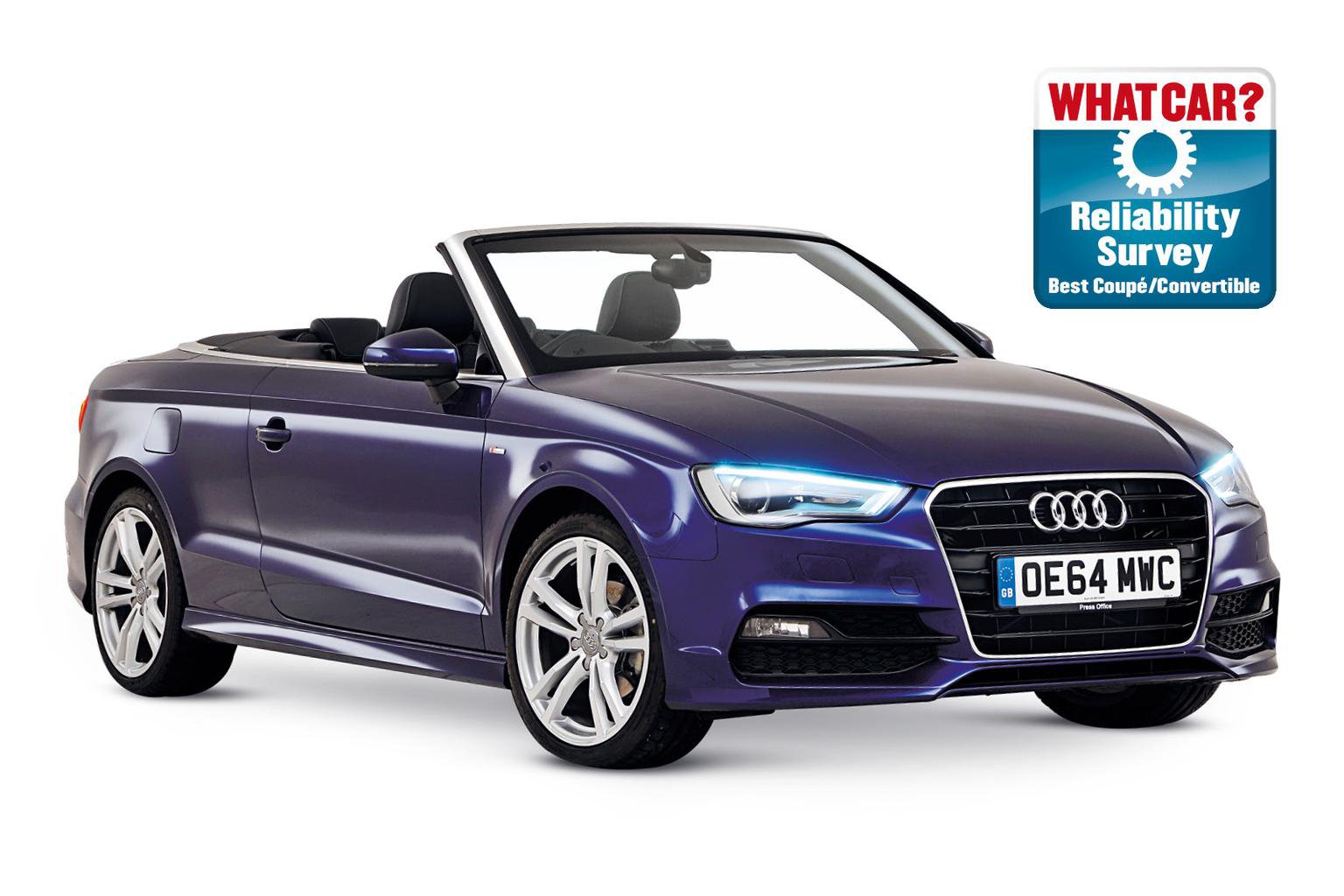 Audi's A3 Cabriolet isn’t just practical with plenty of space; it’s robust, too. Just 10% of cars had a fault; all related to non-engine electrics and were fixed under warranty in less than a week.

The coupé and convertible versions of BMW’s 2 Series perform almost as strongly as their fellow German four-seater. Less than 13% of cars had a problem, and although only half of those were fixed in less than a week, most were minor and no charges were made for repairs.

The Mercedes-Benz E-Class Cabriolet isn’t quite as sturdy, with 20% of cars having a problem. The convertible roof and fuel system were mostly to blame, with the latter keeping a small percentage of cars in the garage for more than a week.

Problems with bodywork, non-engine electrics and interior trim blighted the performance of the Mazda MX-5, with owners reporting faults on 32% of cars. Although all were fixed in less than a week, only half were paid for under warranty, leaving a small percentage of owners with bills that ranged between £301 and £750.

Although 40% of Mercedes-Benz SLKs had a fault (with bodywork the biggest problem area), all cars were fixed under warranty and back on the road in less than a week.

Similarly, while the Audi TT appears in the bottom three, its reliability isn’t terrible. More than 31% of cars suffered faults during the survey period, but they weren’t major and all were fixed under warranty in less than seven days.